First-ever look inside Akron's Gun Violence Reduction Team, and the aggressive approach to get guns off the streets 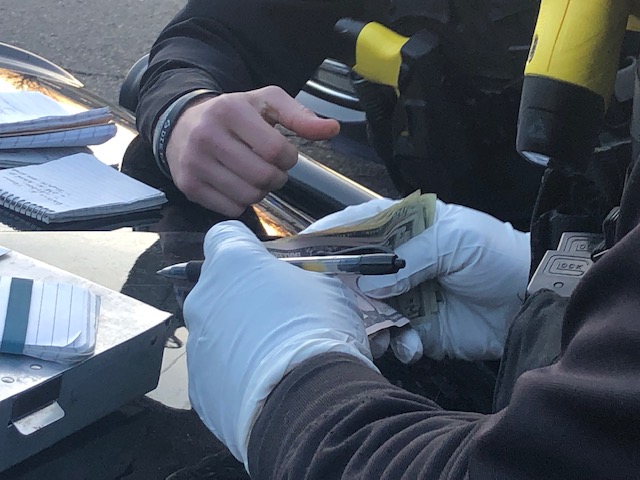 For the first time since its formation, the unit allowed news cameras to follow the officers as they made traffic stops and seized guns. 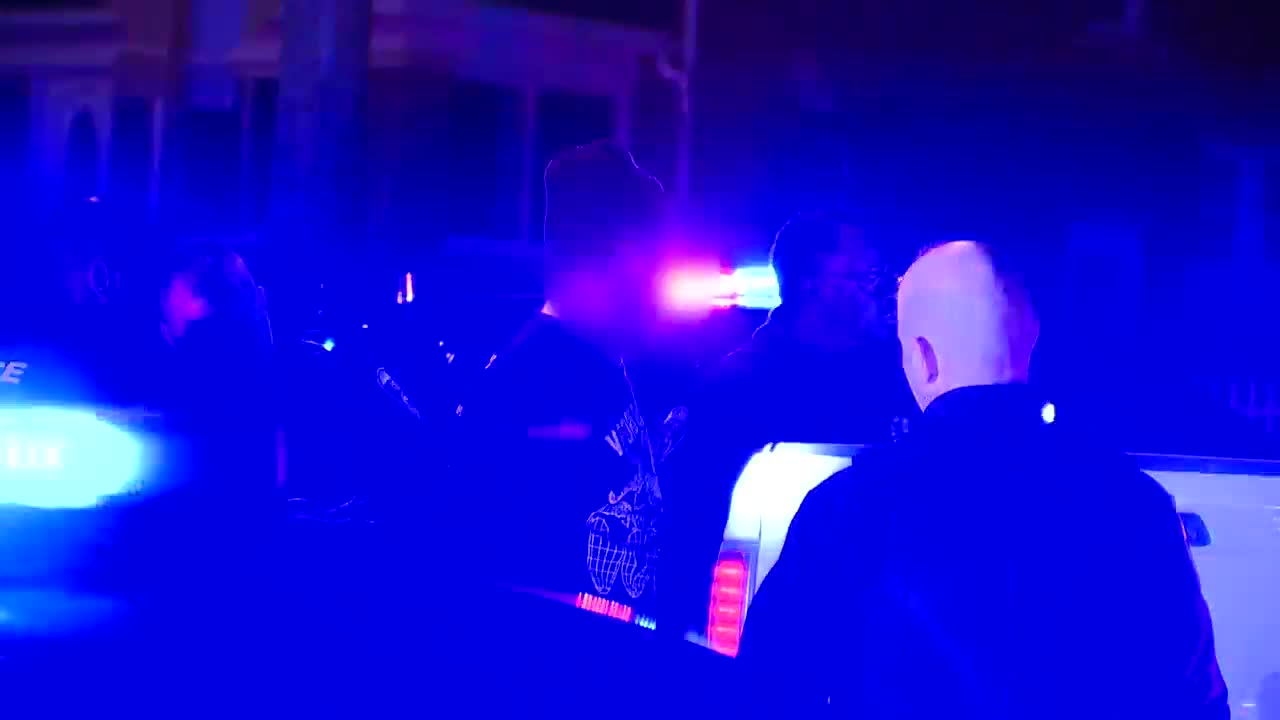 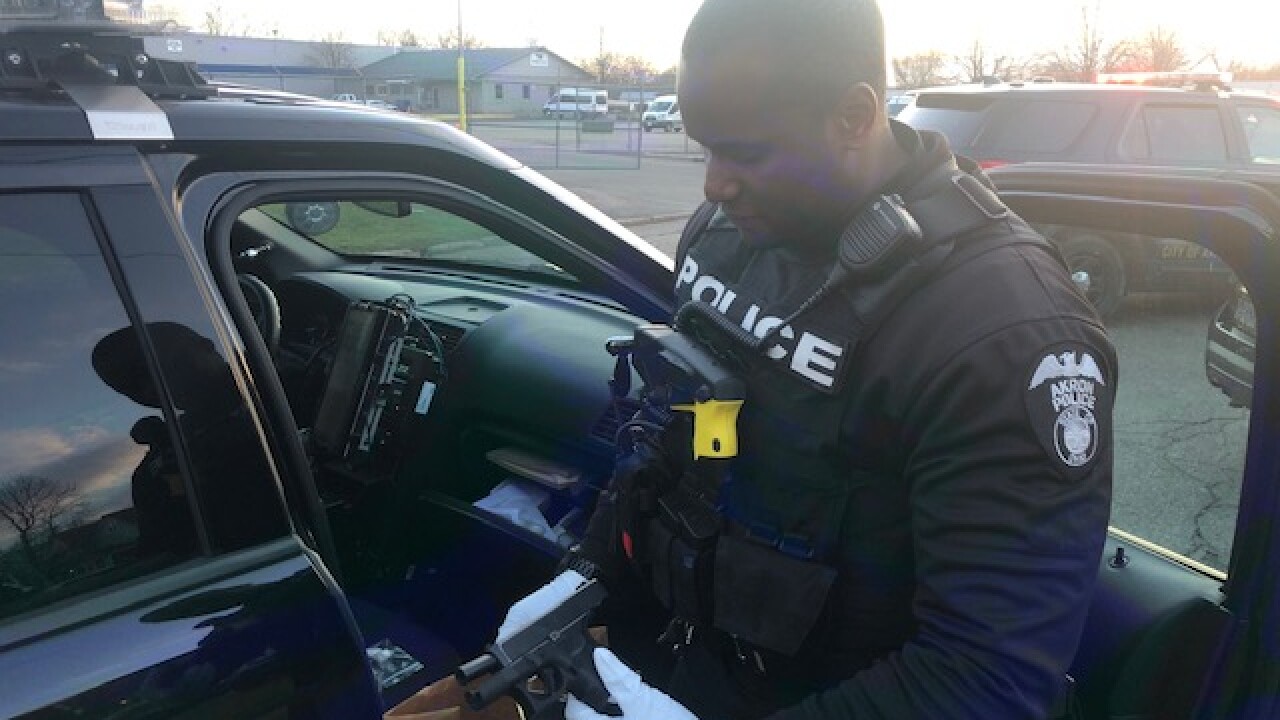 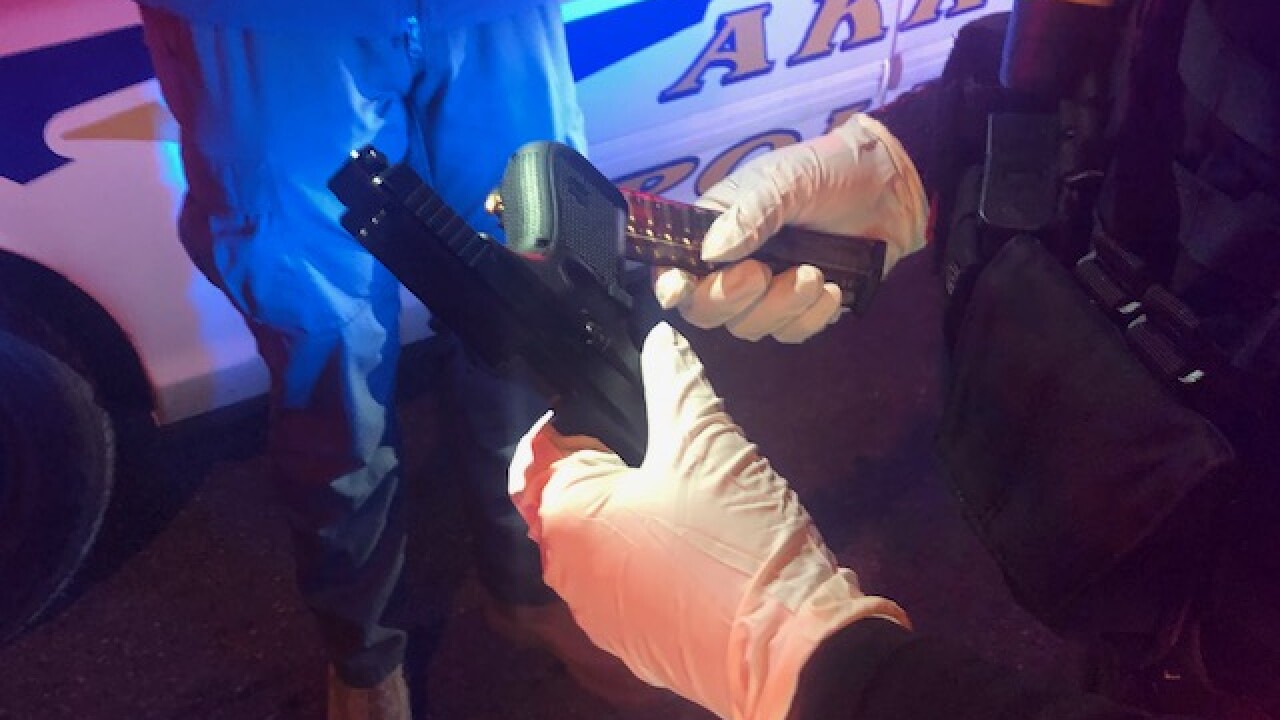 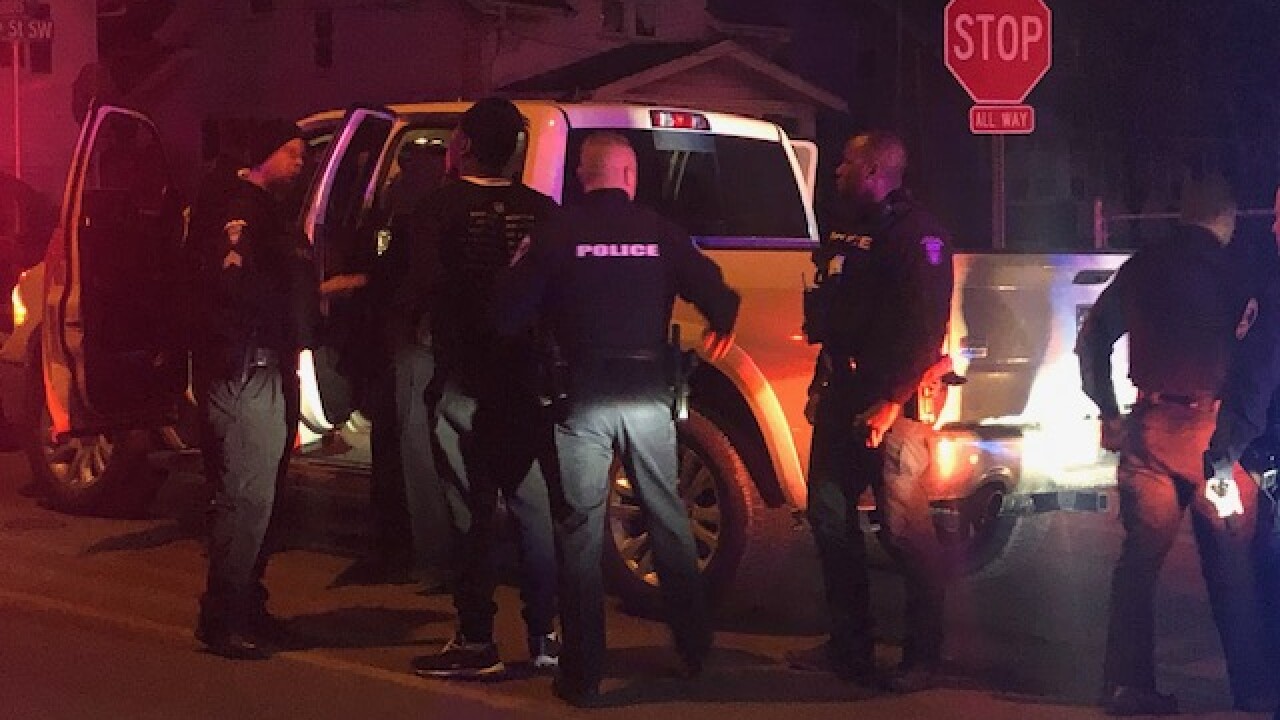 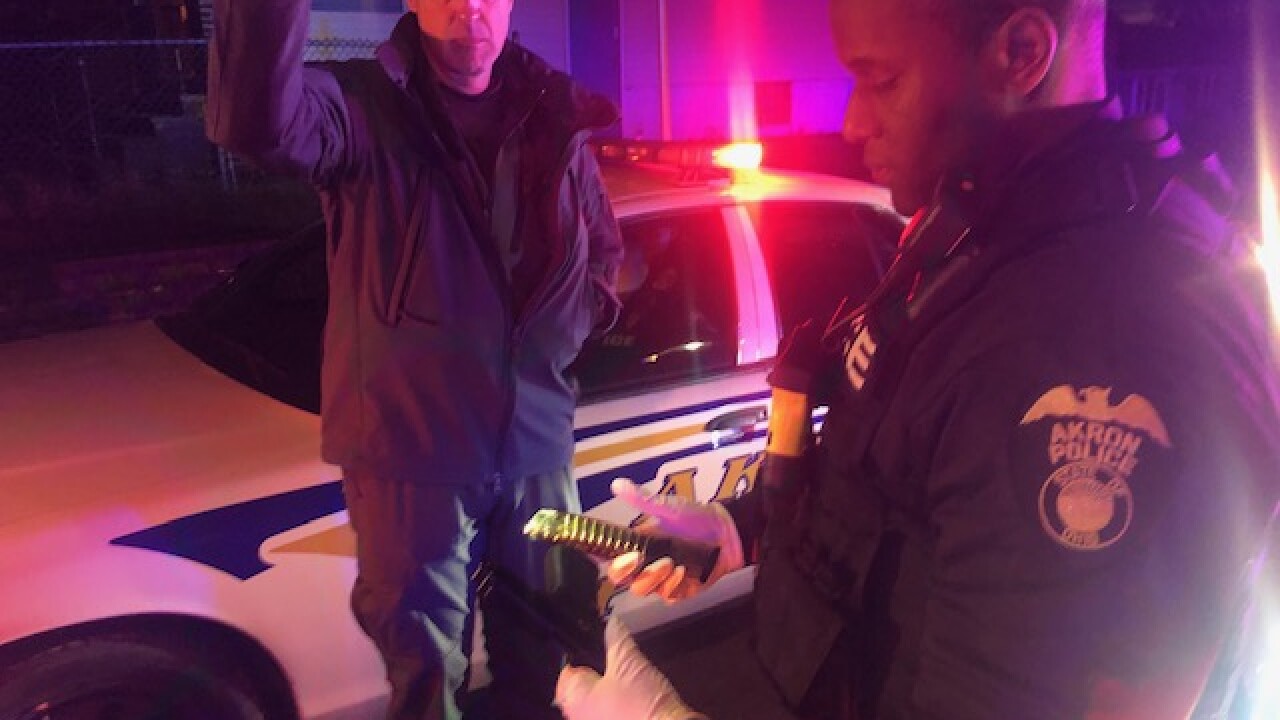 AKRON, Ohio — When Sgt. Dale Dorn hits the streets with other members of Akron's Gun Violence Reduction Team (GVRT), it often doesn't take long for the veteran cop to be reminded of the importance of the unit.

"Every night, you'll hear shots fired calls go out at least anywhere from four to five times a night," Dorn said. "The majority of the guys that are shooting don't have the conscience. They don't feel bad. There's no remorse."

The Akron Police Department created GVRT after receiving a federal grant in 2014. When the grant ran out, leaders of the department decided to keep the unit part of the annual budget with the goal of reducing violent crime and the number of guns on the streets.

For the first time since its formation, the unit allowed news cameras to follow the officers as they made traffic stops and seized guns. News 5 recently spent several hours with the GVRT in Akron's Kenmore neighborhood.

How the unit works

During that time, the unit, which works hand-in-hand with Street Narcotics Uniform Detail (SNUD), found three loaded guns in three separate vehicles-- a Glock 27, a Glock 19 with an extended magazine and .357 Magnum. They also seized wads of suspected drug money along with powder that appeared to be fentanyl.

Those in the cars were under surveillance. The drivers were either pulled over for traffic violations or were part of an "investigative stop" because someone in the vehicle was spotted leaving a known drug house. In each case, at least one person was taken into custody.

The unit also uses informants and scours social media to go after people who shouldn't have guns. Most of weapons are purchased illegally or stolen in burglaries, police said.

"We recognize violent criminals. We recognize areas in the city that have a propensity for gun violence," said Lt. Jason Malick, who oversees the unit. "Our guys target the guys who are committing the crimes, so it's not random. They're not randomly pulling people over."

The GVRT, which also has four detectives, has seized more than 500 guns in five years. That doesn't include hundreds of other guns that other APD officers have removed from the streets during the same time period.

Akron keeps track of its firearms related incidents-- any case where a gun is fired.

According to statistics released to News 5, shots fired calls in the city are up 11% compared to this same time last year.

"Sometimes we make gun arrests and the individuals are back on the streets before the end of the week," Malick said.

During the first five months of 2019, police have investigated several shootings where people were killed, hurt, or terrified after shots were fired into homes or cars.

In February, Patti Duplaga, an Akron grandmother, was driving on Thurmont Road, heading to a physical therapy appointment when one bullet hit her tire and another traveled through her hatch and into a back passenger seat.

"I could not be here at all," Duplaga said. "What possesses somebody to think we just go out in the middle of the public street and start shooting at one another," Duplaga said.

Several other shots went into homes. Luckily, no on was injured. The GVRT team canvassed the Thurmont neighborhood and conducted surveillance and interviews, but no arrests have been made.

"It's obviously a high-priority issue, so we're continuing to investigate it," Malick said.

In March, 37-year-old Victor Varner was killed after a hail of bullets blasted though the home of his mother, Mariah Sims, on Mary Peavy Eagle Court.

"I never thought my house where I live would see my first-born die," Sims said through tears. "We got a chance to say goodbye and 'I love you', but it was a senseless act of violence and I hope and pray that whoever did this, it weighs so heavy on their heart."

In April, five shots were fired into the home of 90-year-old Annie Polk and her 71-year-old daughter, Ruth Patterson, on Celina Avenue.

Patterson counted her blessings because she helped walk her mom up the stairs from the living room not long before the bullets started flying.

Those are the kind of cases that infuriate Dorn and motivate the team to remove more illegal guns from Akron neighborhoods.

"These bullets keep going. They miss their target a lot," he said. "Now, they're hitting average citizen's cars, going through their homes."

Many of the seized guns are test-fired and the casings are entered into a national database to be compared to casings across the country.

Detective James Soroky estimates he test-fires up to 600 guns a year.

"They may have committed crimes in other cities or even other states and since this is a nationwide database, this could clear up cases in other jurisdictions," Soroky said. "This is very satisfying to know something as little as this can help lead us to usually a very serious violent offender."

The GVRT plans to continue its aggressive approach. Officers said in a city where shootings are on the rise, it's even more imperative to get weapons out of the wrong hands.

"For every shooting, there's a family who has a victim," he said. "We never stop trying to solve things."