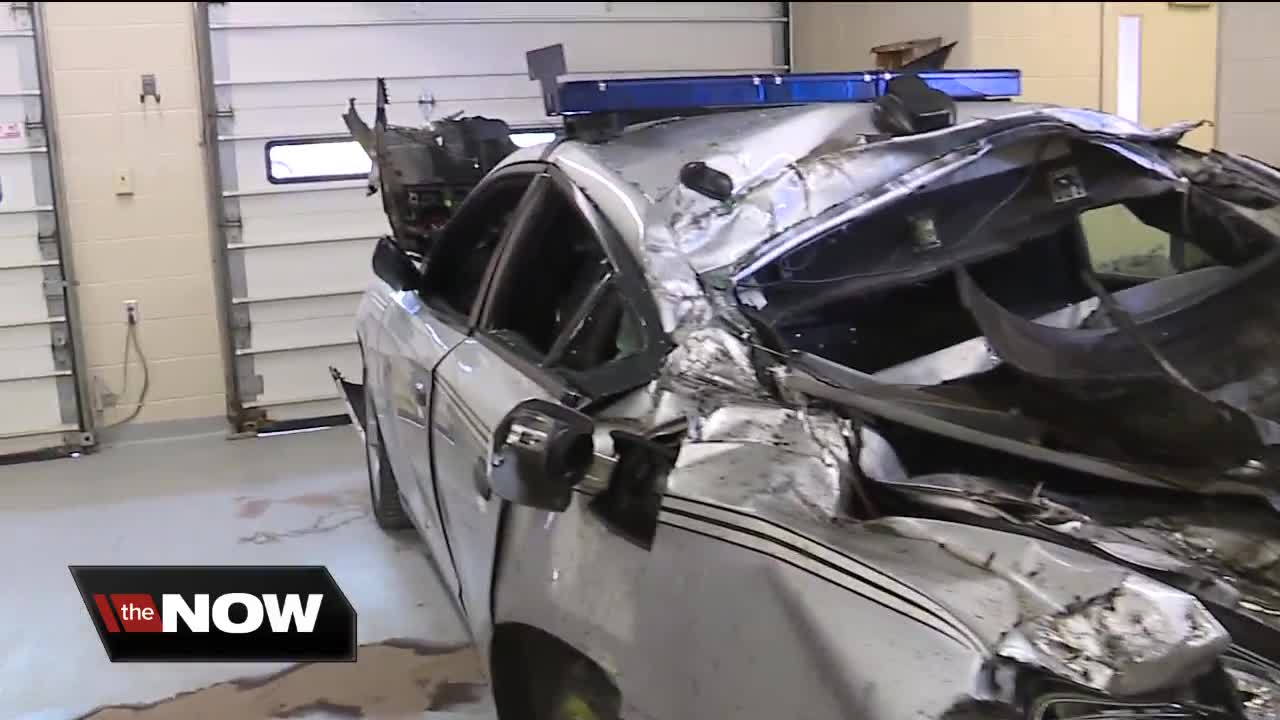 A crash on I-77 near Canton Thursday afternoon occurred after a car refused to move over for an Ohio State Highway Patrol vehicle that was pulled over for a previous crash, authorities said. 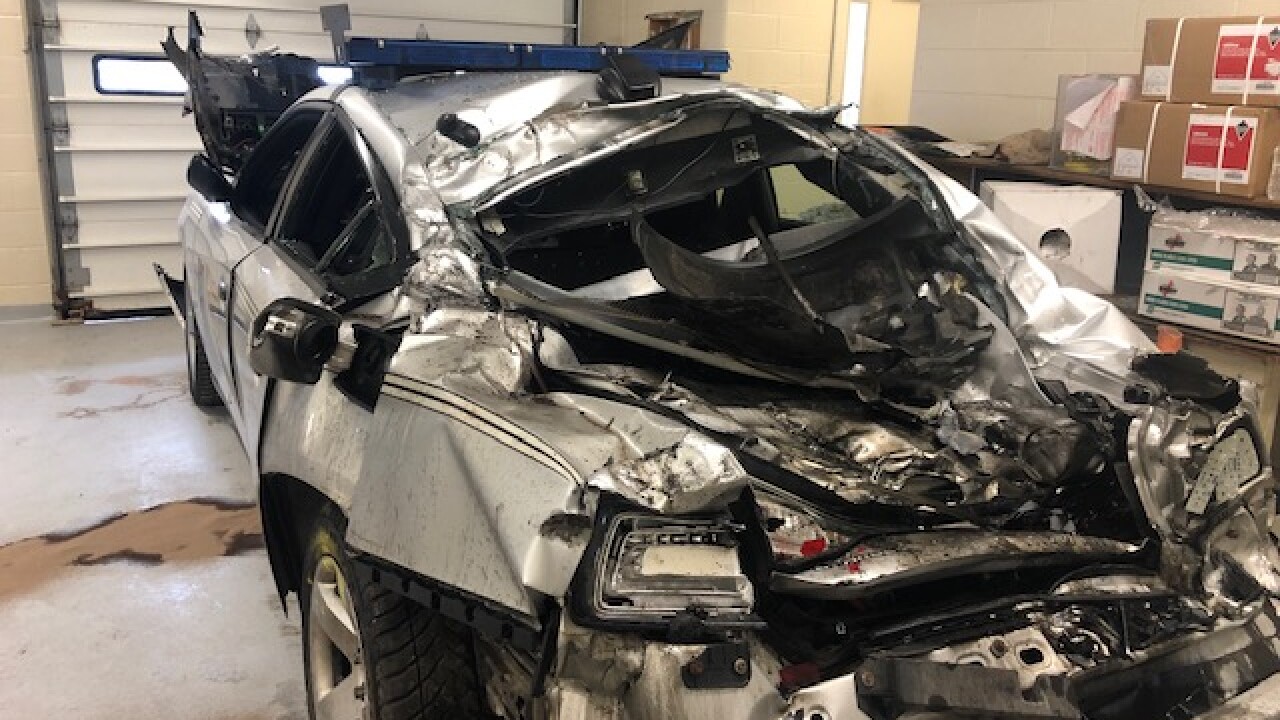 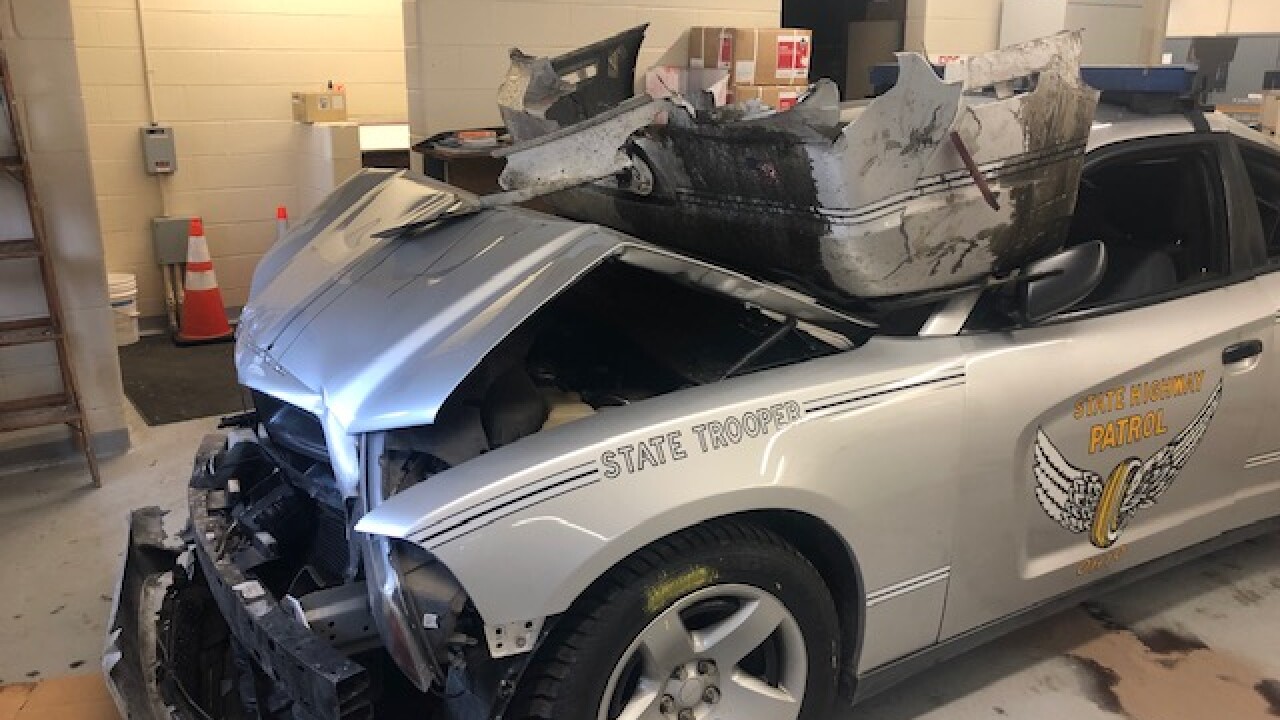 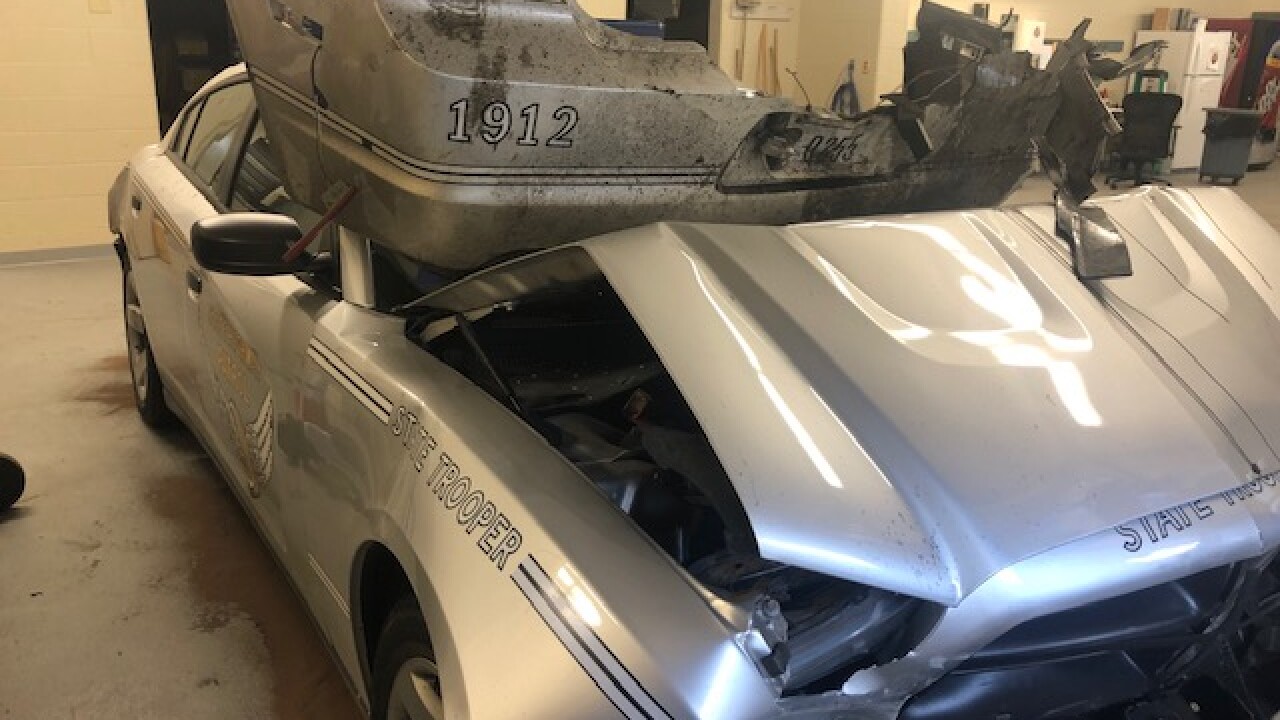 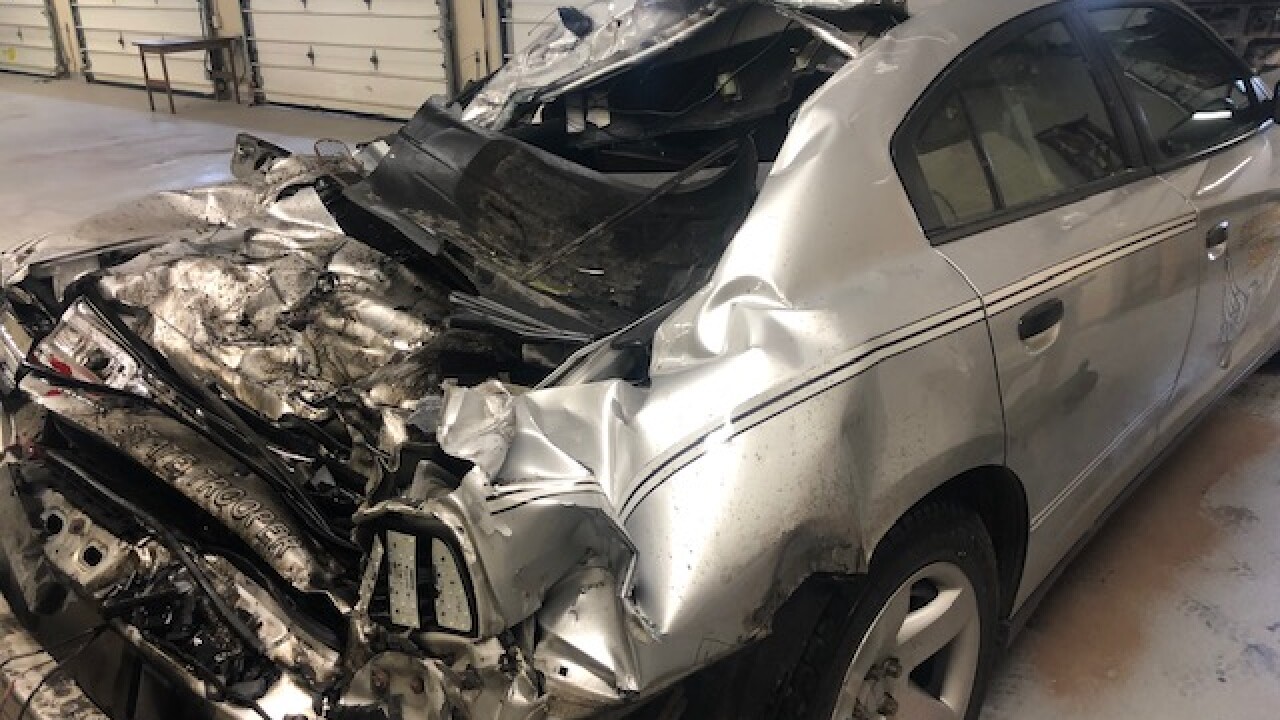 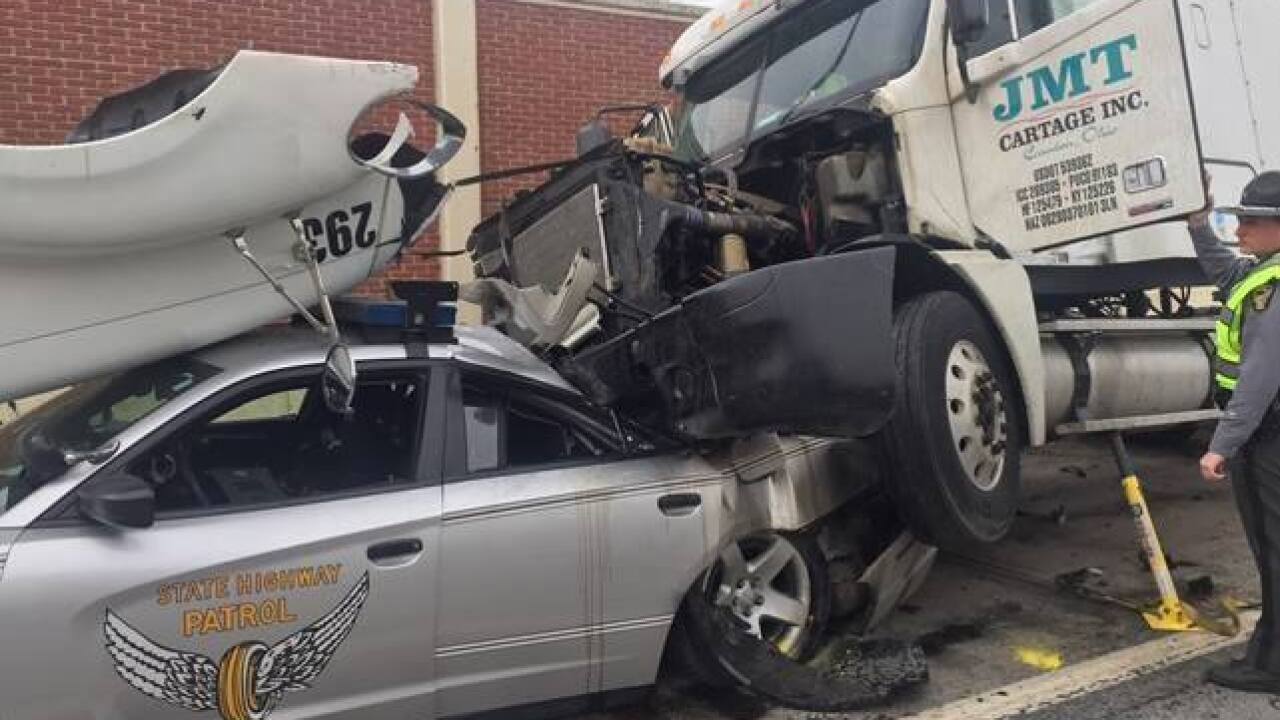 CANTON, Ohio — Troopers from Medina post of the Ohio State Patrol organized a 24-hour blitz targeting drivers who fail to move over for emergency vehicles on the side of highways.

The enforcement had been planned all week, but ironically, it took place just one day after a trooper and two others inside his cruiser were injured after a semi slammed into the law enforcement vehicle on I-77 south.

The crash happened around 1:15 p.m. Thursday.

RELATED: Semi crashes into Ohio State Highway Patrol vehicle on I-77 near Canton

Trooper Robert Chapman was pulled off to the berm assisting two drivers who had been involved in an accident near Canton.

The motorists, Jeff McAlpine, of Canton and Derek Hall, of West Virginia, were in the backseat of the cruiser and Chapman was sitting in the driver's seat.

But as highway traffic slowed, car clipped a semi, sending the truck careening into the back of cruiser. The back of the cruiser was crushed. The front bumper was torn off and the hood was pushed up in the shape of a tent.

Lt. Leo Shirkey said Chapman and Hall were treated for injuries and released and McAlpine was admitted to a Canton hospital, but his injuries were not believed to be serious.

"We had three very lucky individuals. That very easily could have been a triple fatality," Shirkey said.

On Friday, troopers in the Medina continued move over enforcement by working as a team.

After one trooper pulled over a driver for a traffic violation, a second trooper would watch for other drivers who failed to move as they approached stopped emergency vehicles. In some cases, tickets were issued.

Ohio law requires all drivers to move over one lane when passing any vehicle with flashing or rotating lights parked on the roadside. If moving over isn't possible, drivers are expected to slow down.

From 2013 to 2017, OSHP cruisers were involved in 58 crashes that appear to be related to the move over law. Those crashes resulted in the deaths of two civilians and injured 24 officers and 34 civilians.

RELATED: Move Over cameras tested in Cleveland after News 5 report