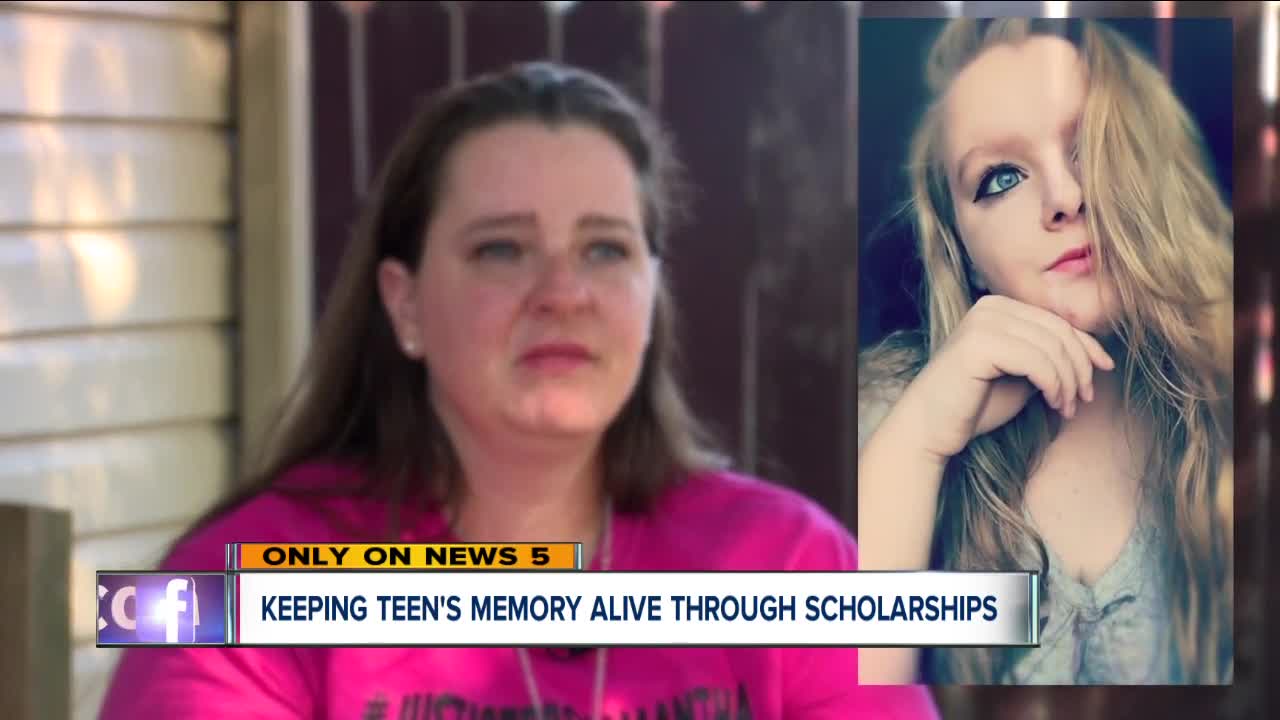 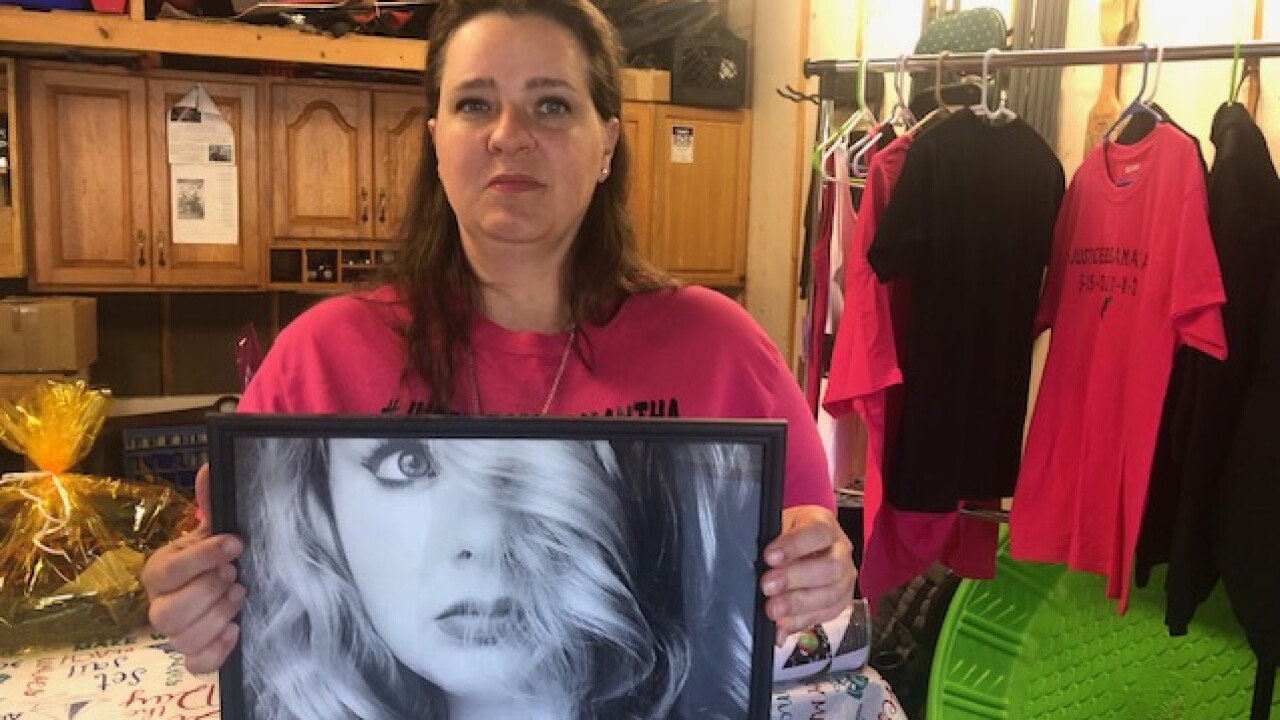 AKRON, Ohio — The family of Samantha Guthrie, an Akron-area teenager who was murdered last year, is turning their grief into action by providing scholarships to other kids in Samantha's name.

Through a partnership with Drug Free Clubs of America, the family is hosting a fundraiser on Saturday, Sept. 7 at the Old Walker Shelter located at 4357 State Park Dr. in the Portage Lakes area. The event begins at 1 p.m. and runs until dusk.

Hoodies, t-shirts, bracelets, windows stickers and other items will sold. There will also be a silent auction, basket raffles, music, food and face painting. All of the proceeds will benefit Samantha's Scholarship Fund.

Students who commit to drug-free lives can write essays to be eligible for the scholarships, which will be handed out during the 2020-2021 school year.

"All of the essays for Samantha's Scholarship will come directly to us so we'll get to read the essays and choose the recipient," said her aunt, Jackie Conner.

Samantha was doing well her junior year at Ellet High School until she started hanging out with the wrong crowd, according to her mother Joni Jackson.

Jackson said her daughter was caring and dreamed of becoming a neonatal nurse, but she also developed a meth problem. Despite Jackson's best efforts, she wasn't able to get her daughter the consistent help she needed.

"Her road dead-ended, literally," Jackson said. "She didn't get a chance to fix her mistakes."

Samantha was last seen inside an abandoned drug house on Lillian Street near the Akron Zoo in November of 2018.

Her family posted missing person signs and searched for her for several weeks. On Nov. 25, her body was found under leaves and branches in a wooded area off Rex Hill Road in New Franklin. Her life ended at the age of 18.

The Summit County Medical Examiner ruled the case a homicide and said Samantha had been shot in the head and suffered three cuts on her neck.

Jackson said she doesn't want her daughter to be considered a statistic.

"It's not just about getting justice for Samantha. It's also about making sure that there are no more Samanthas," she said. "She would have done great things had she been here herself, so I feel like we should just continue to do what she would have done."

Four people were arrested in connection with Samantha's death.

The family, who routinely attends court hearings, said justice is overdue for Samantha but for now they're focused on how her short life can help so many others through the scholarship fund.

"They took her from us, but she's not really gone," Conner said.