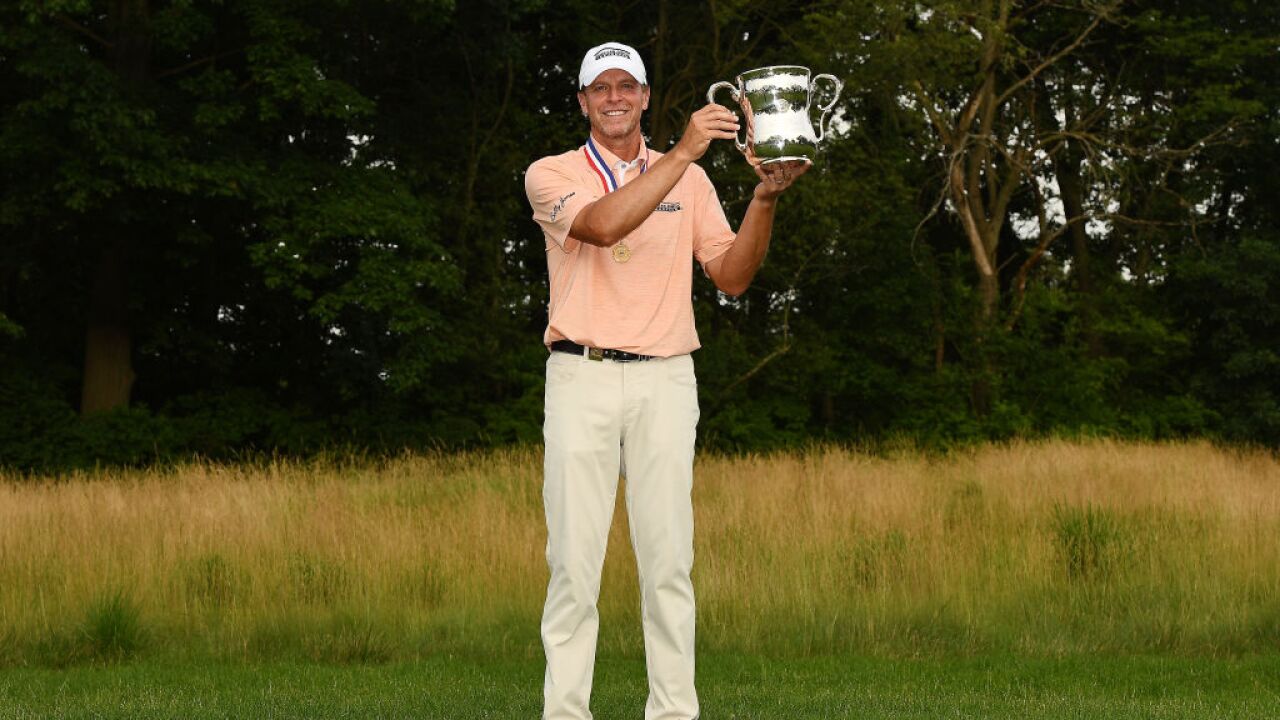 AKRON, Ohio — Steve Stricker topped the Bridgestone Senior Players Championship leaderboard at 5 under with a half hole to play Thursday when the first round was suspended for the day because of lightning and rain.

Coming off a victory two weeks ago in the U.S. Senior Open at Norte Dame, Stricker had a hole-in-one on the 184-yard, par-3 seventh at Firestone Country Club.

Stricker is seeking his third straight major victory on the PGA Tour Champions, a run that began with the Regions Tradition. He’s playing the 50-and-over event instead of going for a fourth victory at the John Deere Classic on the PGA Tour.

Paul Goydos was second at 2 under after five holes.

Bernhard Langer was even par after six holes. He won the tournament three straight times from 2014 through 2016.

Defending champion Vijay Singh was 1 over with two holes left.