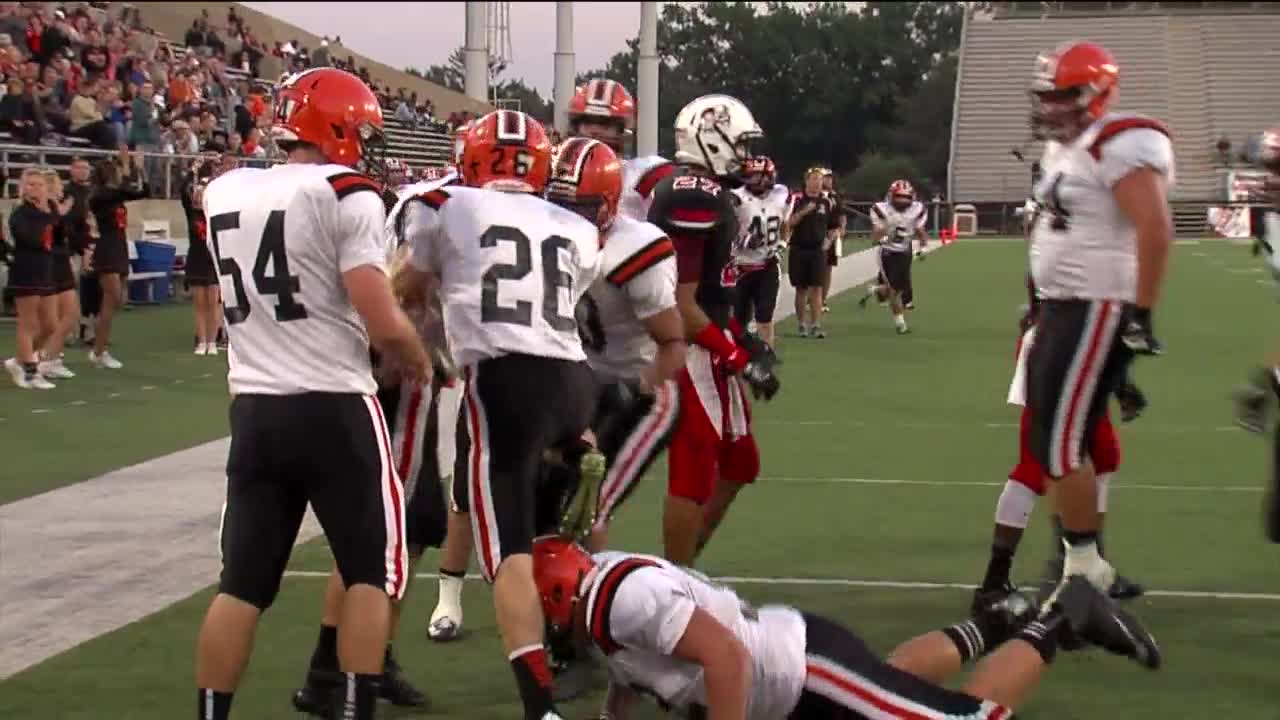 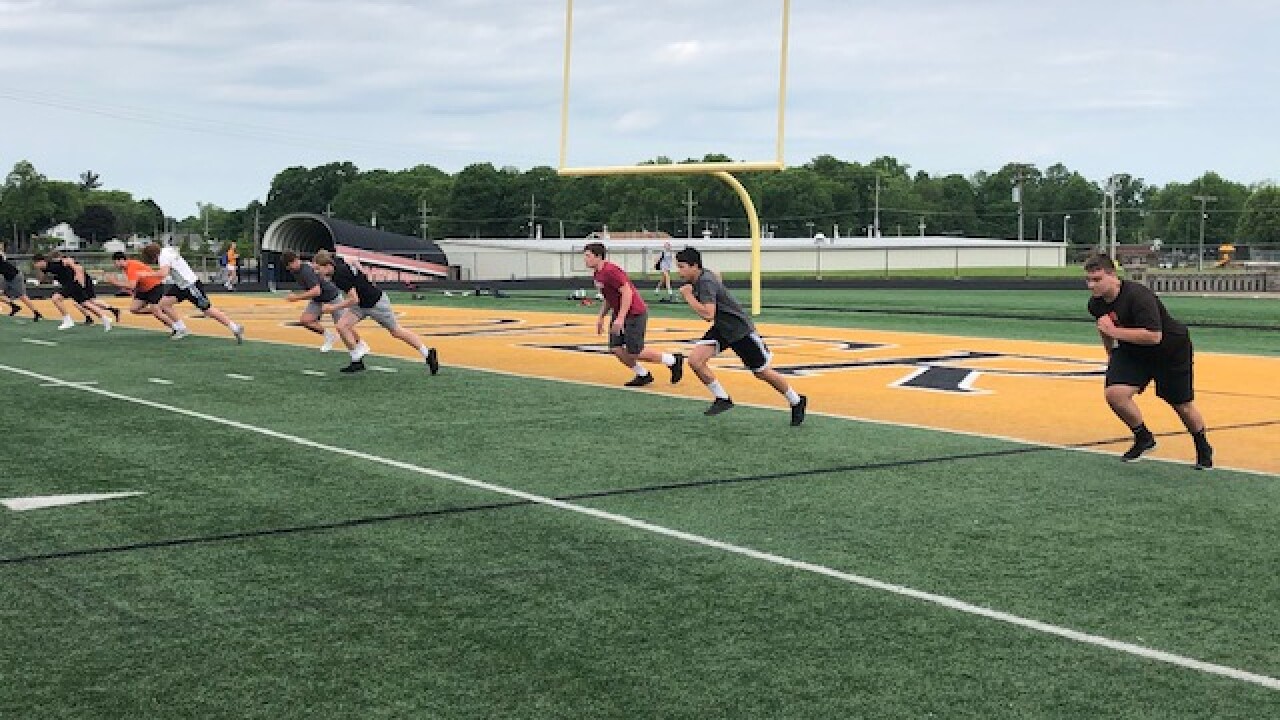 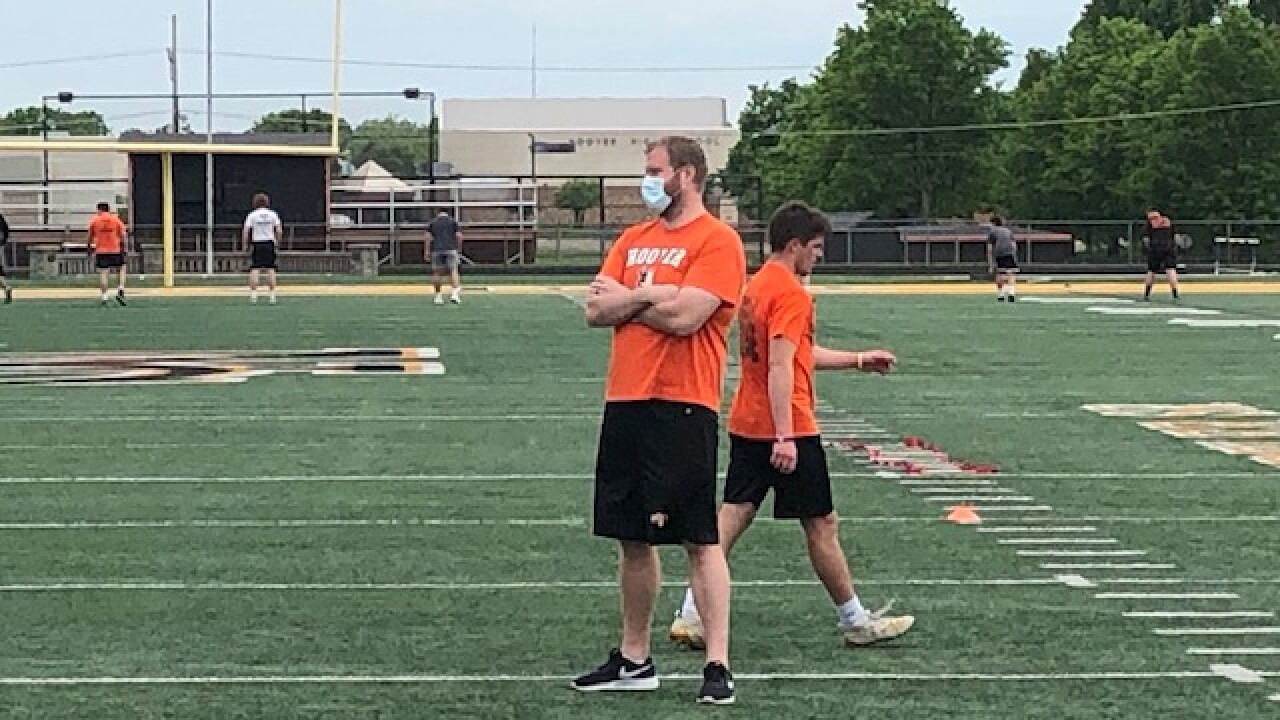 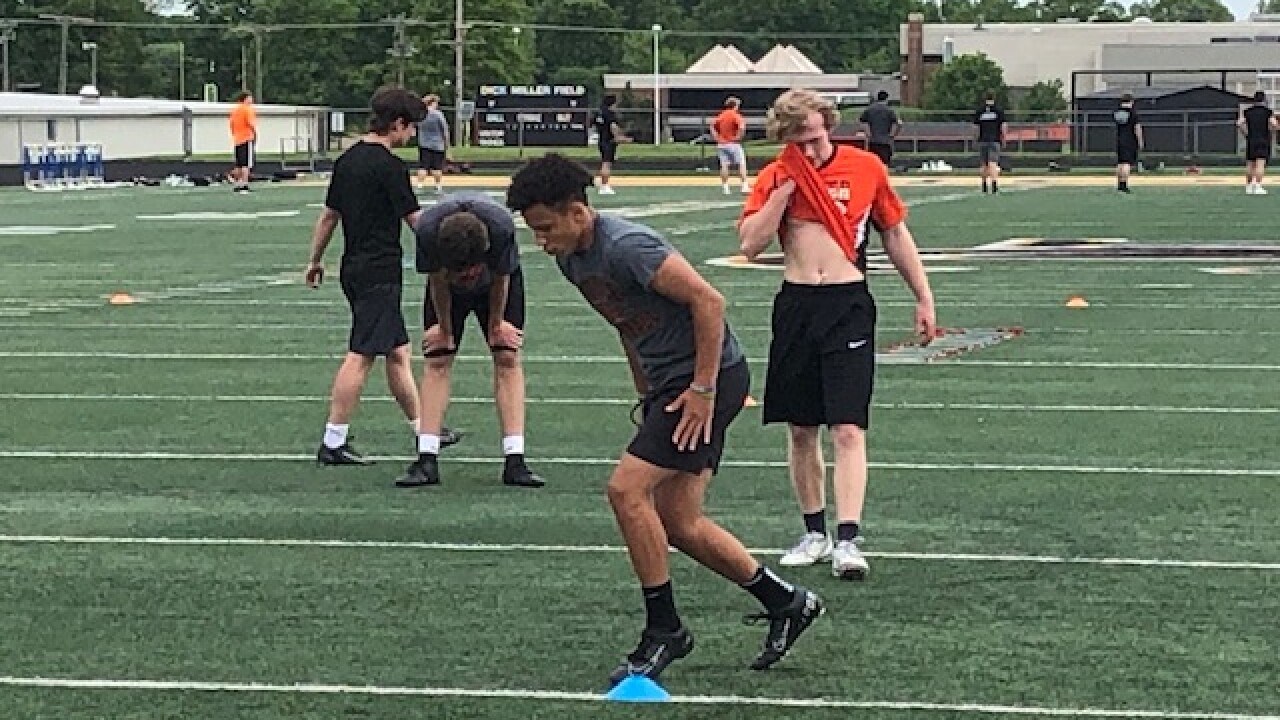 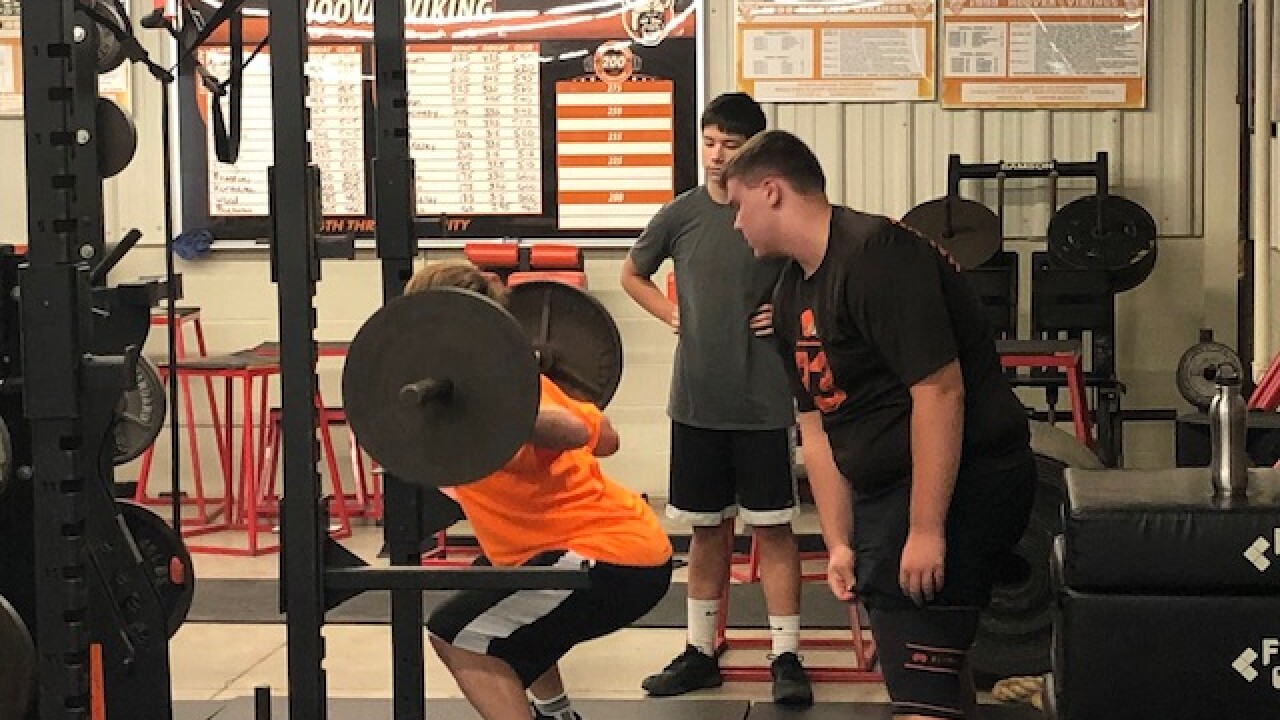 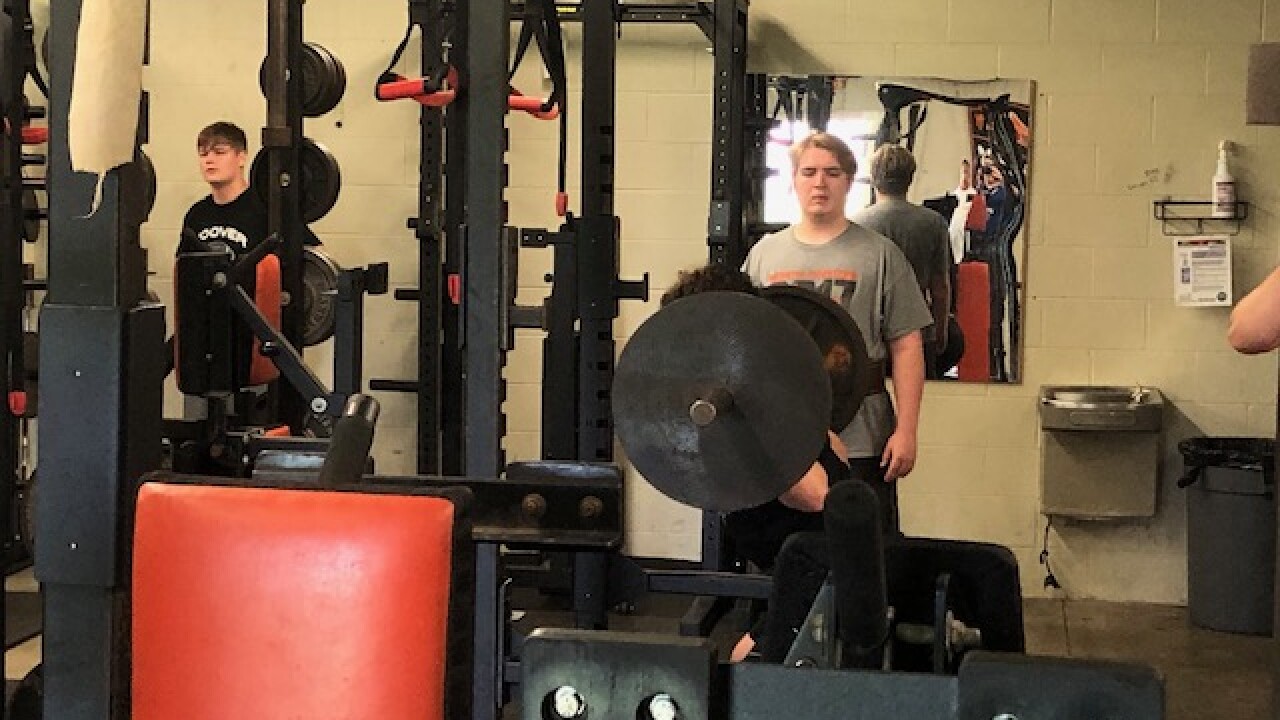 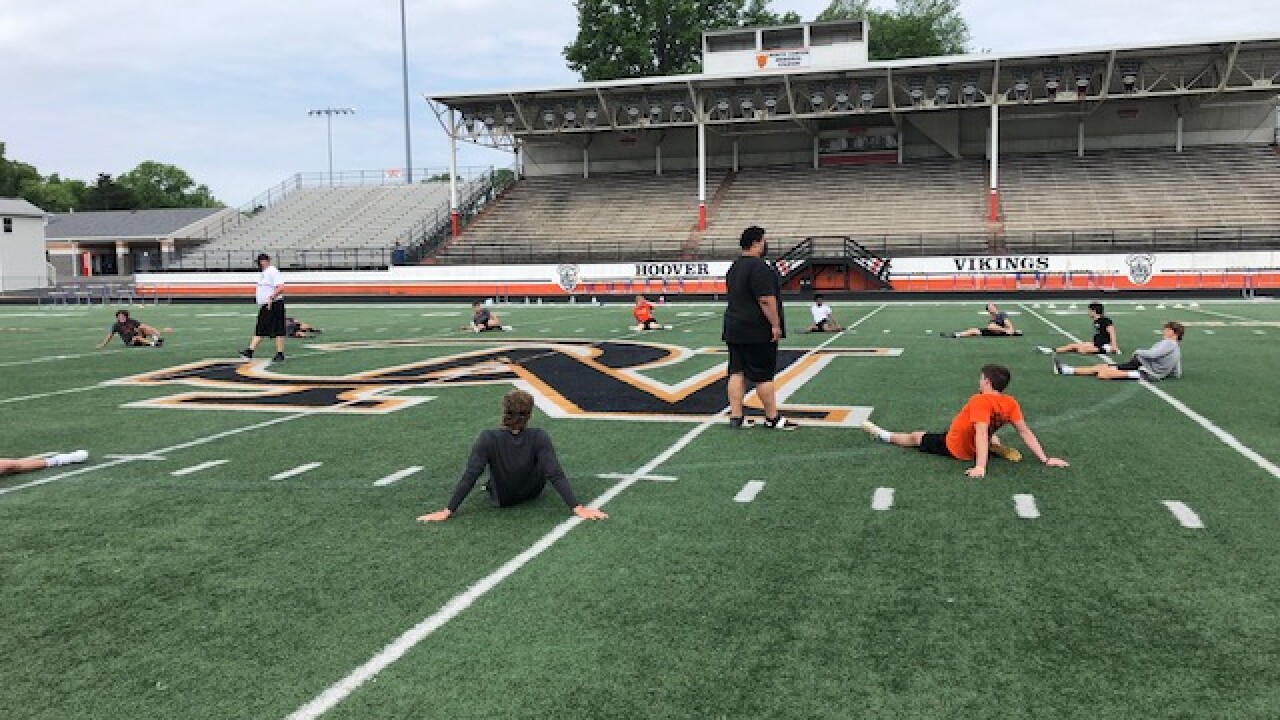 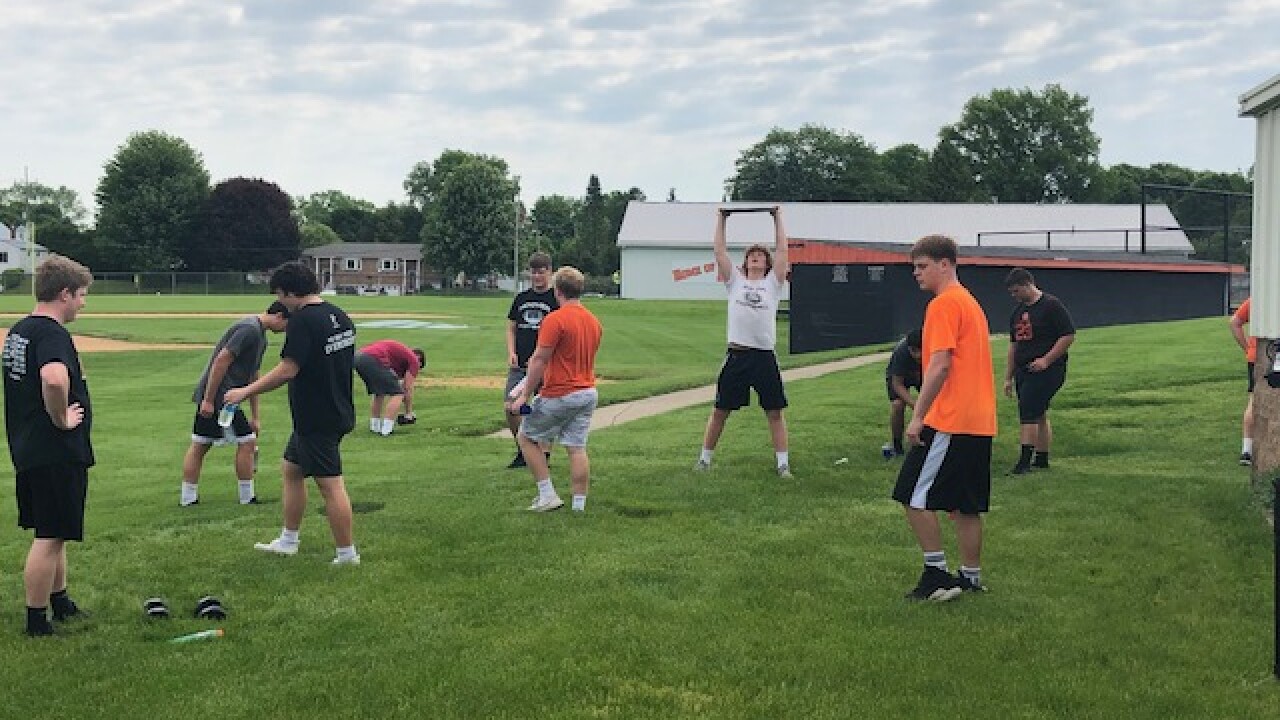 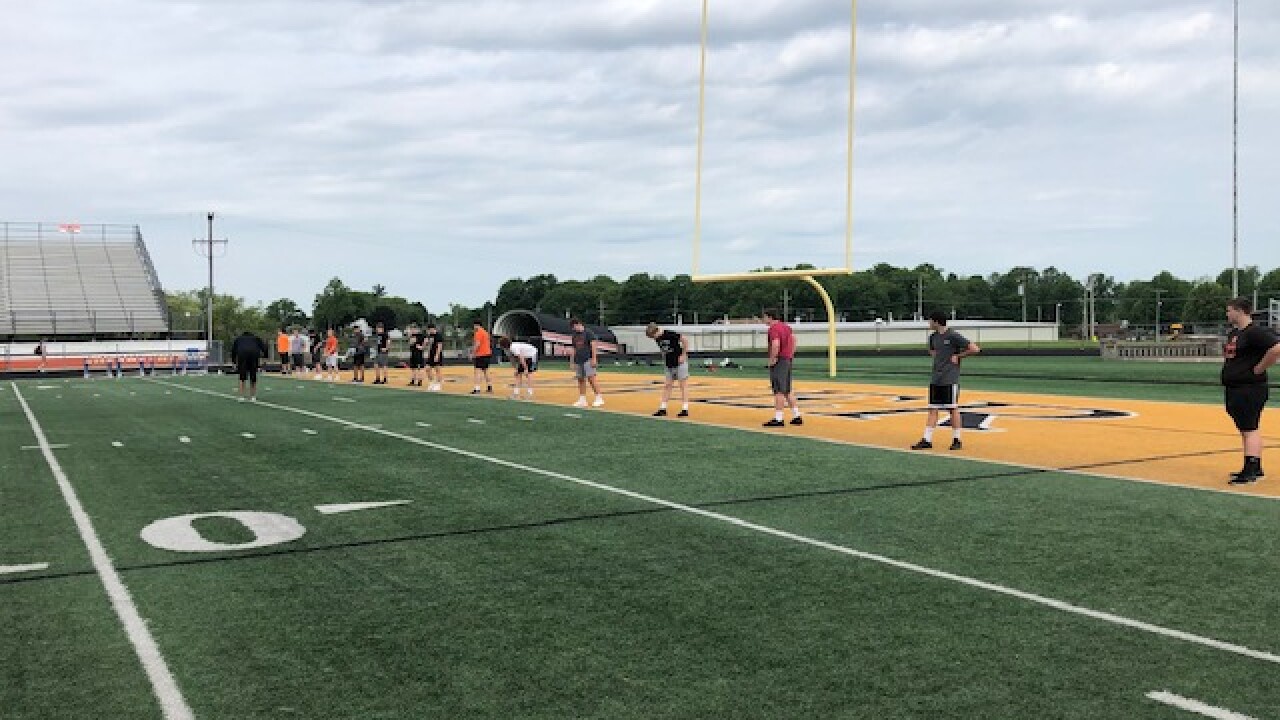 "Have you been in contact with COVID? Sore throat? Fever? Cough? Shortness of breath? Those are the questions that we ask," explained Brian Baum, the head coach of the Vikings.

If a player answers yes to any of those questions, he'll be asked to stay home.

On the second day of conditioning, the 70-member team continues to work on something not found in the playbook—social distancing.

The teens are spreading in groups of 10 to 15 as mask-wearing coaches remind them to keep their space.

Senior quarterback Connor Ashby said it's hard to avoid the temptation to give a high-five or a fist bump.

"It's a little different because you can't really be close to each other as much as you're used to, so it's something our seniors will get used to," Ashby said.

Time in the weight room is limited to a half hour. Players could be seen sanitizing some of the equipment before another teammate started a set.

After each group works out, the doors are left open and fans continue to run on high. The coaches also use towels and disinfectant spray to clean equipment. Thirty minutes must pass before the next group can enter the weight room.

The state recently lifted an order that prohibited non-contact sports, giving sports like football and soccer the opportunity to start conditioning only. Baum is hopeful that contact drills will be allowed in July.

If games kickoff in the fall, the coach wonders how many fans will be allowed inside the stadium that holds 8,000.

"I expect people want to get back to a normal atmosphere. I'm curious about the crowds and that aspect—how that might look and if they spread the stadiums out," Baum said.

Ashby said he's just excited about tossing the ball around regardless of who is watching.

"It doesn't matter if there are fans or not. I just want to play," he said.

For now, Buam said he'll keep monitoring and following guidelines from the Ohio High School Athletic Association and the Stark County Health Department while continuing to get his guys ready to go.

"We don't want to lose this opportunity to play football in the fall and we want to do everything right, and that way, we have a chance to go out and compete on Friday nights," Buam said.