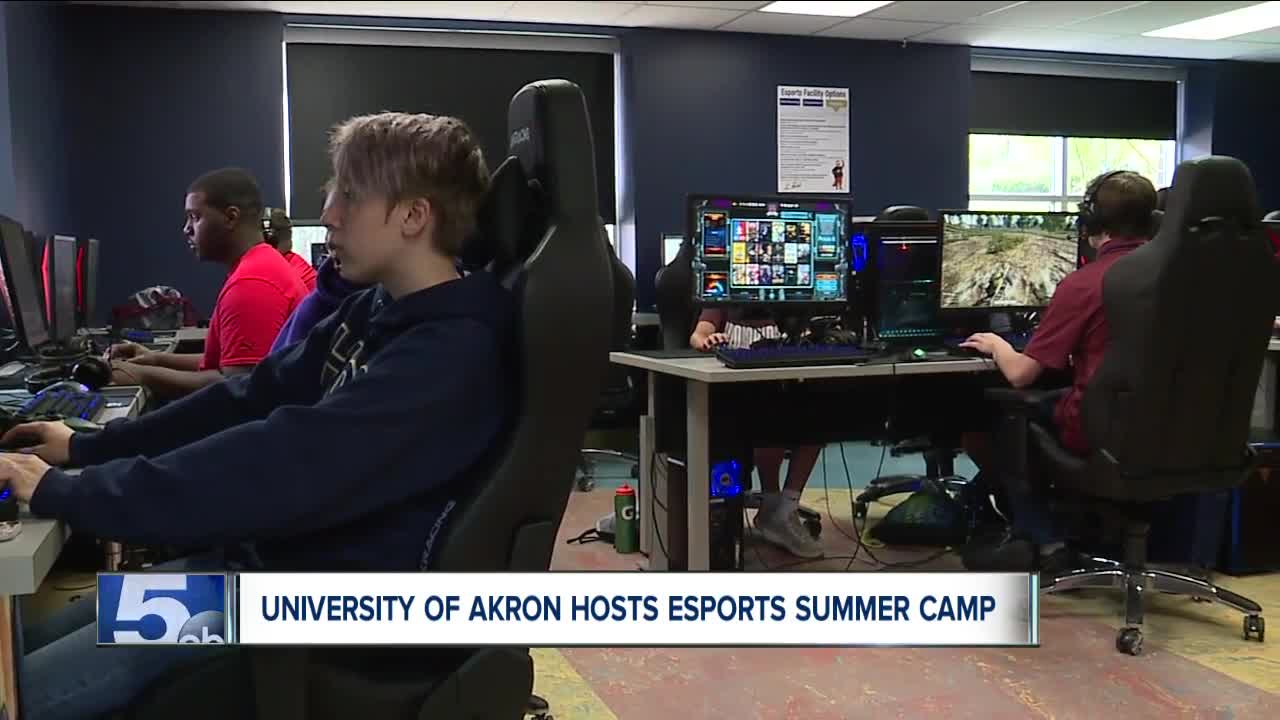 The Esports Summer Camp is the first of its kind in the Midwest and it's taking place on UA's campus from July 7 through July 26. 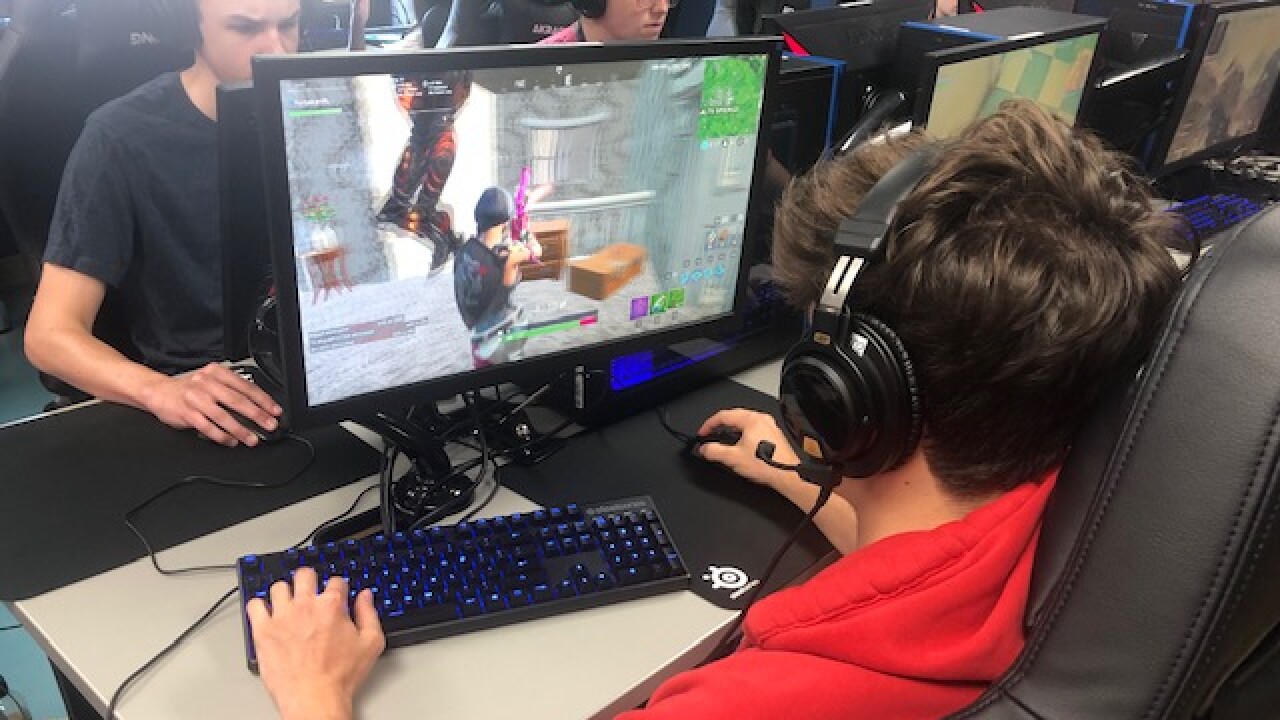 AKRON, Ohio — Kids throughout Northeast Ohio are smack-dab in the middle of summer camp season with many youngsters enjoying the great outdoors through camping, hiking and swimming. But the University of Akron is offering a unique, mostly indoor camp, that's geared towards gaming—as in mastering video games.

The Esports Summer Camp is the first of its kind in the Midwest and it's taking place on UA's campus from July 7 through July 26.

104 campers from middle or high schools signed up for the first week. The second week is sold out and only a few spots remain for the final week. The cost is $300 per week for day campers and $550 for students who stay overnight.

"It might not be their first camp, but it might be the first camp that they wanted to go to and it wasn't something where mom or dad or grandma or grandpa said, 'You're going to camp right now!'"

On Tuesday, the campers were taught advanced tactics for the popular game Fortnite, while also learning how to record themselves for game play reviews through a video capture service.

Meeker understands that some parents question the camp because many kids already spend too much time staring at screens, but he also pointed the teens learn team-building, communication, software and social skills.

"What we're trying to do is not necessarily say that gaming is health but instead to teach the students, the campers here, to have a have a healthy lifestyle and then work gaming into that," he said. "This is all social development because they're playing with a room full of other people oftentimes on the same teams."

The students are also provided with healthy meals and participate in an hour of daily exercise, such as swimming or basketball.
Monte Hagins, a teen from Akron, said he's getting more out of his esports experience than he expected.

"It teaches kids what it feels like to actually cooperate with everybody else to show how it feels to be on a team," Hagins said.

UA is the first public university in northern Ohio and one of the first Division I universities in the country to create a varsity esports program, which launched in December 2017.

Recently, the Akron Rocket League team captured the spring 2019 Collegiate Rocket League National Championship after becoming the first team in the history of the league to qualify for the national finals twice consecutively.

Meeker said 53 UA students received scholarship money to compete on the team. Some of the younger campers hope to land on an esports team one day.

"Who knows? In a few years, the might have an opportunity to get a scholarship at college through their game play as well."