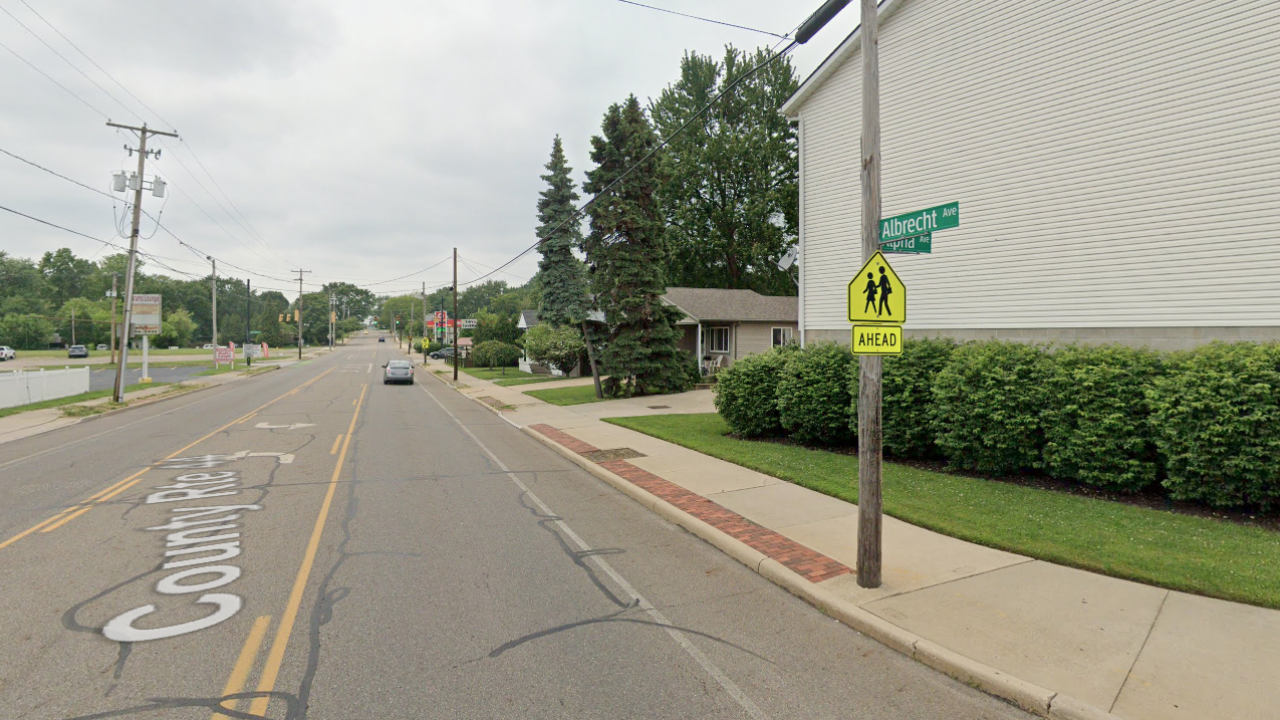 Photo Courtesy of Google Maps.
2800 block of Albrecht Avnue where a woman was shot while waiting for a food delivery.

AKRON, Ohio — A woman who was waiting for food delivery at her home was shot when two armed men showed up instead to her Akron apartment Wednesday afternoon, according to Akron police.

Police responded at around 4:00 p.m. to the 2800 block of Albrecht Avenue for a burglary in progress.

When officers arrived, a 27-year-old woman was found with an apparent gunshot wound to the abdomen.

She told police she was waiting for a food delivery when two armed men showed up at her door instead. One of the armed men shot her as she tried to close the door on them.

She was transported with non-life-threatening injuries to Summa Health Akron City Hospital.

Akron police said detectives are working to identify the armed men and determine the exact circumstances surrounding the burglary.