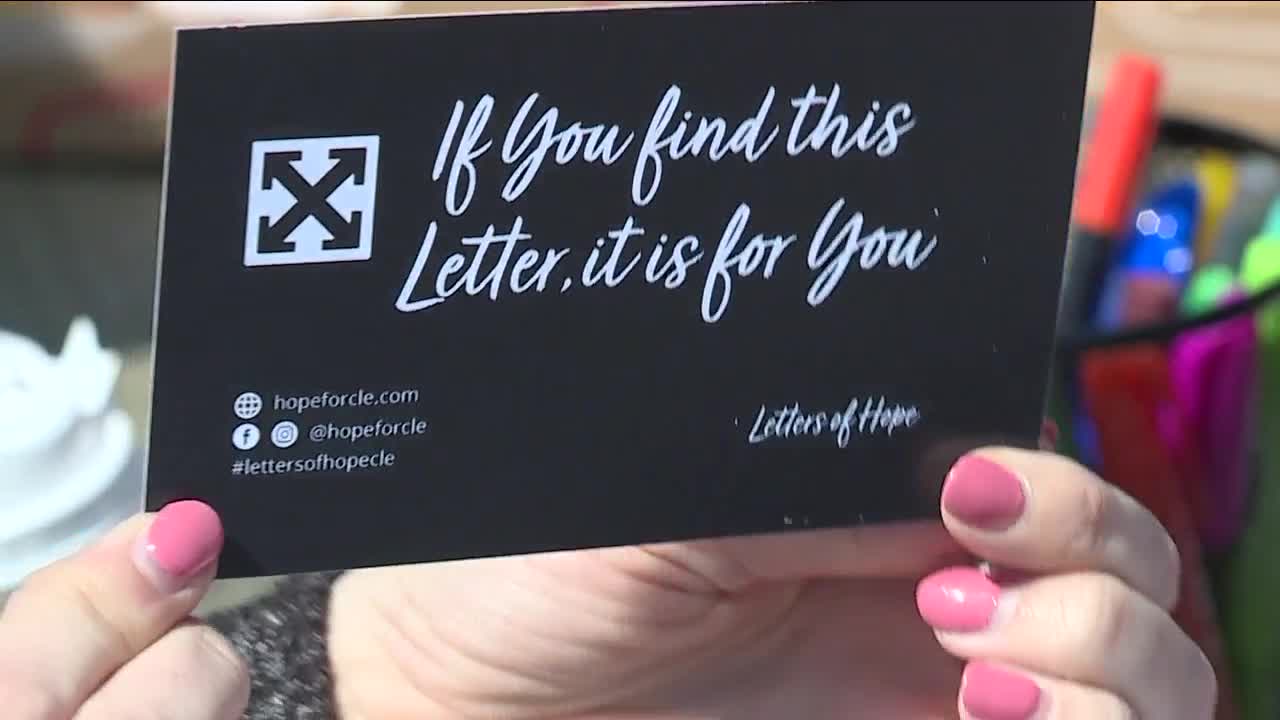 So many are hurting because of the recent killings of black men and women and the civil unrest that has followed. One local group is hoping to ease some of that pain by spreading hope throughout the city of Cleveland. 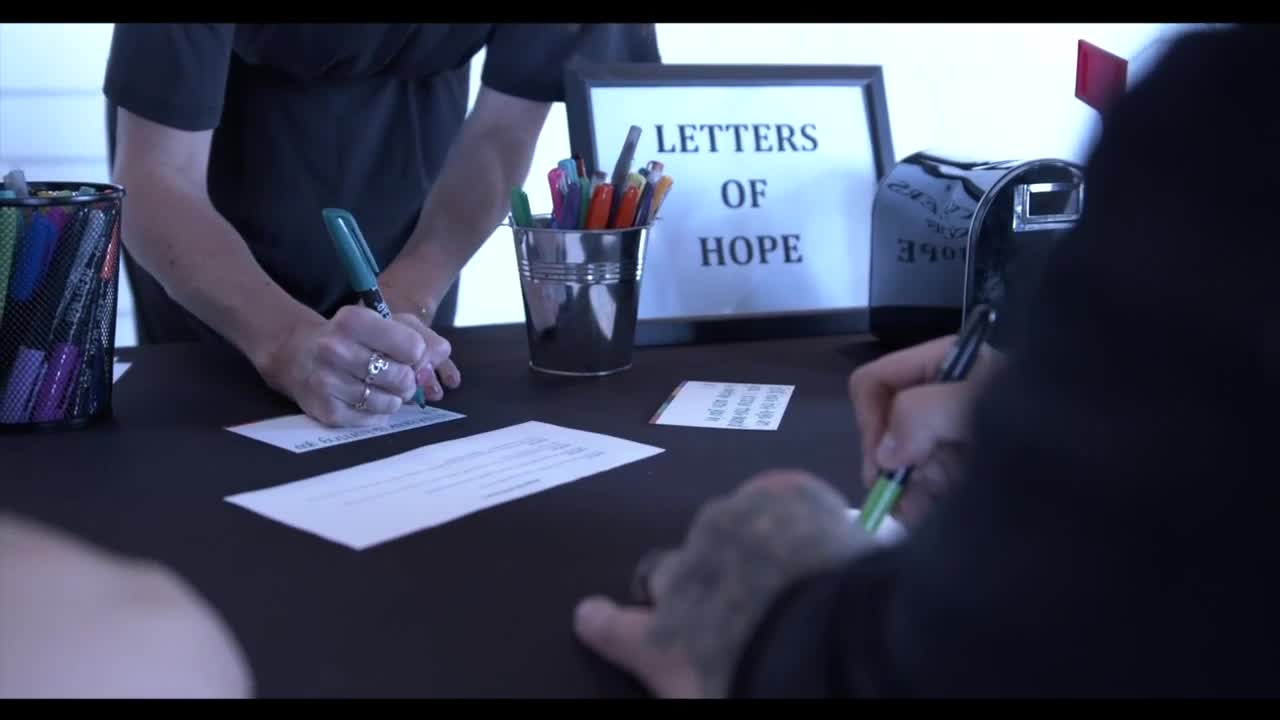 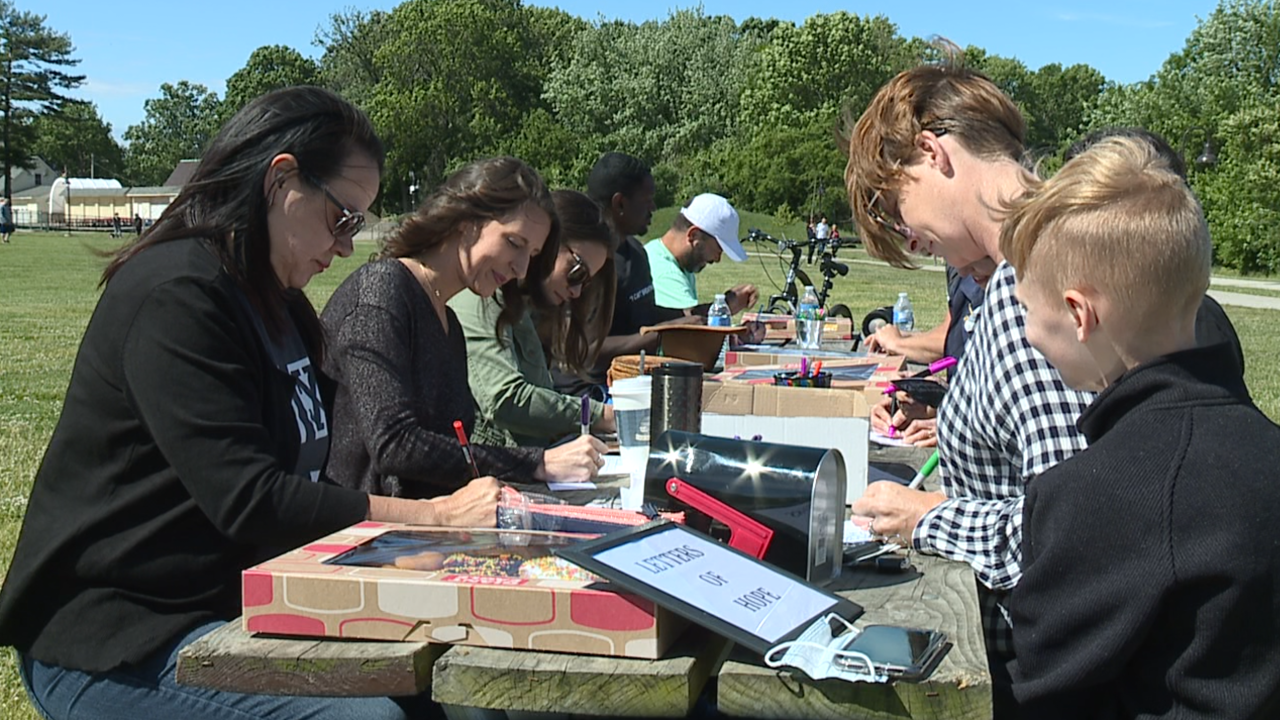 CLEVELAND — So many are hurting because of the recent killings of black men and women and the civil unrest that has followed. One local group is hoping to ease some of that pain by spreading hope throughout the city of Cleveland.

Over the next week, volunteers with the Cleveland Hope Exchange will be handwriting and planting more than 1,000 letters all over the city of Cleveland. It's all a part of their new Letters for Hope campaign.

The Cleveland Hope Exchange first started leaving letters of hope in Cleveland's Clark Fulton neighborhood and others last year as part of their outreach efforts in those communities. But executive director Megan Gallagher says that in light of the recent killings of George Floyd, Breonna Taylor, Ahmaud Arbery and more, many more people are feeling a sense of hopelessness.

The new campaign aims to remind people that even in times of uncertainty, sadness or anger, hope is still alive.

Members of Journey Church and other volunteers are writing notes in each letter from bible verses to prayers and even simple messages letting the person reading know that their voices are being heard.

The group will then leave the letters in different places throughout Cleveland for anyone to find like park benches, on cars, even in grocery stores or dressing rooms.

“We've gotten awesome stories. People actually hashtag #LettersOfHopeCLE on our Instagram and right in saying, 'I found this letter at the exact time that I needed it.' To hear people finding them on their cars on park benches throughout the city — it's been inspiring to know that the words that we write and the people that we prayed for in advance are seeing that happen as well,” Gallagher said.

The Cleveland Hope Exchange plans to continue planting letters of hope in the future and other people can also get involved on their own by writing their own letters. Anyone interested should visit the organization's Facebook or Instagram for instruction on how to write the letter and sample scripts. Also, don’t forget to include the hashtag - #LettersOfHopeCLE.

“They can use their own letter, it can be a blank letter from home and all the directions will be there. It's so simple. You just write: ‘If you find this letter, it is for you’ on one side, put the hashtag #lettersofhopecle and @hopeforcle because these stories spread like wildfire. We want to follow that stream and we want to bring good news on the places we’re clicking and swiping and watching, because hope does exist and we think that hope will be alive in the midst of that,” Gallagher said. “And then you just follow the scripts. We have the scripts posted out there on social media. Again, they're simple, they're powerful. You can write those on there and then leave them.”