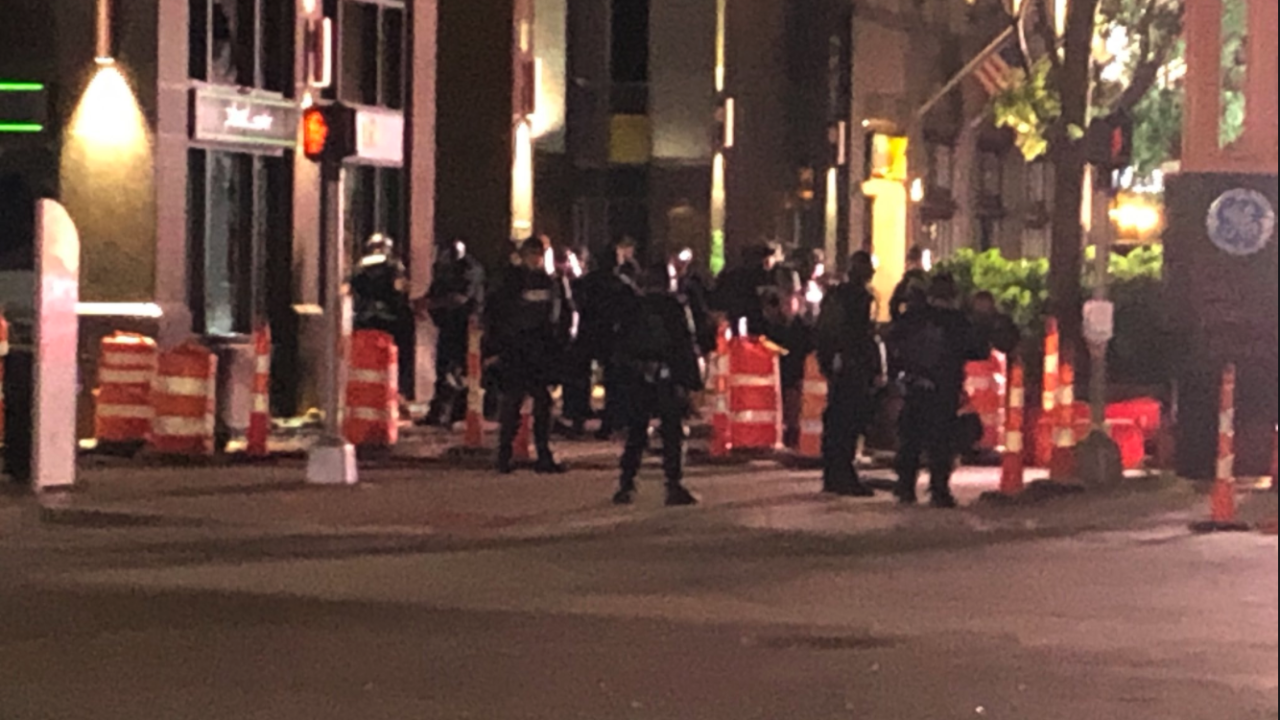 Cleveland Chief of Police Calvin Williams said that one juvenile was arrested as well.

After agitators incited violence throughout the protest and police began firing chemical deterrents into the crowds, the situation spiraled out of control and the city enacted a Proclamation of Civil Emergency, setting an 8 p.m. curfew Saturday night, informing individuals that they were subject to arrest if they violated the curfew.

The Cuyahoga County Sheriff’s Department said that most of the 65 arrests were curfew violations.

Deputies are working to provide a breakdown of the ages and hometowns of those arrested, authorities said.

Early Sunday morning, Cleveland Chief of Police Calvin Williams spoke with Mayor Frank Jackson about the events that transpired Saturday and said that the destruction is believed to be from people out of town, but he did not say why the police department thinks this is the case.

“We know a lot of the things that happened today were people who do not reside in the city of Cleveland or in this area,” Williams said. “There’s tons of video footage of a lot of things that happened and we have investigators as we speak that are going through that footage to identify folks so that we can bring them to justice.”