7 people injured in shootings within 3 hours in Cleveland overnight 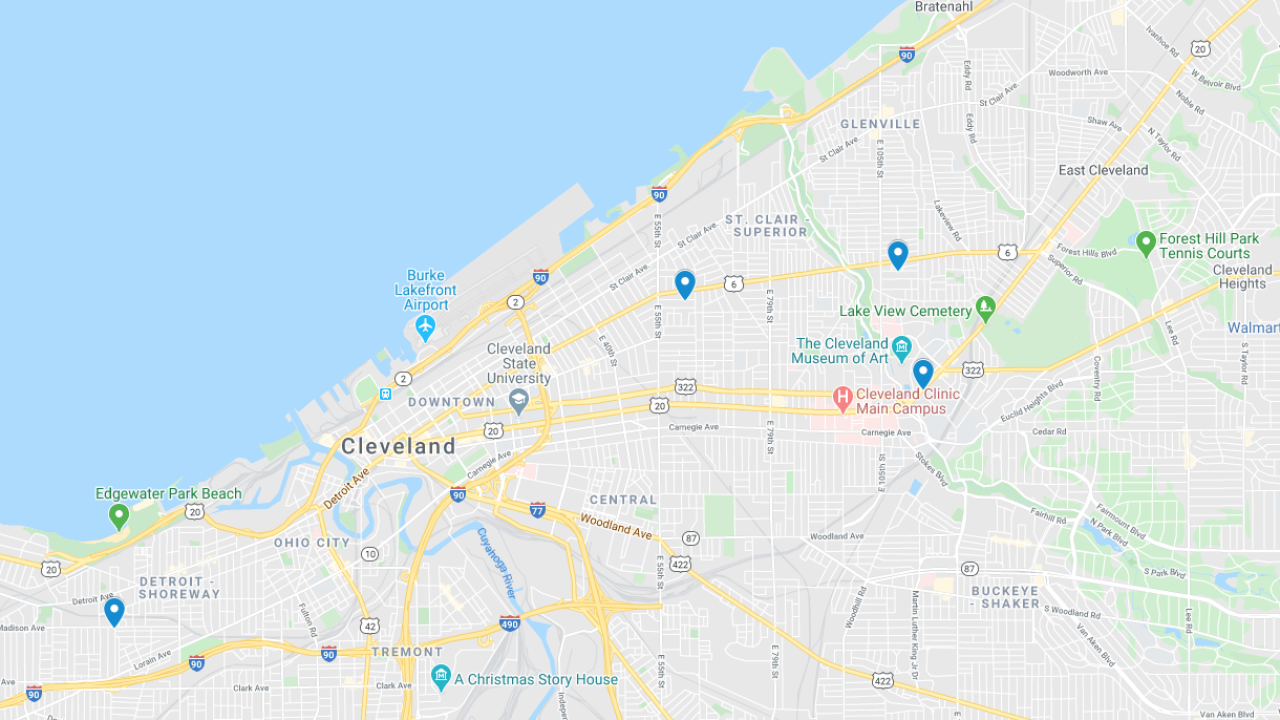 Google Maps / Kaylyn Hlavaty
Google maps showing the locations of the shootings overnight between July 13 and 14, 2020.

CLEVELAND — Seven people were injured in shootings that spanned three hours in Cleveland from Monday night into Tuesday morning, according to Sgt. Jennifer Ciaccia, a spokesperson for the Cleveland Police Department.

On Monday at around 11:31 p.m., police responded to the 2000 block of West 81st Street for a male shot. Police located a 35-year-old man with a gunshot wound to his left shoulder.

EMS transported the victim to MetroHealth Medical Center for treatment. No arrests have been made at this time.

Twenty minutes later on the city’s East Side, police responded to another shooting in the 6100 block of Dibble Avenue, where they located a 32-year-old man with multiple gunshot wounds.

On Tuesday at around 12:57 a.m., police responded to the 10200 block of Way Avenue for a female shot. Officers located a 22-year-old female with a gunshot wound to the back.

The alleged shooter was driving a gray Nissan, police said. The victim was taken to University Hospitals, with her condition unknown.

Several minutes later, police received another call for shooting in the 10700 block of Churchill Avenue. A 20-year-old man was located with a gunshot wound to the lower back. Police said the shooting happened a couple of streets over on Hathaway Avenue. The victim was taken to University Hospitals for treatment.

At around 1:53 a.m., Cleveland police responded to 931 Rudyard Road in the city’s South Collinwood neighborhood.

Just after 2:05 a.m., police responded to the Allen Memorial Library, 11000 Euclid Avenue, for a male with a gunshot wound to the right arm. Police said the victim was shot at East 152nd Street and St. Clair Avenue. His age is unknown at this time. Police said he was taken by a private vehicle to University Hospitals.

Police didn't specify or announce any arrests in connection to the shootings.