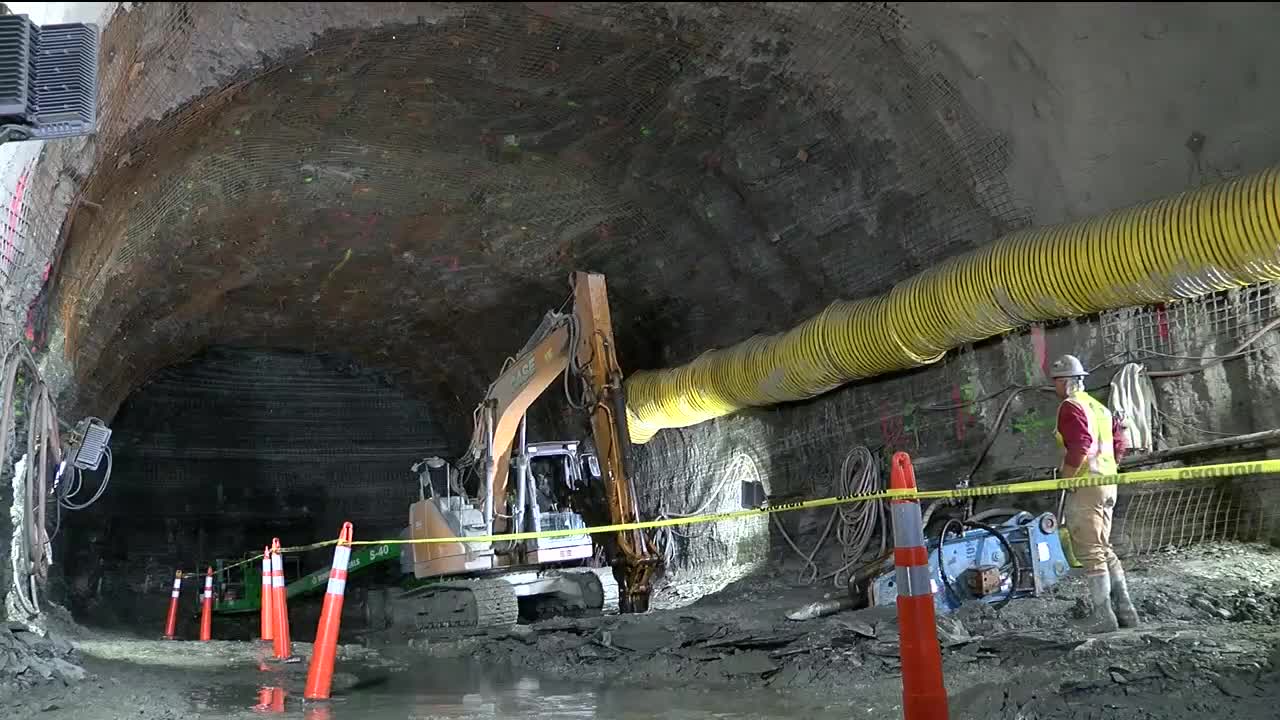 It's the most expensive infrastructure project in Northeast Ohio history and it's one you'll never see. Oh there are signs promoting Project Clean Lake in key locations like University Circle but the bulk of the $3 billion project is going on out of sight, deep below the ground. 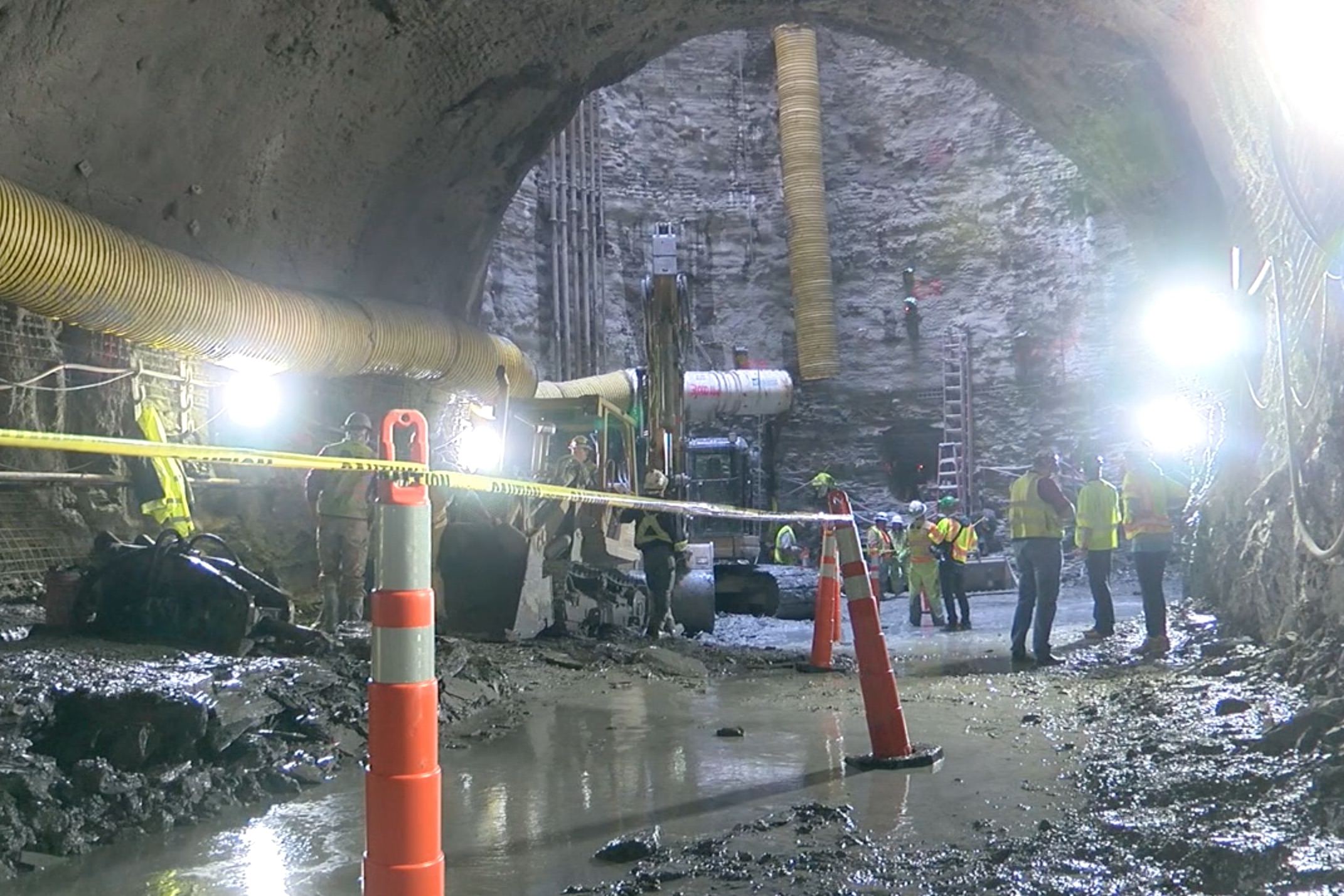 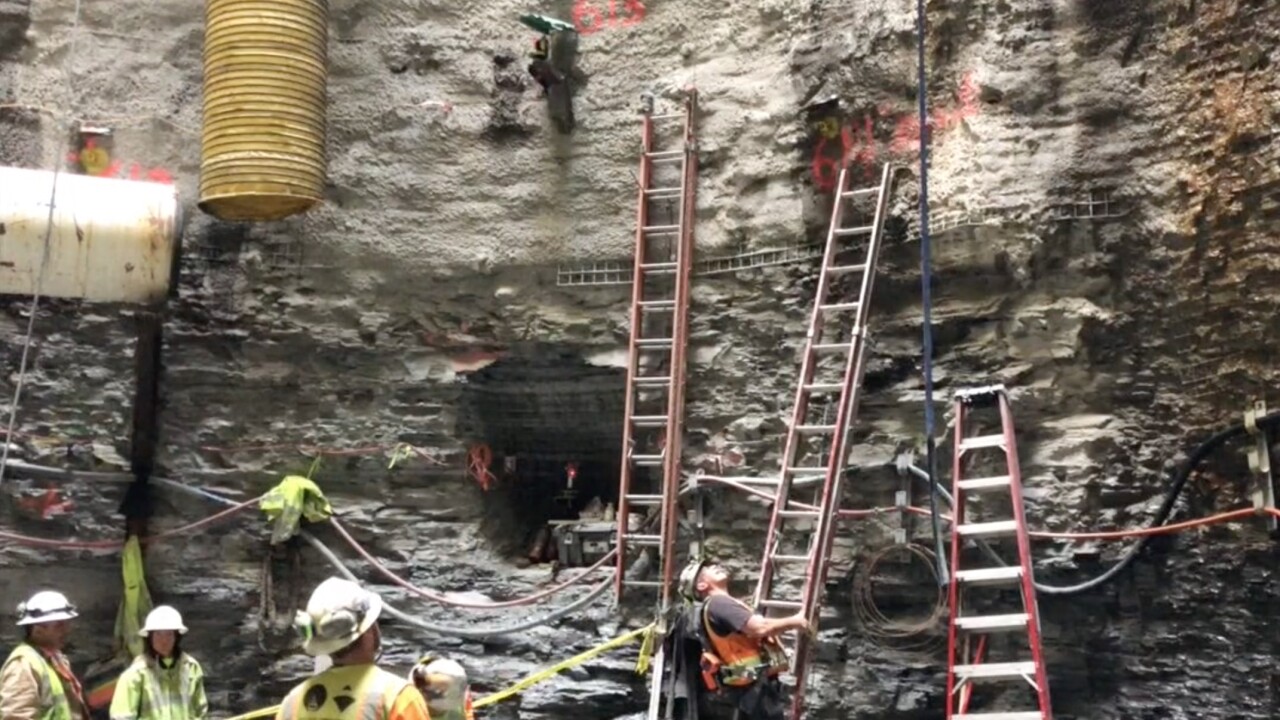 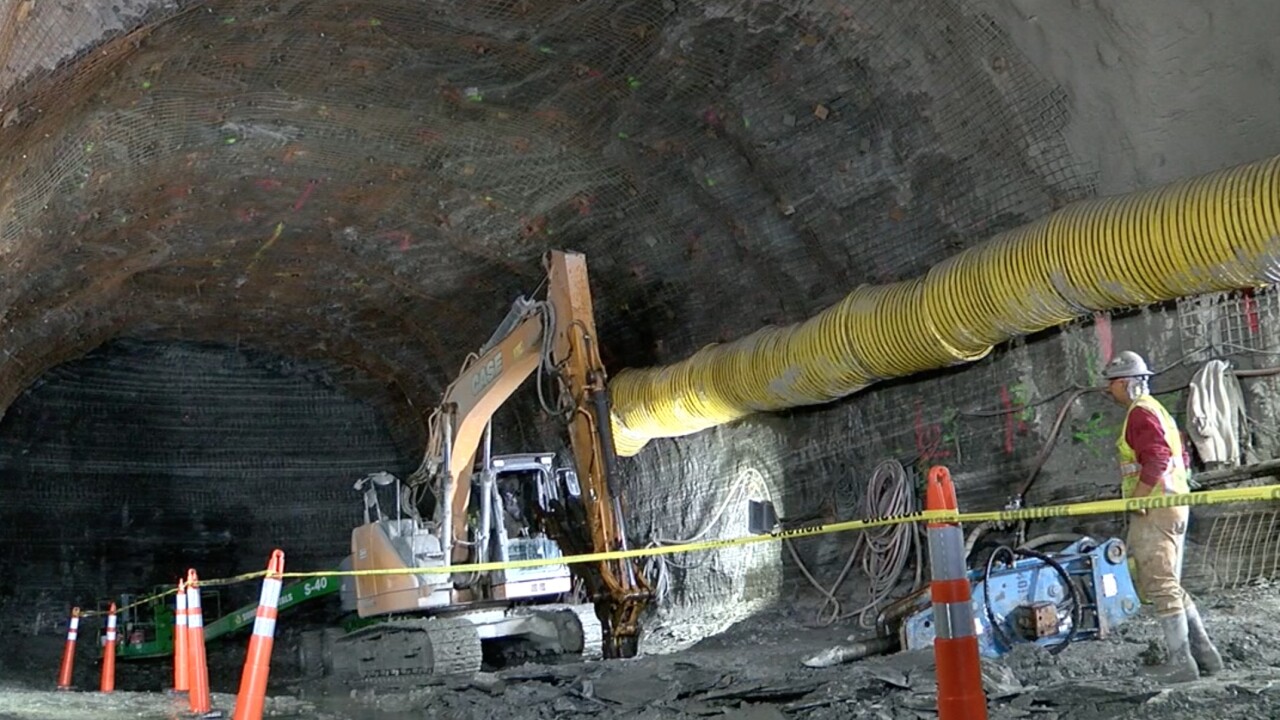 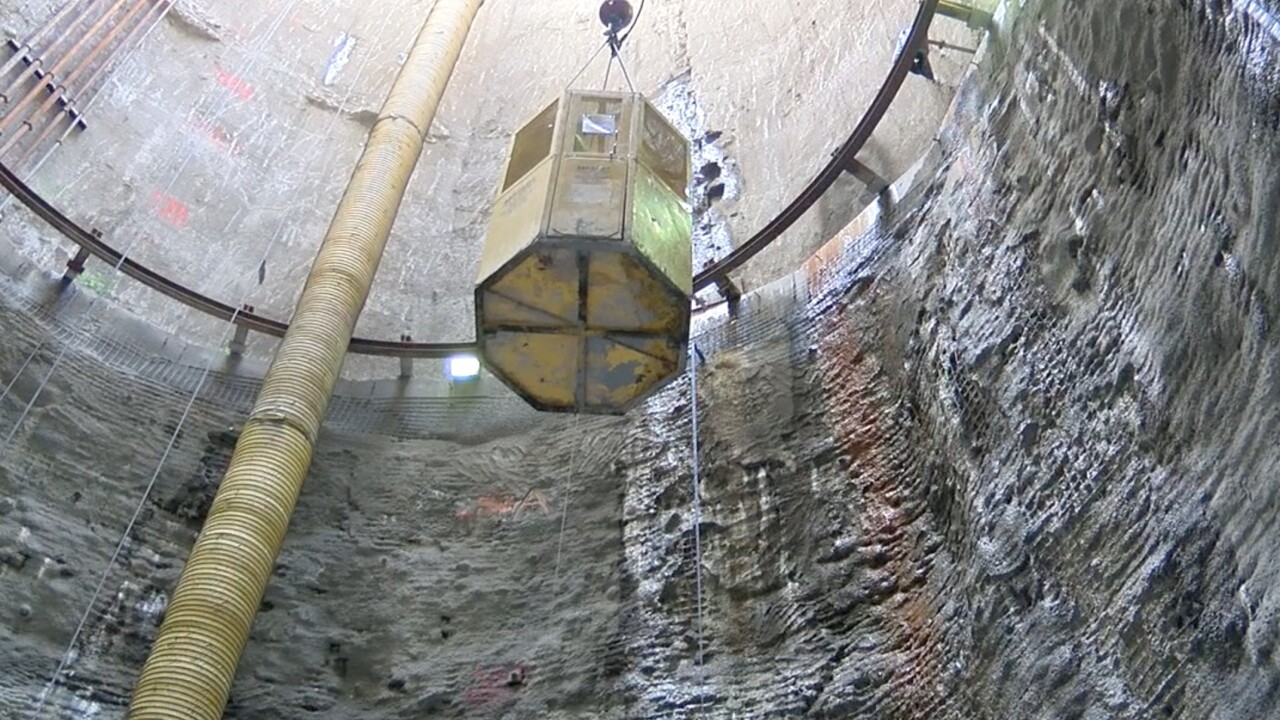 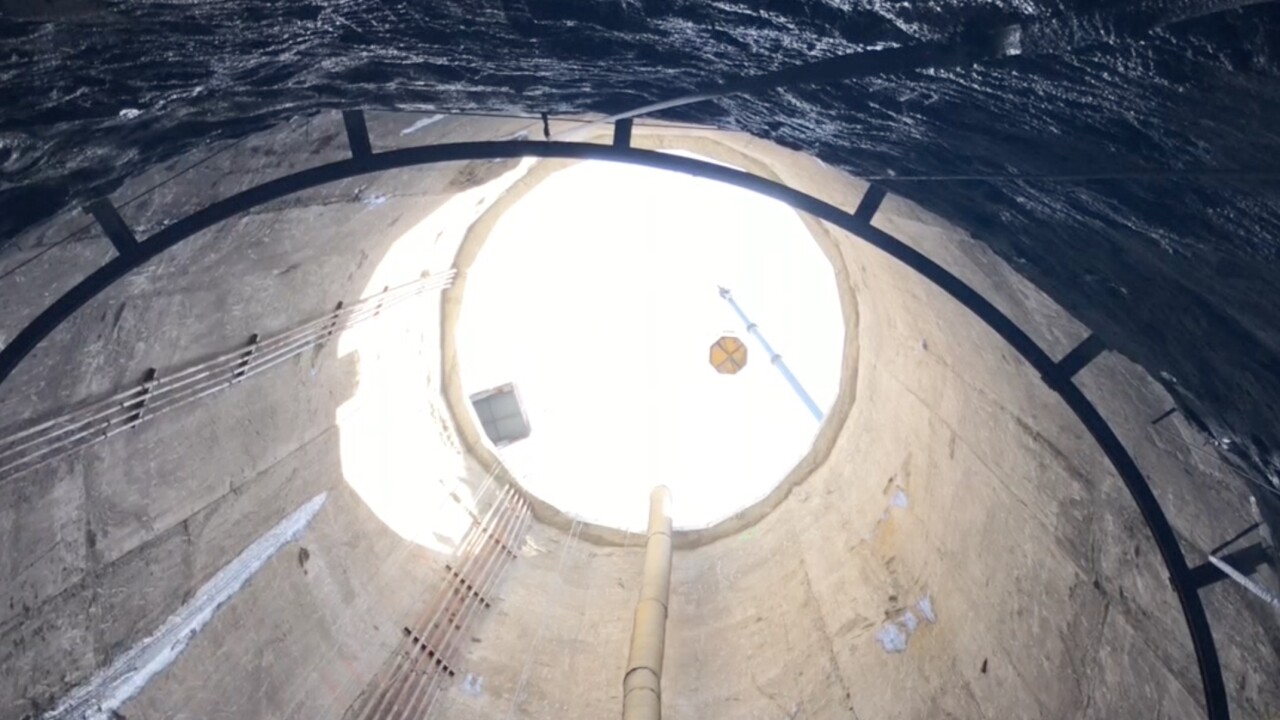 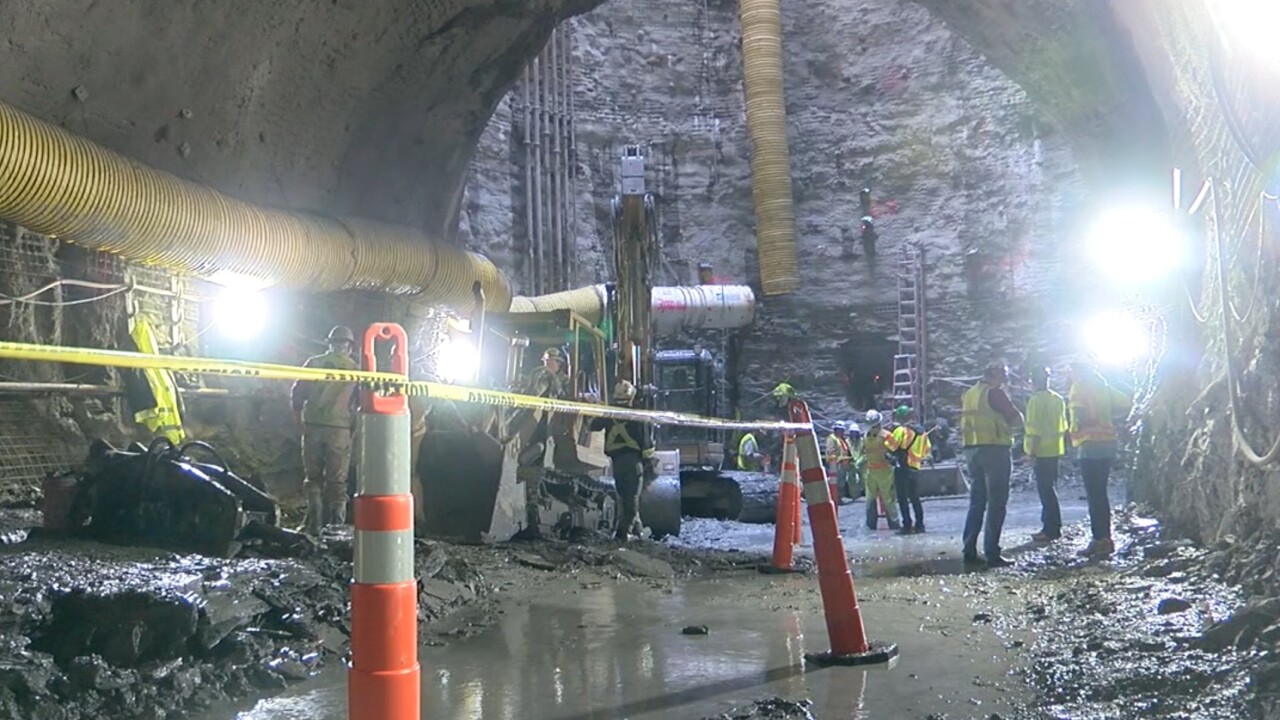 CLEVELAND — It's the most expensive infrastructure project in Northeast Ohio history and it's one you'll never see. There are signs promoting Project Clean Lake in key locations like University Circle, but the bulk of the $3 billion project is going on out of sight, deep below the ground.

The project is the Northeast Ohio Regional Sewer District's response to a federal mandate years ago to reduce the amount on untreated water that flows into the Cuyahoga River and in turn Lake Erie during storms.

The sewers that carry our house waste to be treated are also filled with rainwater that flows in from our gutters and street drains — a volume of water during a storm that the water treatment system simply cannot handle. Project Clean Lake will see the construction of seven underground tunnels, some three to five miles in length that will be used to store storm water and sewage during a heavy rain event until it can be pumped out, cleaned and released into the lake.

During the 1970s, an estimated nine billion gallons of untreated water would flow into Lake Erie during heavy rains, and even though they were able to reduce that to 4.5 billion gallons, Cleveland was still found to be in violation of the Federal Clean Water Act and was mandated to come up with a solution. Project Clean Lake will eventually take that to under a half billion gallons a year.

Last summer, the 3-mile long Euclid Creek Tunnel, where construction started in 2011, officially came online, and later this year the Dugway storage tunnel will begin taking overflow from the Glenville area. In University Circle, work is underway digging the Doan Valley Tunnel roughly 80 feet below the Circle. On the west side of Cleveland, work began last May on the Westerly Storage Tunnel.

Crews there have completed the 200-foot shaft off of Scranton Road in the Flats and are about 90 feet into a 200 feet tail tunnel where the boring machine will be assembled when it arrives from overseas in August. It will then begin digging the two-mile tunnel under Tremont, Ohio City and the Detroit-Shoreway neighborhoods.

"You'll see our second shaft over by the Harp [Restaurant] just on the south side of the Shoreway by West 45th Street," said NEORSD's Jenn Elting. "That's the second of our construction sites and this tunnel will be completed just a little bit north of the Soap Box Derby on the north side of the Shoreway."

The direct beneficiary of the Westerly Tunnel will be the Cuyahoga River, which sees about 330 million gallons of untreated overflow from Walworth Run each year. That's roughly equal to the amount of water that flows over Niagara Falls in 7.5 minutes.

"So that's combined sewage that's directly impacting the Cuyahoga River," Elting said. "By 2022, the goal is to have that 330 million gallons down to just about 15 million gallons. So it will completely control everything and all except the biggest rain storms."

The entire $3 billion price tag has been ratepayer funded; that's why Northeast Ohio Regional Sewer District customers have seen a slow creep in their bills of around ten percent a year. The good news is the district has been able to put into place cost savings that have the project around a half billion dollars under budget.