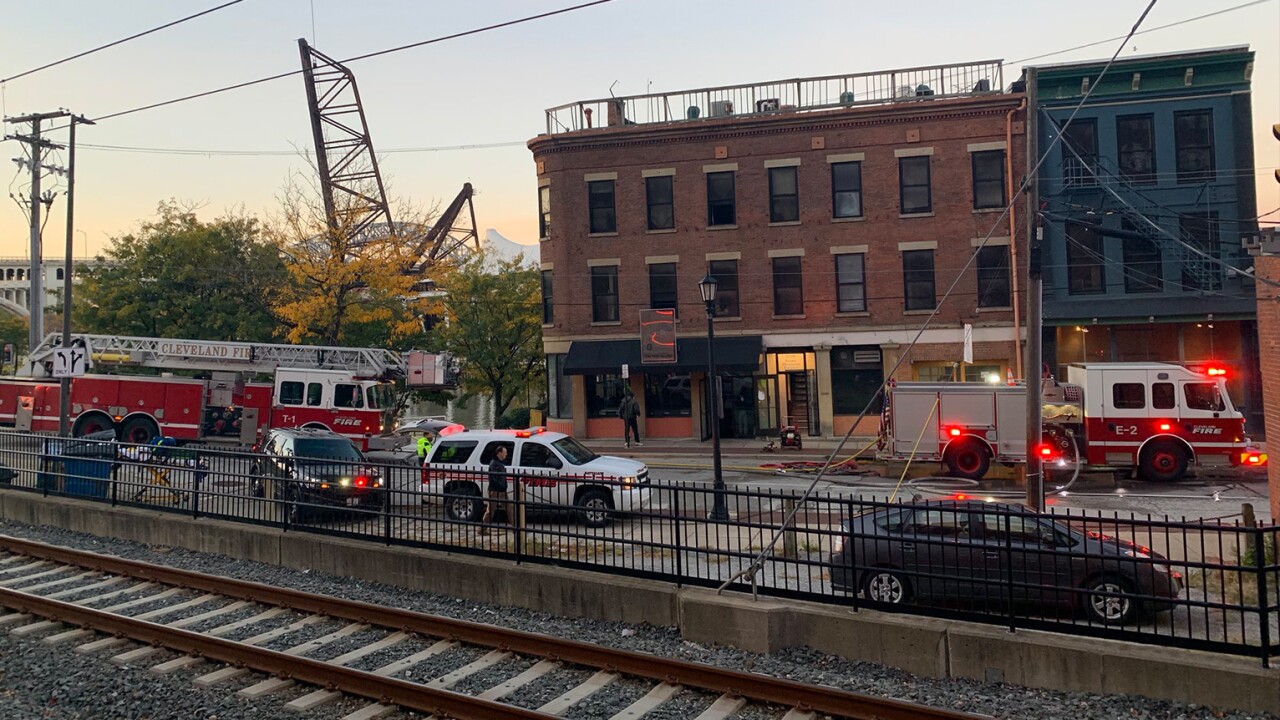 Cleveland Fire Department.
Firefighters battled a fire that started at a historic building on the east bank of the Flats Saturday morning.

CLEVELAND — A popular venue on the east bank of the Flats caught fire early Saturday morning.

The fire happened at the building that houses the 1330 On The River restaurant, located at 1330 Old River Road, around 6:30 a.m.

Cleveland firefighters were able to knock down the fire, which was on the building’s deck, and keep it from spreading through the historic building.

The fire was brought under control shortly before 8 a.m.

One firefighter sustained a minor injury.

#CLEFIREONSCENE 222 Alarm Fire in Occupied Mixed Use Building on Old River Road, east bank of Flats, next to Cuyahoga River in 2nd Battalion. Fire Under Control. One #CLEFIRE Member Minor Injury. Cause under investigation. pic.twitter.com/MQBXVbkasd

The cause of the fire hasn’t been determined.

According to the National Register of Historic Places, the building dates back to around 1860 and is one of the oldest buildings in city.