Cleveland lights up purple and gold in honor of Kobe Bryant 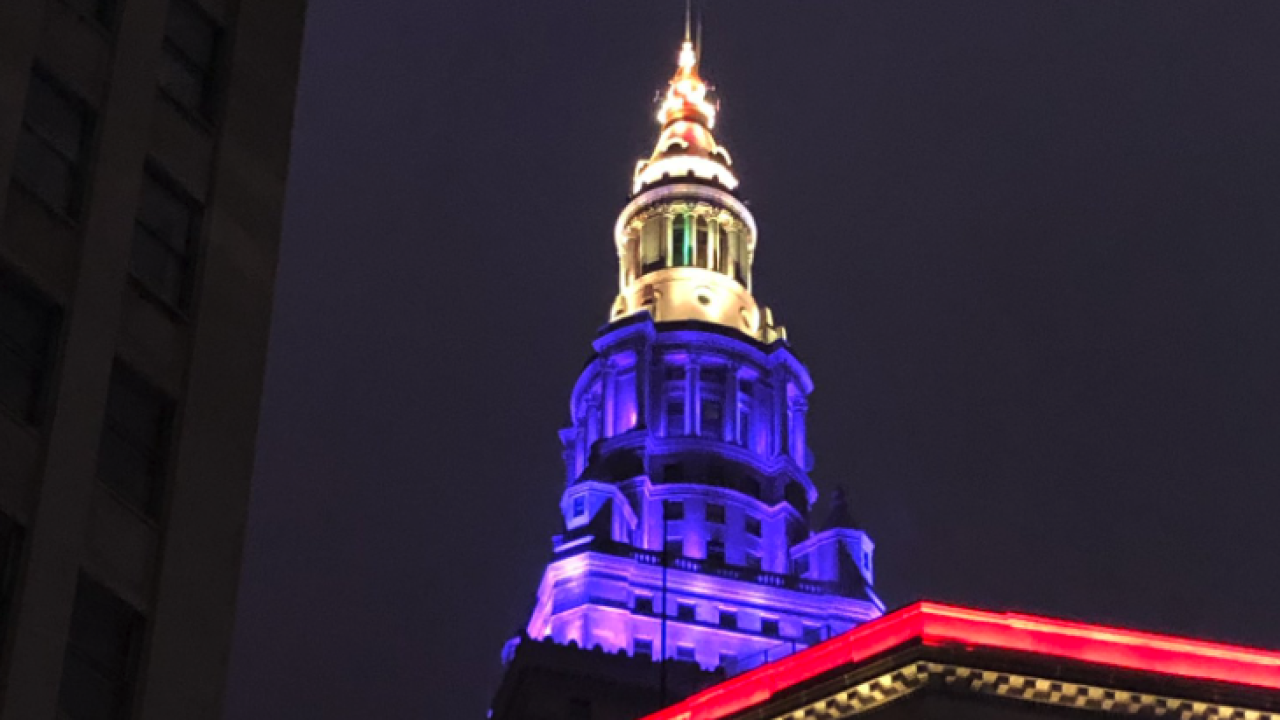 CLEVELAND — Cleveland’s Terminal Tower honored the life and legacy of former NBA superstar Kobe Bryant, who was among the nine people killed in a helicopter crash Sunday morning, by lighting up purple and gold.

Other Cleveland landmarks showed their respect with purple and gold lights, including buildings in the Playhouse Square district.

The 41-year-old former NBA star and his 13-year-old daughter, Gianna, were aboard the aircraft when it went down in Calabasas around 10 a.m. PST.

Cleveland was never home to Bryant but his legacy lives on in the hearts and memories of people all around the world, including right here in Northeast Ohio.

RELATED: Kobe's last game in Cleveland against LeBron is one we'll always remember