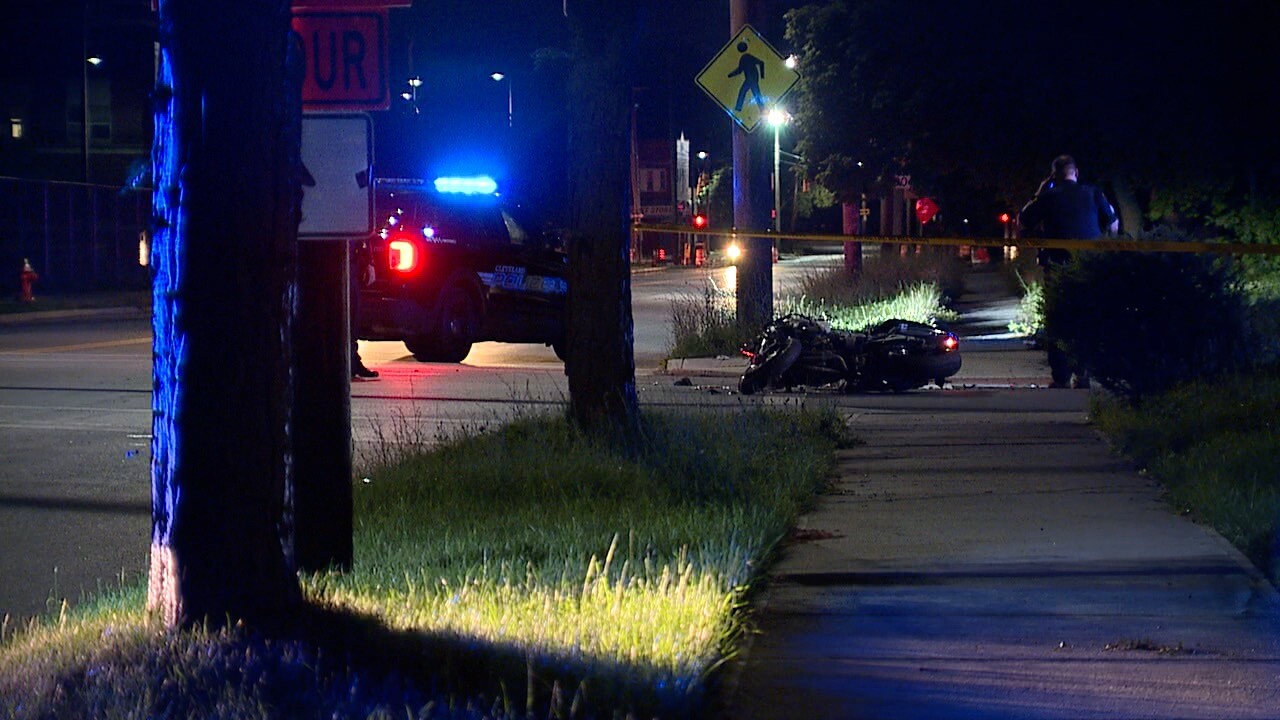 CLEVELAND — Cleveland police are offering a reward for information leading to the identity and prosecution of the driver involved in a fatal hit-skip crash on July 1.

Around 2:23 a.m. Wednesday, a 29-year-old man on a motorcycle was struck by an SUV at the intersection of Corlett Avenue and East 120th Street. After the crash, the SUV fled the scene, heading west on Corlett Avenue, police said.

The 29-year-old man was pronounced dead at the scene.

The SUV is silver or light-colored and should have noticeable damage, mostly on the passenger side, according to police.

Cleveland police are offering a reward of up to $2,500 for information leading to the identity of the driver of the SUV and their prosecution.

Anyone with information about the incident or the vehicle involved is asked to call investigators at 216-623-5295.