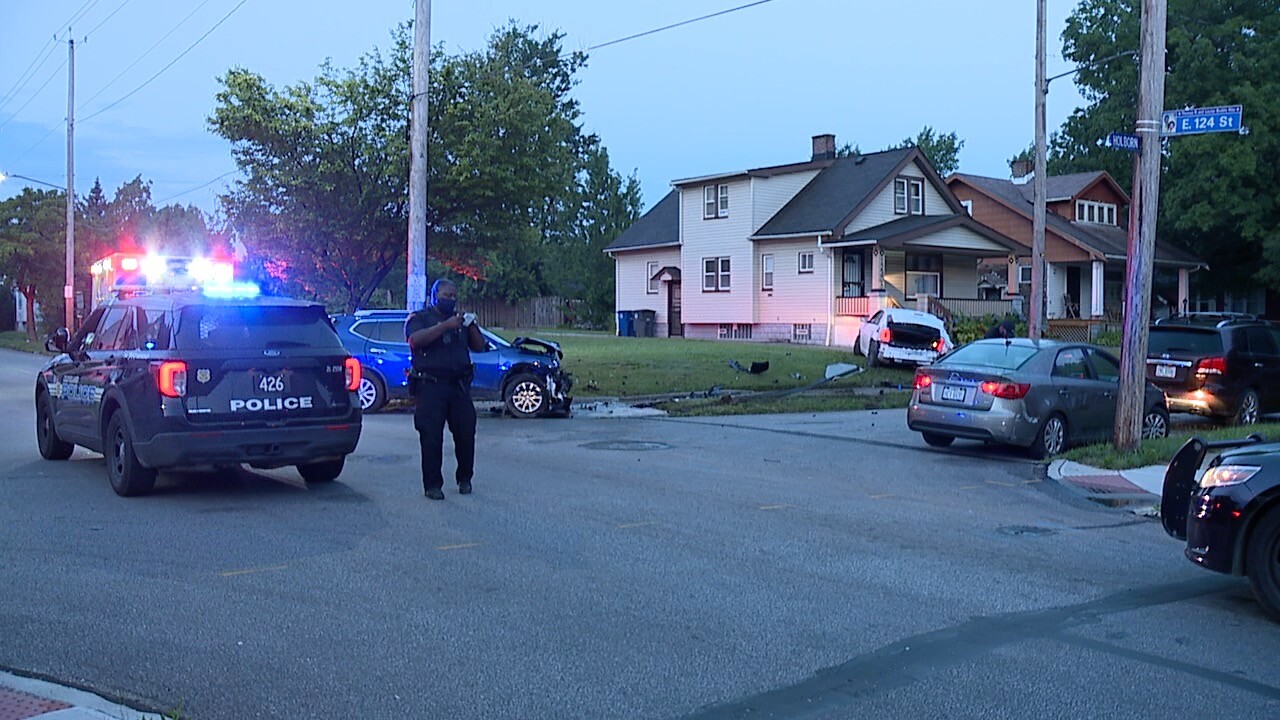 CLEVELAND — Cleveland police responded to a two-car crash on the city’s East Side Monday morning.

Police responded to 124th Street and Holborn Avenue for a two-car crash.

One car sustained heavy front-end damage and the second one had damage to its rear after it ended up in a nearby yard.

EMS responded to the scene but it’s unknown if anyone was transported.