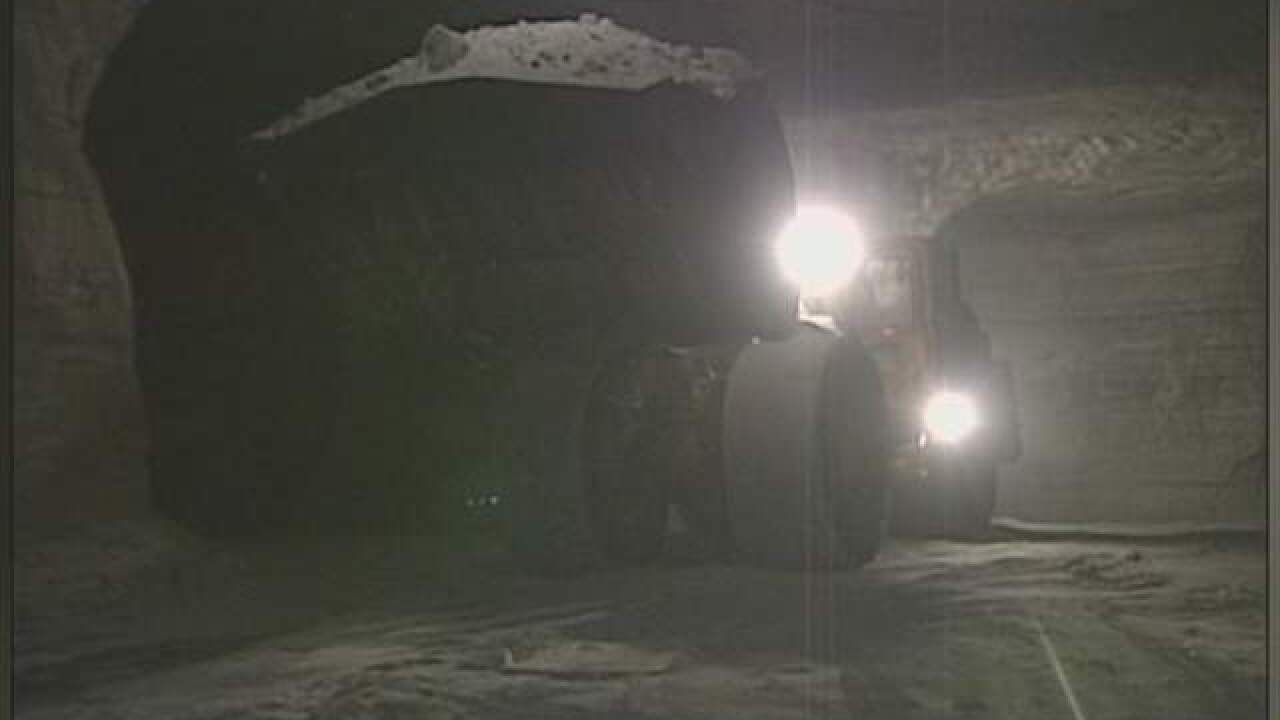 Copyright 2013 Scripps Media, Inc. All rights reserved. This material may not be published, broadcast, rewritten, or redistributed.
WEWS

This season several winter storms have depleted local salt reserves in Northeast Ohio, but a water leak affecting the Cargill salt mine has also been a factor.

The mine is located on Whiskey Island.

According to Cargill spokesperson Justin Barber, the company has been managing a leak that has been seeping into the mine for quite some time.

"There is water leakage in Cargill's Cleveland mine we have been proactively managing for a number of years," Barber said. The company has a plan to address the issue long-term, he said.

The leak is one of the reasons the company has "experienced constrained road salt inventory," Barber said.

In addition to the leak, Barber says the largest factor is the high demand for salt caused by the number of winter storms this season.

"We remain focused on supporting our customers throughout the remaining winter months while ensuring we're producing salt as quickly and safely as possible," Barber said. "We are sorry for any delayed shipments."

RELATED: Miners at Cargill Salt Mine in Cleveland sent home for movement in mine's ceiling