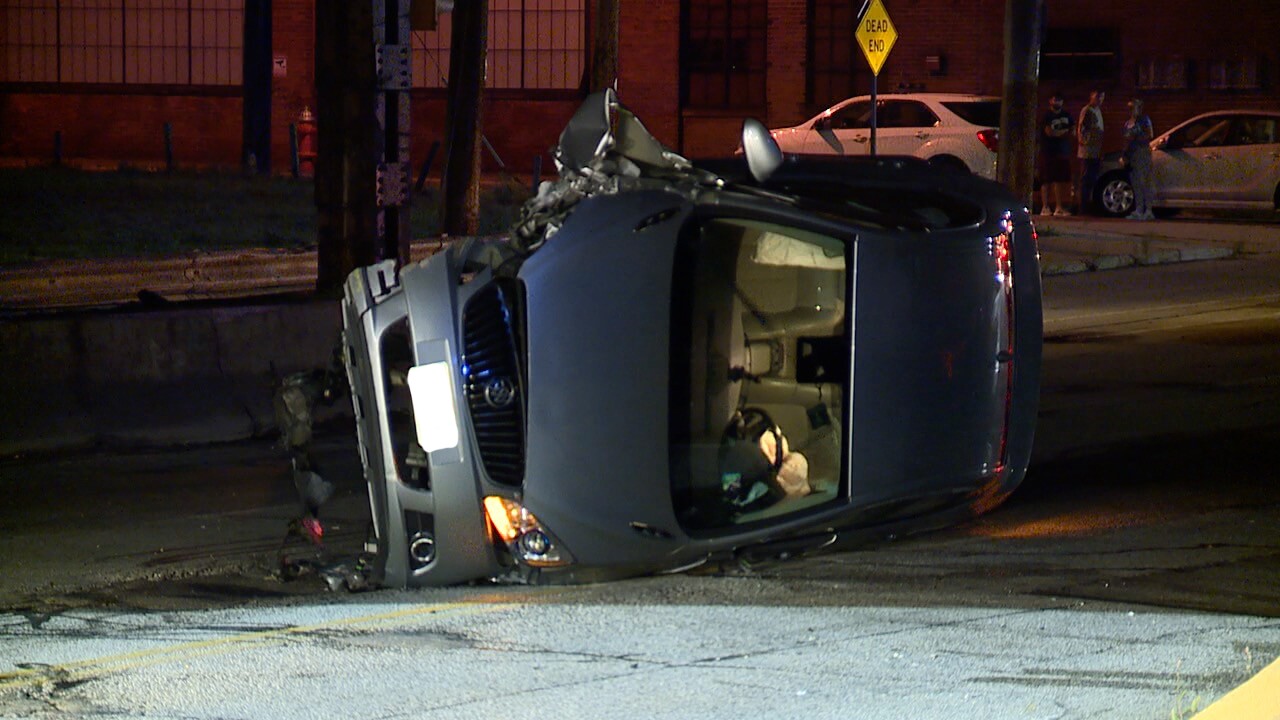 Dave Hatala
One car crash on Carnegie just East of East 55th under the railroad bridge.

CLEVELAND — A driver involved in a rollover crash told a News 5 photojournalist at the scene that he fell asleep while driving Monday morning.

One car accident on Carnegie just east of E 55th under the railroad bridge.
The driver tells one of our photographers @davehatala that he fell asleep.. #GMCle pic.twitter.com/TKoRnJjpSR

Cleveland police responded to Carnegie Avenue, just east of East 55th Street under the railroad bridge for a rollover crash.

The driver told a News 5 photojournalist at the scene of the crash that he fell asleep, causing his vehicle to flip over.

News 5 has reached out to authorities for additional details on this crash.