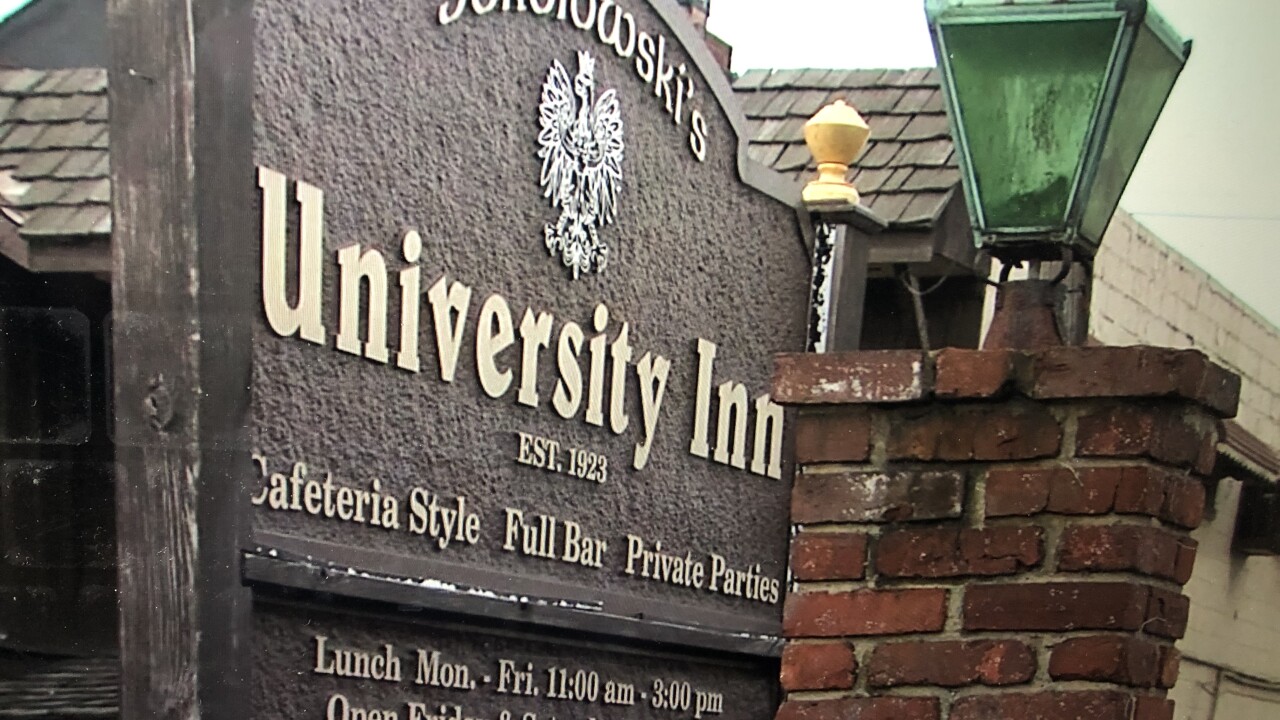 CLEVELAND — Sokolowski’s University Inn, an award-winning and venerated local food gem, may be closing. It also may not, and hope no doubt springs eternal among those who have had the privilege of tasting its best-in-class pierogis, along with its entire Polish and Eastern European menu.

Earlier this week, several local news outlets reported on the impending closure of Cleveland’s oldest family-owned restaurant, citing the ongoing pandemic as the impetus. The owner told Ideastream, a local, non-profit news organization, that even with a carryout option, there just wasn’t enough volume of business coming in to cover expenses. However, some outlets have since walked these stories back, and news of Sokolowski's death, to borrow a phrase from Mark Twain, may be exaggerated.

News 5 has reached out to the restaurant’s owners multiple times this week to independently confirm their plans to shutter the Downtown eatery, but we have yet to receive a definitive answer one way or the other.

On Wednesday night, the restaurant’s Facebook page posted for the first time since April with the following message:

"The Sokolowski family would like to thank all of our beloved patrons, staff, and friends over the years for their amazing support. The stories shared go right to the heart of what we have created: a place for family to gather and create new traditions, enjoy delicious food, and to celebrate Cleveland.

"'Enter as strangers, leave as friends,' our favorite motto. We love you all!"

While followers replied with heartfelt messages bemoaning the restaurant’s closing – messages that were not corrected by the owners – the post itself makes no mention of if or when Sokolowski’s will sling its final pierogi.

Sokolowski’s website still states that it is “temporarily closed,” the same message that has been on the site for months.

No matter the ultimate fate of this true Cleveland icon, News 5 will endeavor to provide the latest confirmed information to you, our hungry audience.

Last year, Sokolowski’s made the No. 2 spot on Food & Wine’s list of “The Best Cafeterias in America,” and Michael Symon recently included it in his "The Best Thing I Ever Ate" list on the Food Network.

They were also a popular featured local business on News 5's "My Ohio" series back in 2015:

Sokolowski’s was established in 1923, and third-generation co-owner Mary Balbier, who runs the restaurant along with her brothers Mike and Bernie, told News 5 last year that she was proud to carry on her family's tradition of bringing great food to the plates of hungry Clevelanders.