LIST: These are the exit ramps closed to restrict drivers from entering downtown Cleveland 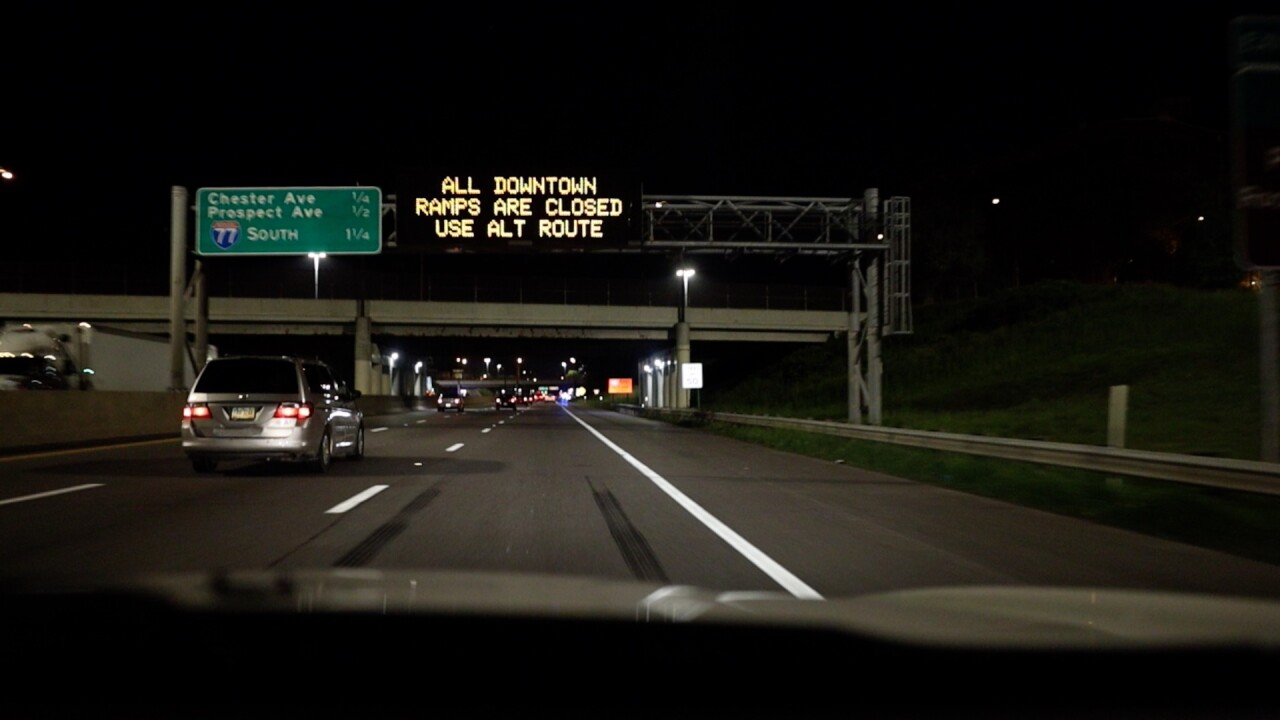 CLEVELAND — The City of Cleveland, along with the Ohio Department of Transportation and law enforcement, placed concrete barriers throughout the city to restrict traffic into downtown Cleveland. City officials announced that the Proclamation of Civil Emergency and curfew enacted in the Downtown and central business area of the city has been extended until June 2.

ODOT said per the City of Cleveland, the following ramps are closed:

Authorities are asking drivers to respect the barricades.

A curfew and parking ban has also been place for downtown and the area to West 28th Street from Lorain Avenue to Superior Viaduct, which is in effect starting at 8 a.m. Monday until June 2. All highway entrances to downtown are closed.

There are several exit ramps that are closed this morning restricting access to downtown. Here’s the exit at Chester from 90 EB. People are blowing through the Road Closed signs. #GMCle pic.twitter.com/ogNJ4HXEJG