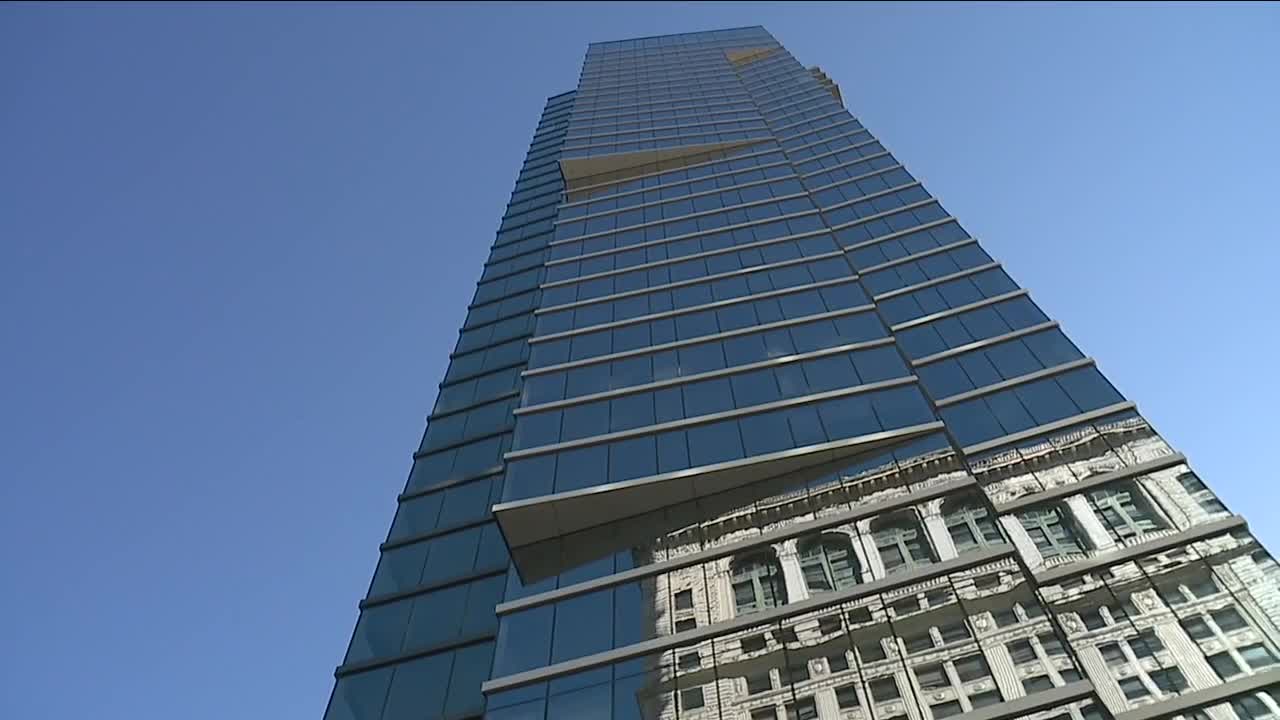 Clevelanders have watched The Lumen rise from a former parking lot for the better part of the last two years. Its grand opening Thursday means more people can try to rent one of the 318 apartments (86 of which are already leased) and use the 22,000 square feet of community space. 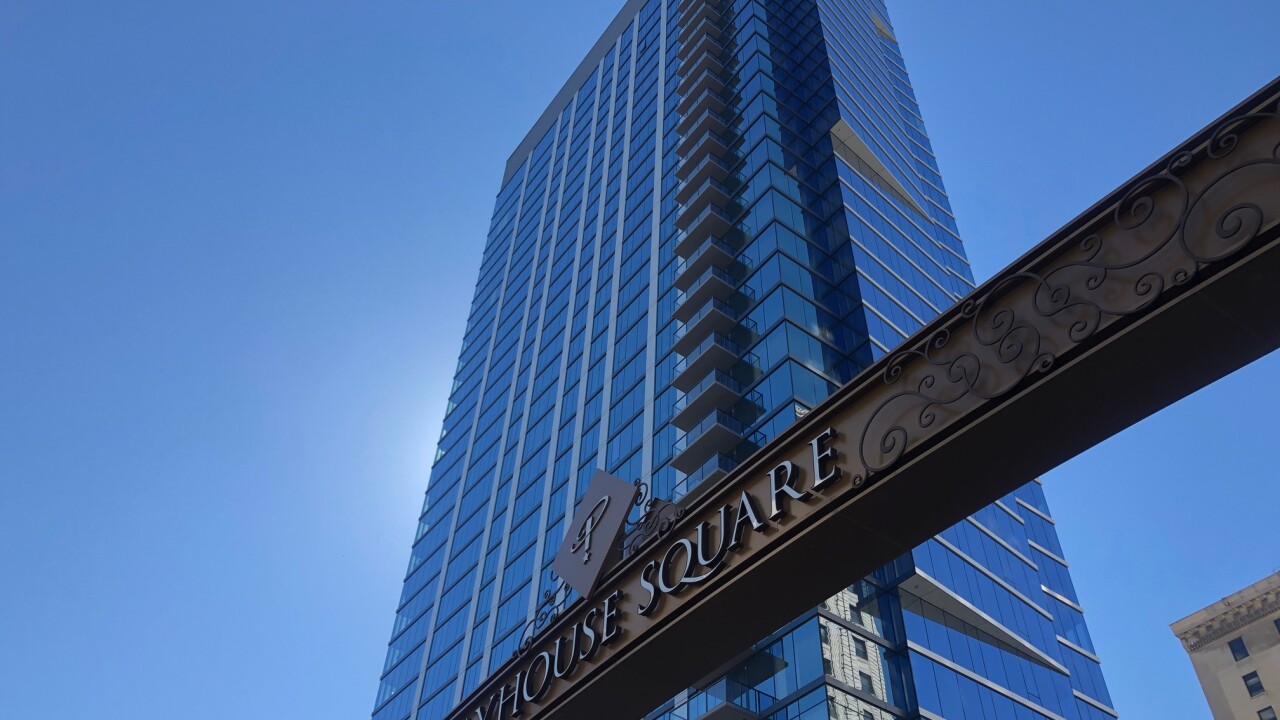 CLEVELAND — Clevelanders have watched The Lumen rise from a former parking lot for the better part of the last two years at the corner of Euclid Avenue and East 17th Street. Its grand opening Thursday means more people can try to rent one of the 318 apartments (86 of which are already leased) and use the 22,000 square feet of community space.

The reflective glass helps the building blend into the landscape while it reflects the historic architecture next-door and across the street from the roughly $136 million project.

“It shows the community both what you have and what is possible,” said Playhouse Square President and CEO Gina Vernaci.

The reflection that Downtown Cleveland can see is full of historic buildings that have been re-purposed into new apartments and office space. Aside from its massive size and modern design, what sets The Lumen apart from its neighbors is that it’s brand new.

“There’s something about big new buildings coming out of the ground that shows a certain optimism for the future,” said Kent State Cleveland Urban Design Collaborative (CUDC) Director of Terry Schwarz.

She’s seen The Lumen be built from her office just down the street and says the impact of a new construction project goes beyond that morale life.

“New construction has their own kind of incentives [compared to projects that renovate existing buildings] but it’s different,” said Schwarz. “It’s harder and requires a greater investment from the developer.

Intro will be the tallest timber building in the United States when it’s done in early 2022.

The $150 million project will bring 298 apartments with 10 “ultra-luxury” units right across the street from the West Side Market. The 36,000 square feet of retail space along with a wedding venue on the top of the building will bring new life and much more density to Ohio City.

“We don’t look at other projects and say, ‘Man, hope that one doesn’t fill up,” said Whalen. “We want them all to fill up. We want everybody to be successful. We want there to be density.”

That’s why he and other projects will root for The Lumen to fill up, showing that it’s good business to turn even more parking lots into new buildings.

The elephant in the room is COVID and what the economic recovery looks like after the pandemic has passed.

“I don’t know if it’ll get worse but it’ll certainly be a little while before it gets better,” said Whalen.

Schwarz says one upside is that the same desire to live downtown and near amenities doesn’t seem to be softening even in the middle of the pandemic.

“When things settle down a little bit, that demand that The Lumen project was based on still exists,” said Schwarz.