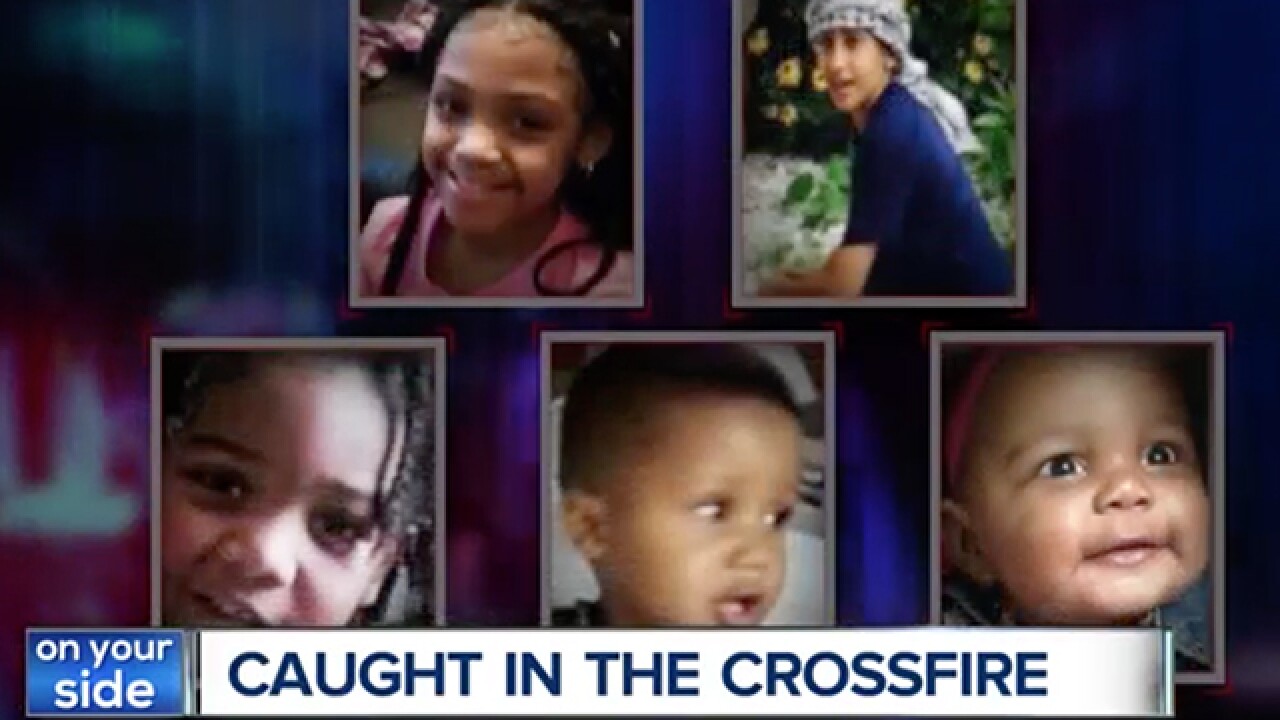 Over the past few years, innocent children in Cleveland have lost their lives to random violence — simply by being bystanders caught in the crossfire by people with no regard for the life around them. Police say they are fighting back, but there's no end to the violence in sight and the list of fatalities keeps growing.

RELATED: Caught in the Crossfire – A special report on the death of Saniyah Nicholson

Nine-year-old Saniyah Johnson's life was cut brutally short on Wednesday when she was hit by a bullet fired by two groups who had a shootout near a shopping center in broad daylight. She was taken to Rainbow Babies and Children's Hospital and pronounced dead.

View a full-screen version of this interactive map here.

In November 2017, a 12-year-old boy named Abdel Latif Bashiti was killed outside his father's beauty supply store on Buckeye Road. Abdel had heard gunfire and went outside to see what was happening. When he stepped outside he was shot in the torso and later died.

Another senseless killing happened on Oct. 1, 2015, when an infant riding in a car with her family was fatally shot. Five-month-old Aavielle Wakefield died before the ambulance arrived.

The child’s mother, Ieshia Wakefield, said she was driving her family to the grocery store when several gunshots were fired at her car.

“The only thing I could think of was hitting the gas pedal and trying to save my family,” Wakefield said. “The first person I thought of was my baby. And she didn't make it.”

Wakefield’s mother-in-law, eight-year-old daughter and baby Aavielle were in the car at the time.

According to the family, a bullet entered the back door, through the car seat and hit the baby in the chest.

“I picked her up and she was gasping for her life,” Wakefield said. “It just hurts… because why do this? For what?”

Aavielle’s father, Charles Wakefield, said he believes his car was mistaken for someone else’s.

On the night of Sept. 24, 2015, a 5-year-old boy named Ramon Burnett was playing football with his family and friends outside his home on Louise Harris Drive when he was fatally shot in a drive-by shooting.

Ramon had just started school and was preparing to be a big brother. His mother was nine months pregnant at the time of the shooting.

On Sept. 15, 2015, a 3-year-old boy named Major Howard was sitting on a woman's lap inside a car on East 113th Street when he was hit by gunfire. He died at a hospital a short time later.