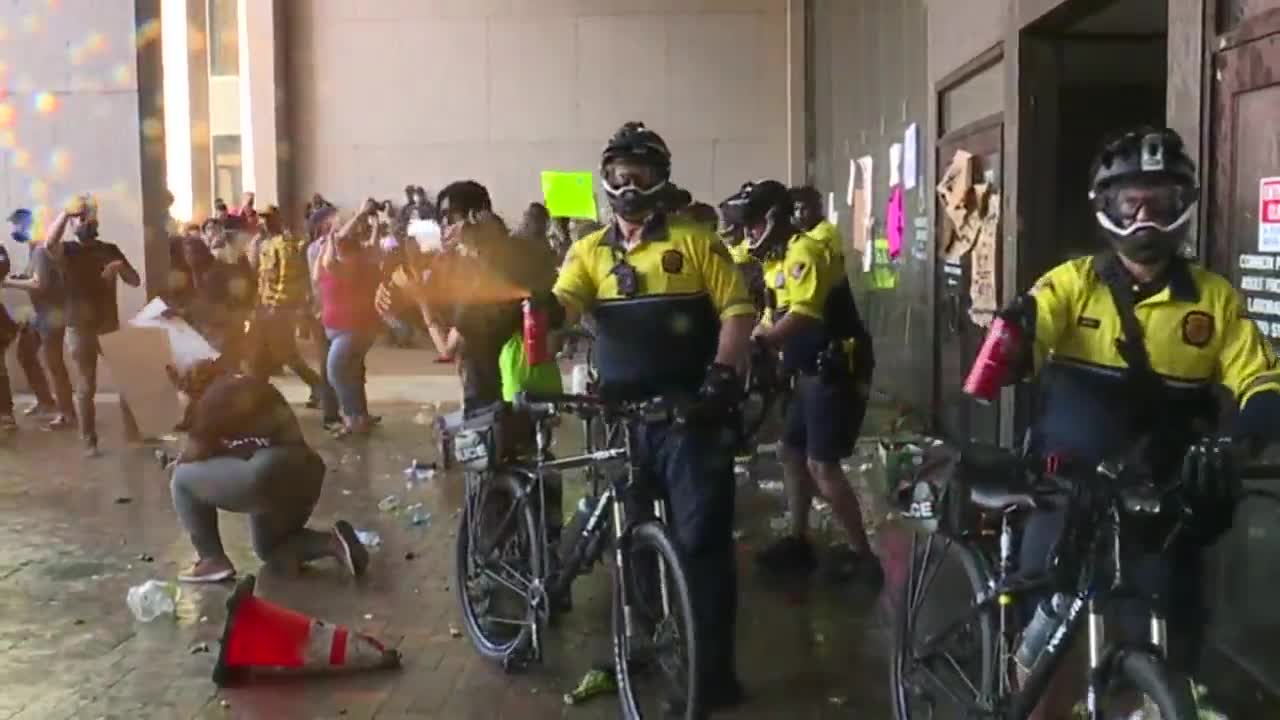 While many protesters fought to keep Saturday's demonstration peaceful in Cleveland, some began throwing items at officers and kicking their bicycles. Cleveland police responded with a chemical deterrent. 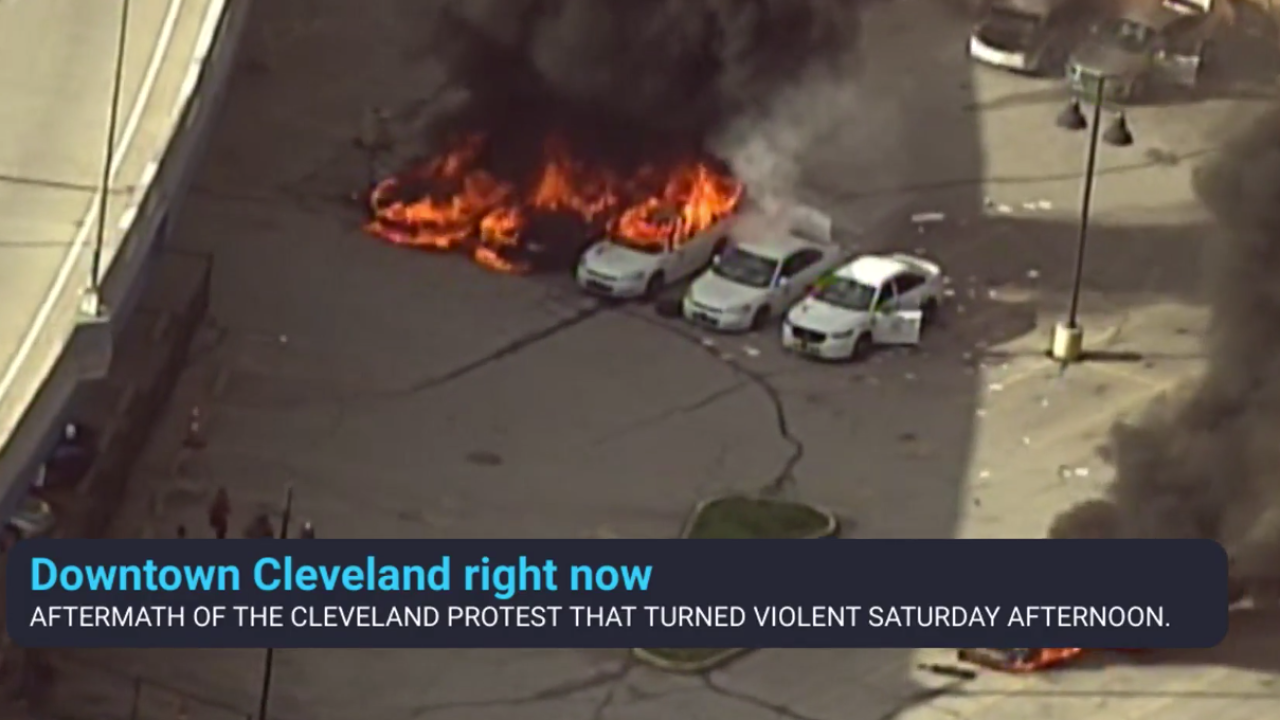 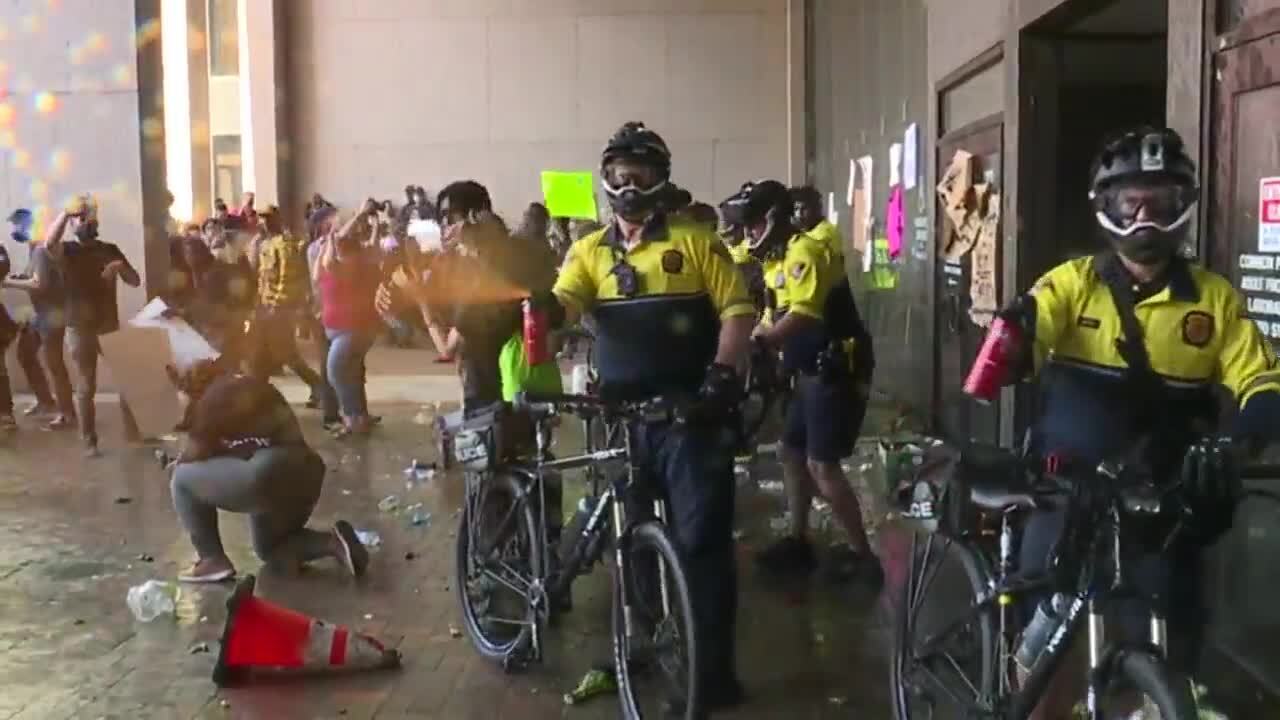 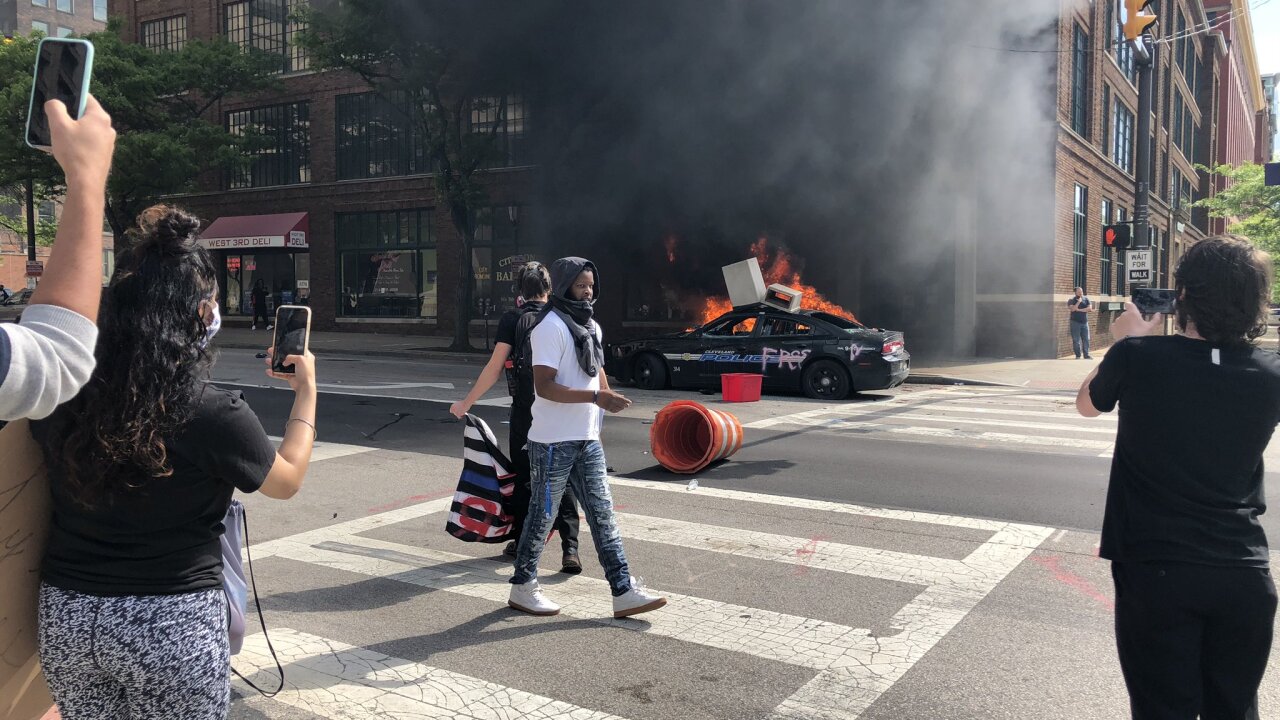 CLEVELAND — Members of the Cleveland Police Department deployed chemical deterrents Saturday afternoon after protesters marched from the Free Stamp at Willard Park to the doors of the Justice Center and some became violent.

Authorities deployed the deterrents after they were pelted with objects from the crowd. Multiple protesters could be seen urging other demonstrators to stop the violence and protest peacefully.

Organizers are begging for peace pic.twitter.com/0AAiZM36QS

The Cuyahoga County Sheriff's office responded from inside the Justice Center by sending deputies wearing full riot gear to guard the doors.

Cleveland police announced multiple dispersal orders to protesters who are being disorderly and throwing objects.

Police then began firing shots at the crowd with what appeared to be paintball guns with another chemical deterrent and protesters could be seen coughing.

Demonstrators were seen helping wash the chemical from people's faces with milk and rags.

People in the streets could be seen vandalizing police cars. You can watch video from AirTracker5 in the player below.

One of the cruisers was tagged with the word "pigs" on the trunk. The vehicle could later be seen fully engulfed in flames.

A police car is on fire at Lakeside & W. 3rd pic.twitter.com/9hK6BHnVVr

Later on in the evening, more cars were set on fire and could be seen burning.

You can watch the demonstration from earlier in the afternoon in the player below.