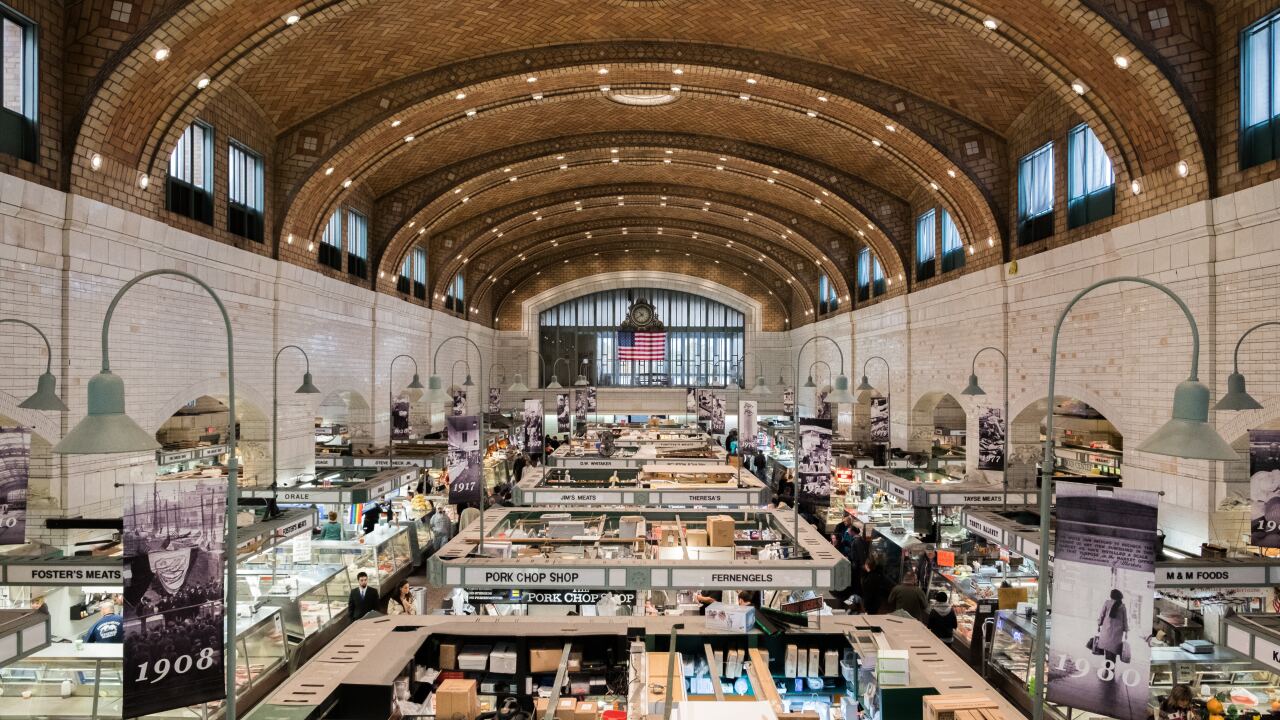 West Side Market. Courtesy of Unplash.com

CLEVELAND — The coronavirus has hit local businesses hard, including The West Side Market, where foot traffic has been down since the onset of the pandemic.

The year was off to a good start for the market, with traffic up during January and February from the previous year.

According to data released by the City of Cleveland, which manages the more than 100-year-old market, traffic began to decline in March with a total of 53, 300 visitors during the month, compared to the 93, 700 visitors reported during the same time in 2019.

April saw the biggest decrease, with about 60,000 fewer visitors than the year before. In July, there were about 40,000 fewer people who went to the market when compared to 2019.

So far, the year has averaged about 63% of the 2019 traffic from January to July.

The West Side Market now opens later in the morning so that it can be open later in the day for customers who want to shop in the early evening after work.

The City of Cleveland said it plans to hire a consultant to review management and growth opportunities at the market. Officials hope to have a consultant selected and under contract by this fall.