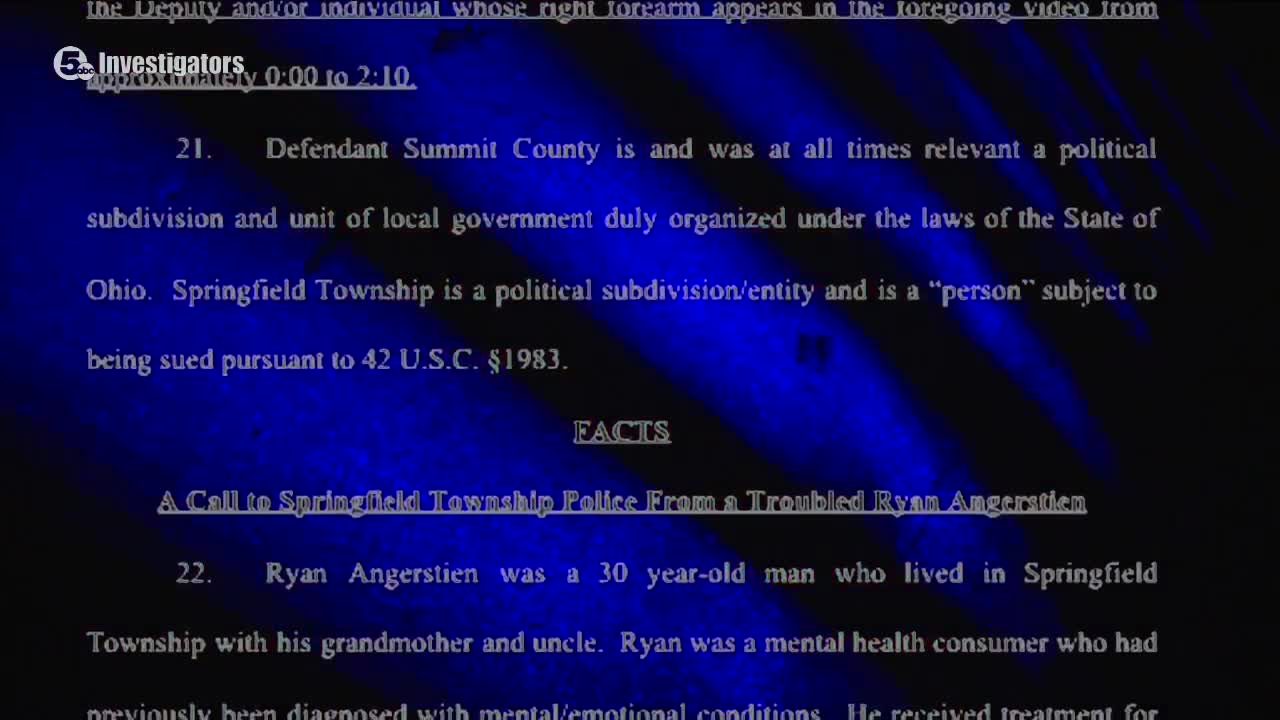 A federal lawsuit was just filed that alleges Springfield Township police improperly restrained him and denied him medical care while he was experiencing a mental health crisis.

Body camera video captured by an officer shows Angerstien being restrained. Attorneys say he was in the midst of a mental health crisis

The federal lawsuit filed today by his family alleges officers used excessive force when they tasered him and got on top of him during the incident in June of 2018.

Paul Cristallo, the attorney representing Angerstien’s family says Ryan was already dead by the time help arrived and that “Ryan’s death was an inhumane tragedy which could have been avoided.”

News 5 has reached out to the Springfield Township Police Department for comment.