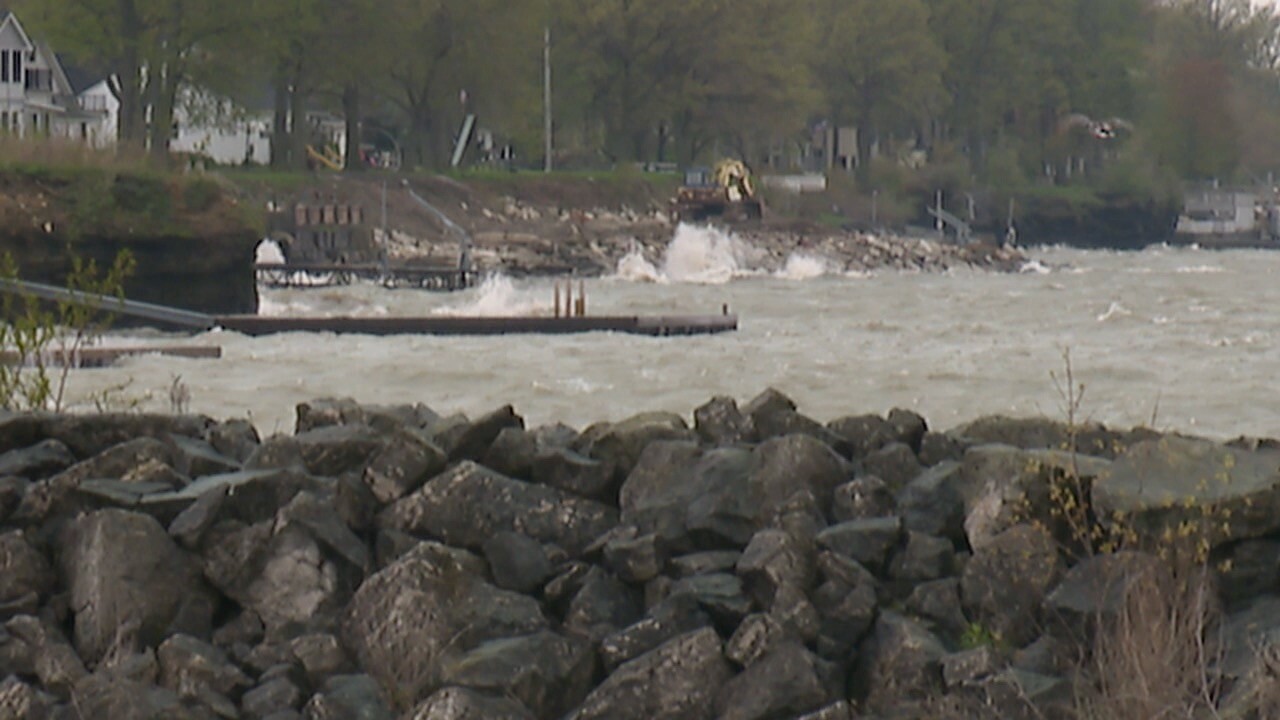 Ken Basch, Jr.
Water levels along Lake Erie are at near-record levels, according to the U.S Army Corps of Engineers.

CLEVELAND — The United States Army Corps of Engineers keeps a record of all the Great Lakes’ water levels and since the first of the month, Lake Erie has been above the record previously set in 1986 and is still on the rise.

On Wednesday, the daily mean of Lake Erie’s water level was recorded at 573.91 feet, more than an inch higher than what was recorded just three days prior.

The record water levels come amid erosion concerns along the shores of Lake Erie.

In Geneva-On-The-Lake, around 35 feet of shoreline disappeared from Township Park at the end of February. The observation deck at Overlook Beach Park in Mentor-On-The-Lake was forced to close to erosion along the coastline.

According to The United States Army Corps of Engineers’ report, water levels are expected to continue to rise, setting monthly record highs until May.

As the water levels rise, communities and property owners along the shores of Lake Erie will continue working to battle the erosion that comes with it.