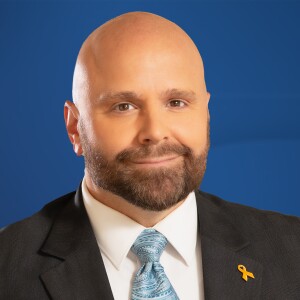 Cameras in stores, airports, even doorbells can capture an image of your face. What those cameras show are fueling a national debate over security, privacy, and the accuracy of facial recognition technology.

Cameras in stores, airports, even doorbells can capture an image of your face. What those cameras show are fueling a national debate over security, privacy, and the accuracy of facial recognition technology. The 5 On Your Side Investigators looked closely at facial recognition: what works, what doesn't, and what still needs to be figured out in Ohio.

The Search for C.J.

The facial recognition technology that can pick you out of a crowd is also helping solve murders here in Northeast Ohio.

"It's nice to have as many tools as you can when you're trying to arrest people and solve crimes,” said Detective Aron Hanlon from the Akron Police Department.

"That facial recognition sped it up tremendously,” said Pashielich.

Marshall Jones, 26, met three men in a car on a cold January day in 2014. Police say he was going to sell them a small amount of marijuana. Instead, he was shot and killed. His body was dumped in the street at an intersection.

Jones' girlfriend said he was meeting a guy named C.J.

"She tells us that they had bought a laptop computer from this C.J. and that C.J. still had a picture of himself on the desktop of it,” said Pasheilich.

So, they took C.J.’s picture and uploaded it into the facial recognition program. The picture was compared to millions of images, including mugshots and driver’s license photos.

The program then came back with a handful of the closest matches — people who look like C.J. and could be suspects. In this case, there was a perfect match to Charles Fortson. The image on his computer, ironically, was his own mugshot, which had a direct match in the photo database.

In this case, it worked and worked well.

"We find this fella and interview him and then he comes clean about everything that happened,” said Hanlon.

Fortson was quickly arrested along with two other suspects. All three are now serving prison sentences.

Joy Buolamwini is a researcher at MIT. She recently tested three facial recognition programs from IBM, Microsoft, and Face++.

"We saw that all companies performed worst with darker females," said Buolamwini.

When we took a closer look at her findings, lighter skinned men, white men, had a 99% to 100% accuracy rate. However, when it came to darker women, two of the programs were only 65% accurate.

A different test done by the ACLU showed Amazon's recognition program couldn't correctly identify members of Congress; many are people of color.

In Buolamwini's study, programs called her a male. "It didn't do so well until I put on a white mask," she demonstrated in a recent video.

Problems with identifying women and minorities are the very reason that Ohio Attorney General Dave Yost called for a review of its facial recognition program.

"This is a specialized tool,” said Yost. “It's useful in certain circumstances, but not in every circumstance."

At one point, officers around the state could just hop onto their computers, log in and use the A.G.'s facial recognition tool, from 3M Cogent Technologies.

But, Yost has pumped the brakes on that now only allowing police to access the software through his office directly.

According to records obtained by the 5 On Your Side Investigators, taxpayers are now paying roughly $5 million per year to 3M Cogent for the technology.

According to the A.G.'s office, the vendor, 3M Cogent stores the photos.

Take, for example, what happened to Steve Talley in Colorado.

“They had flash bang grenades waiting for me that they remote detonated in my face,” he said after cops rushed his home.

Police thought they had their man for a bank robbery. A lawsuit claims detectives used the FBI to compare pictures of Talley and the robber. They went in for the arrest.

"(He) pulls out what appeared to be an expandable baton and used it in like a baseball swing. And 'bam!' and just hits me right in the groin,” described Talley.

He was beaten badly. But as it turns out, Talley wasn't the robber. He was cleared of that crime and, get this, when the bank robber struck again, Talley was arrested a second time. It took the teller at the second bank telling police it wasn't him for authorities to let him go.

"All I'm really looking for is to get my life back to somewhere where I have stability and I have the ability to see my kids and be a father again,” said Talley.

Now, Attorney General Yost has pulled together a panel trying to design the best system as possible in Ohio.

Brian Ray, a professor at Cleveland-Marshall School of Law at Cleveland State University, is on the panel.

"We're not discussing the possibility of a ban at all. We're assuming we're going to use this system,” said Ray.

“Using a face and storing the face as a biometric as opposed to my thumbprint or my iris or something else, raises the concern of mass surveillance,” he said.

Ray told us when people know they're being watched, they will act differently. So, will mass surveillance prevent people from using their freedom of speech, for example, to attend a rally?

"There's a real risk that without some significant and well-enforced limits, that you'll have that chilling effect,” said Ray.

As the committee works, there are questions. Who gets trained on that technology? What’s the training like? How much access should police have to the Ohio Driver's License photo database?

And how do you feel about facial recognition?

Ray also told us by next month the commission should have recommendations for the A.G.’s office about how to best handle facial recognition in the state.