VIDEO: Meteorite spotted off I-77 ahead of Lyrid meteor shower this week 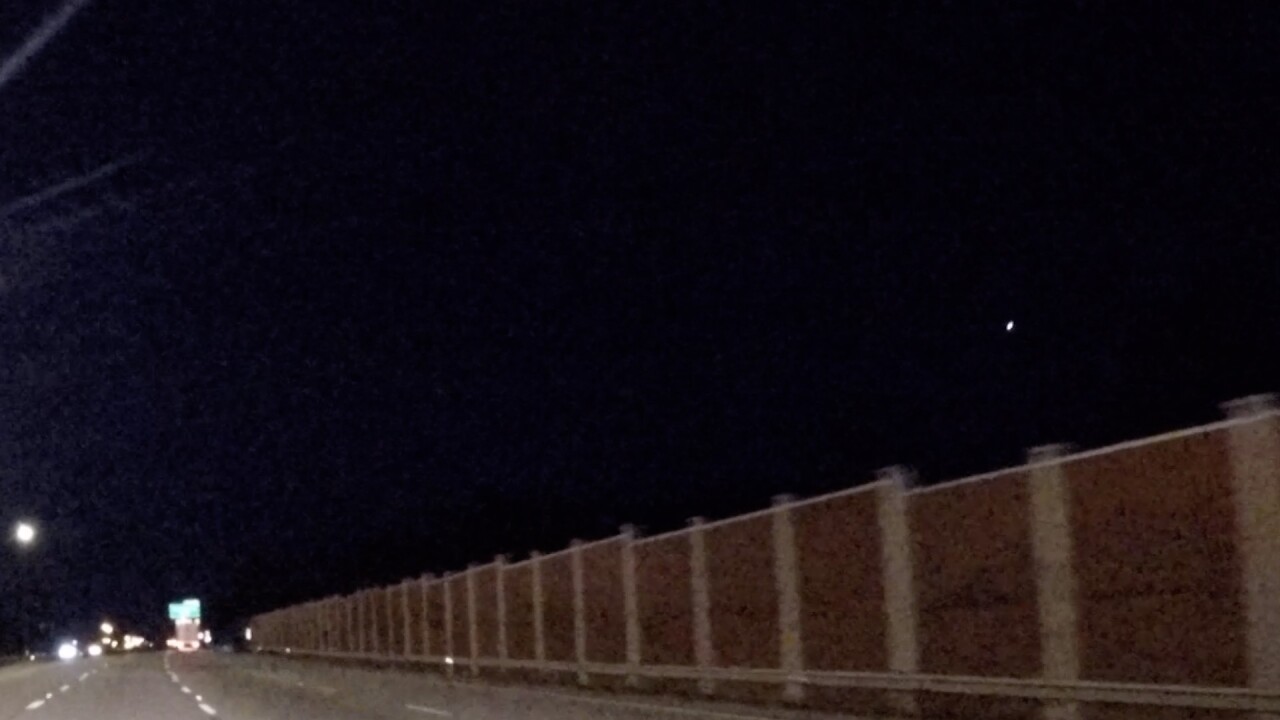 CLEVELAND — Over the next several days, look up at the sky because you could have a chance to see the first meteor shower of spring known as the Lyrid meteor shower that will put on a night skywatching show starting Sunday night and peaking Wednesday night, according to the American Meteor Society (AMS).

News 5 photojournalist Mike Vielhaber caught a glimpse of a meteorite at around 5:54 a.m. Monday while traveling southbound on I-77 between Pleasant Valley and Wallings roads.

Just witnessed a meteorite streak through the sky as I was southbound on I-77 between Pleasant Valley and Wallings. This is dash cam video from around 5:54am. pic.twitter.com/HTlIO1jZ1a

The display seen under normal conditions usually offers a peak of around 10 meteors per hour. The Lyrids tend to produce bright meteors, but usually don't show up well in photographs unless you take time exposures during the peak.

According to CNN, the shower occurs this time each year when Earth's orbit crosses paths with that of Comet Thatcher. The comet loses pieces of itself that go flying into our upper atmosphere at 110,000 miles per hour.

The best time to see this is between midnight and 4 a.m to 5 a.m. EST.