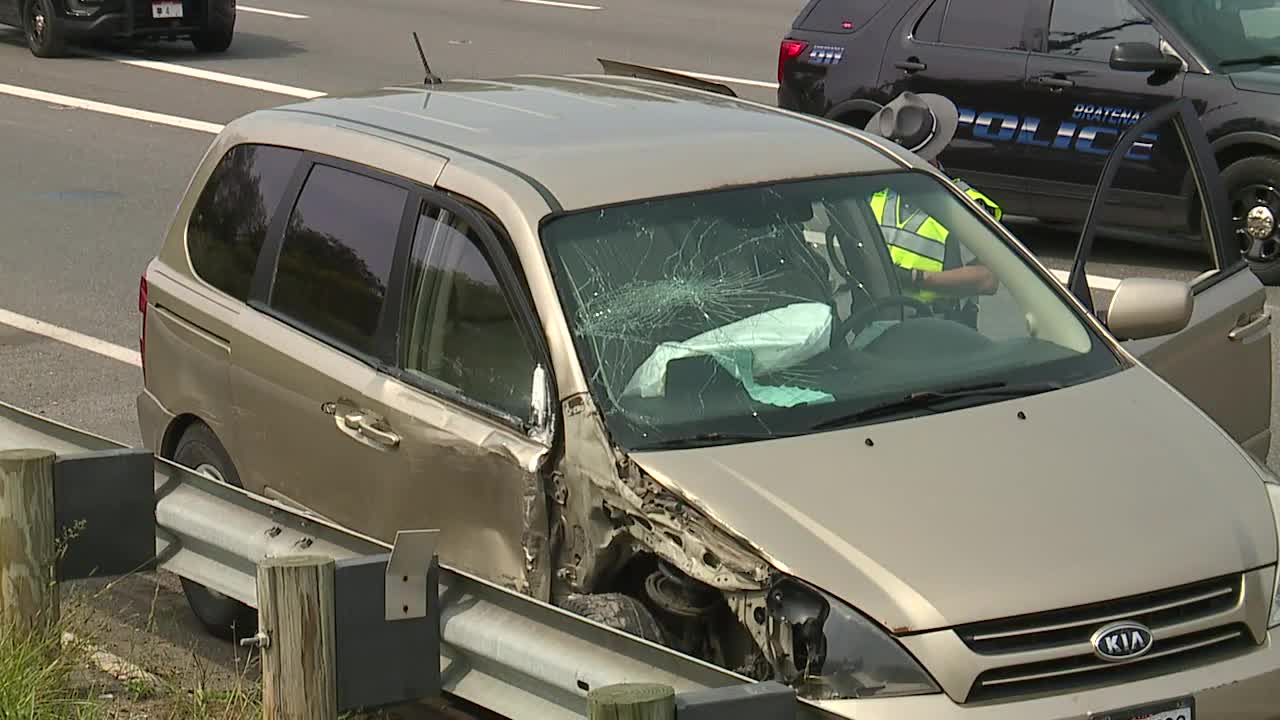 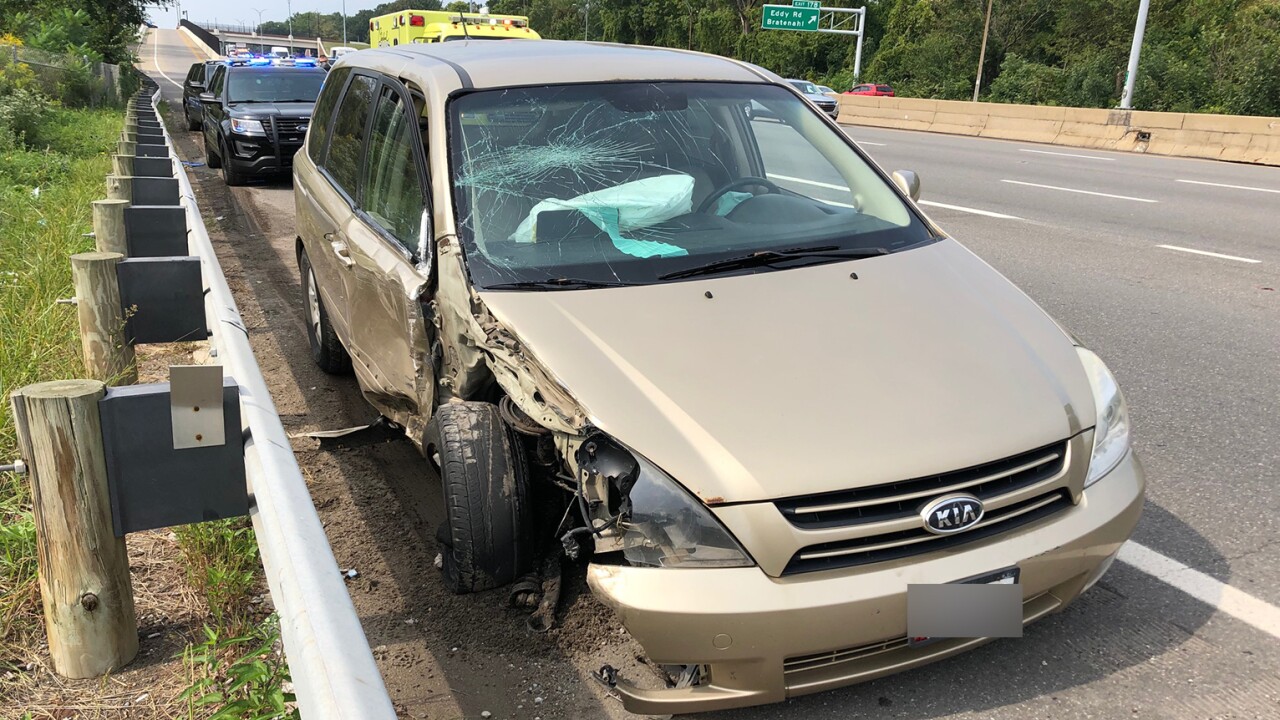 BRATENAHL, Ohio — A Bratenahl police officer was injured late Friday morning when an allegedly drug-impaired driver crashed into his cruiser.

The crash happened on I-90 near Eddy Road in Cuyahoga County.

According to the Ohio State Highway Patrol, the officer was parked along the side of the road and was conducting traffic enforcement near the Eddy Road ramp. The officer saw a 2007 Kia Sedona drifting out of its lane and jumped into his cruiser moments before the minivan slammed into it.

The Kia’s driver, Robert Ryan, 33, of Eastlake, sustained minor injuries in the crash. The Kia’s front seat passenger, who was not wearing a seatbelt, was also injured, OSHP stated.

Ryan, his passenger and the officer were transported by EMS to a nearby hospital for treatment of non-life-threatening injuries, OSHP stated.

Troopers said an investigation of the crash indicated that Ryan was found to “be impaired by dangerous drugs.”

Ryan was cited for operating a vehicle while impaired, driving with a suspended license and failing to remain in his lane, according to OSHP.