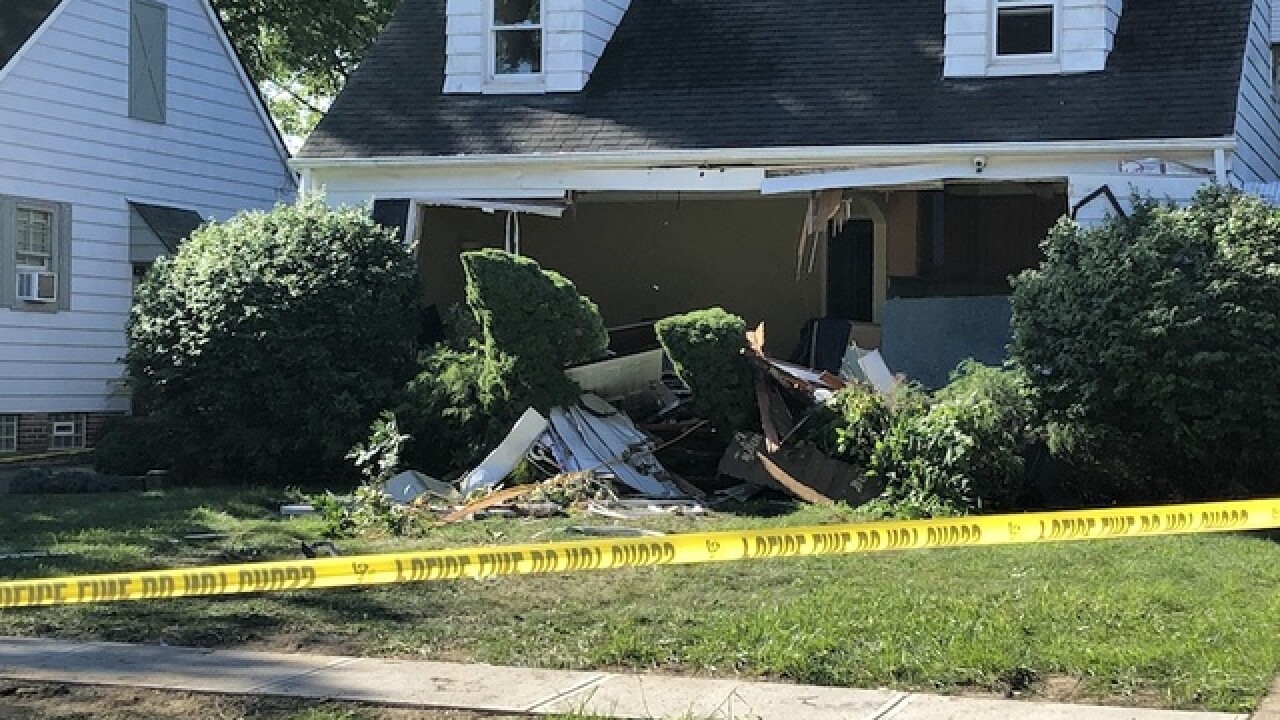 Copyright 2018 Scripps Media, Inc. All rights reserved. This material may not be published, broadcast, rewritten, or redistributed.
Anthony Garcia, WEWS
<p>Two people were found dead in a South Euclid, Ohio home early Saturday morning following a 12-hour standoff tied to the investigation of a Beachwood doctor who was found shot to death on Friday.</p>

The two men found dead in a South Euclid home early Saturday following a 12-hour SWAT standoff were identified as the sons of the Beachwood doctor who was shot to death at his home Thursday night, the Beachwood Chief of Police confirmed. Both men committed suicide, according to the medical examiner.

Mark Warn, 29, and Michael Warn, 31, both from South Euclid, were found dead in a home on Elmwood Road hours after SWAT converged on the home Friday evening to serve a warrant with homicide detectives. The Cuyahoga County Medical Examiner's Office said that both men committed suicide with gunshot wounds to the head.

The South Euclid home was owned by the father of the two men, Dr. Richard Warn, who was found shot to death inside his other home in Beachwood on Brentwood Road.

A public obituary notes that Dr. Warn had two sons, but did not list them by name.

SWAT officers made entry into the South Euclid residence using an armored vehicle and were met with gunfire. Authorities retreated and, over the next 12 hours, attempted to make contact with the people inside. On Saturday morning, a SWAT team entered the house and found the two men dead inside, police said.

The Ohio Bureau of Criminal Investigation is processing the scene for evidence.

Police said the sons were persons of interest in the doctor's death.