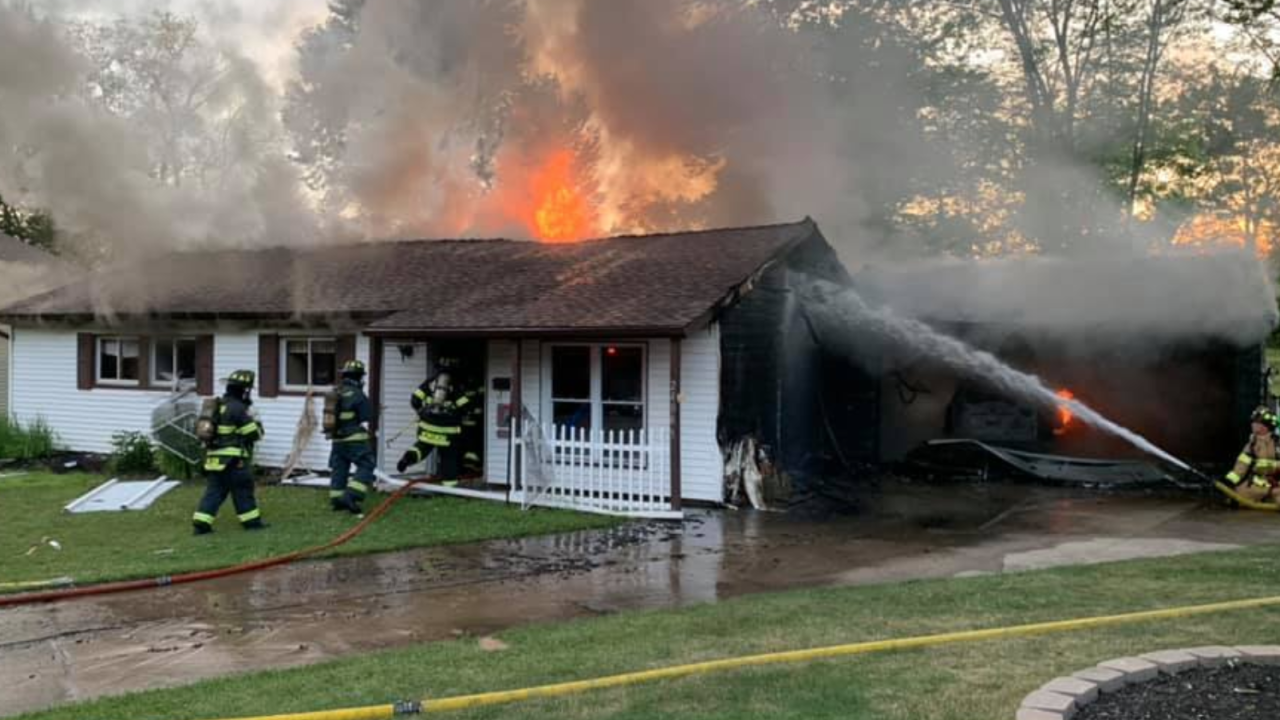 Fire crews responded to the home on Rugby Court Friday evening. Once on scene, firefighters found the home and attached garage engulfed in flames.

A man was home at the time of the fire but was alerted by neighbors and was able to evacuate, the fire department said.

The man was transported from the home to a nearby hospital for observation, according to Bedford Fire Department.