Cleveand Water says workers at a nearby pumping station noticed a drop in pressure around 2:30 a.m. Monday. Workers found water shooting four feet into the air where the 36-inch concrete water main had burst. Cleveland Water says the pipe was installed back in 1961. Workers aren't sure what caused it to break, although the utility says there have been several reports of leaks in the area in recent weeks.

In a news release, Cleveland Water stated that they depressurized a significant portion of the area in and around Strongsville and Middleburg Heights. Officials said because of the depressurization, there is a possibility organisms that cause illness may have entered the water supply.

Customers in the affected areas include south of Fowles Road, west of I-71 and north of Boston Road.

Customers in the affected area include those from Fowles Rd. south, west of I-71, north of Boston Rd., and east of Marks Rd. along the Cuyahoga-Lorain county line. pic.twitter.com/8rXo0pnC3m

According to Cleveland Water, residents should do the following:

The water main break may cause discolored water and/or potentially temporary increase in lead levels in the drinking water. 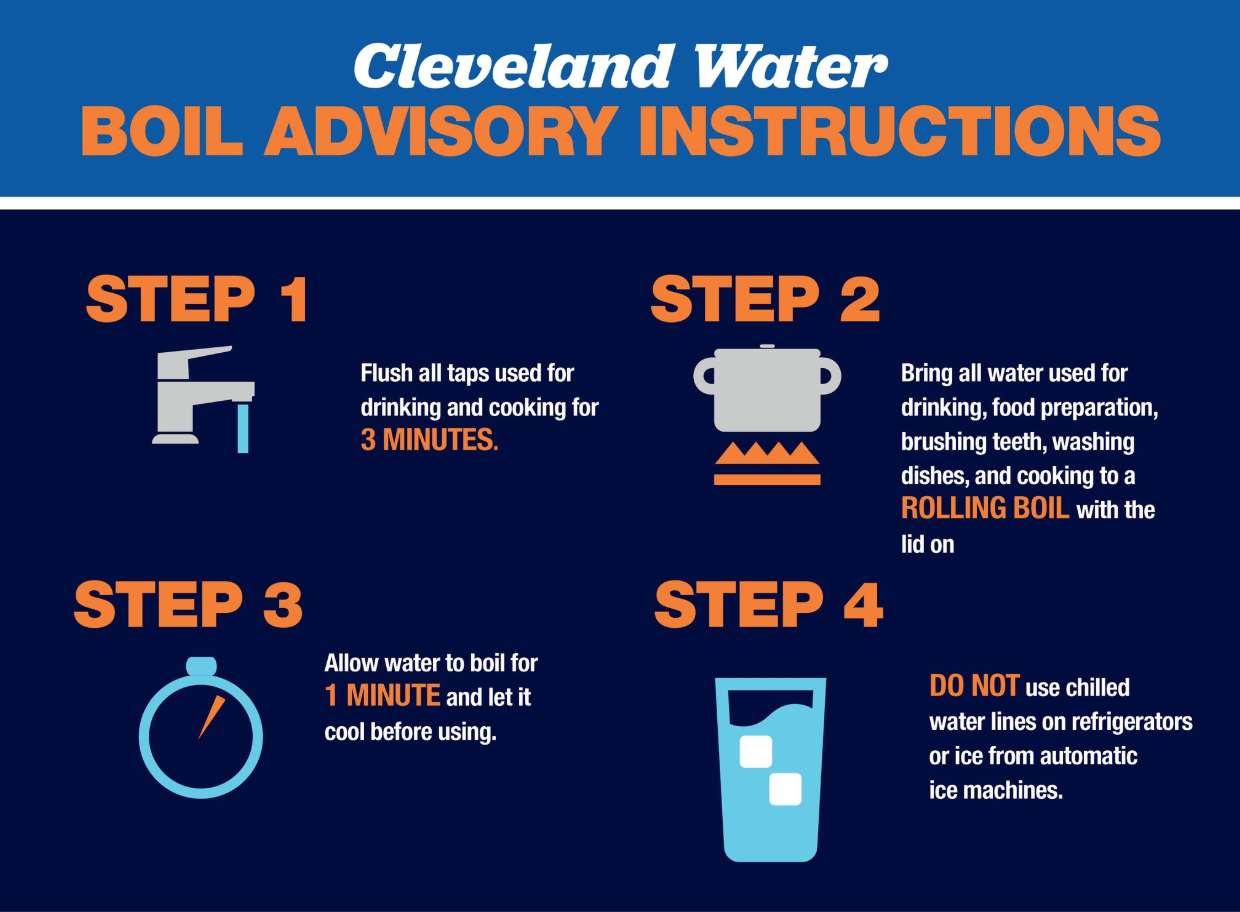 The boil advisory affects an estimated 2,000 homes and businesses. Monday afternoon, some of those businesses, including Starbucks in Strongsville chose to close. A nearby Chik-fil-a shut its dining room.

Just down the street, the manager of Gran Fiesta said workers were doing the best they could.

"It's definitely a pain to be boiling the water, but we have to do it," said Jose Ponce. The family-owned restaurant was serving bottled water, and cans of pop instead of fountain drinks.

"I don't know how much time we're going to be able to open today, but we're trying" said Ponce.

"We should get them back, the first round of these samples in about 24 hours," said Alex Margevicius, Commissioner of Cleveland Water. "So sometime tomorrow we should know if it comes back good and if we'll be able to lift the boil advisory."

Several schools are closed in the area because they have no water following the water main break. Find the full list here.

A spokesman for the district said all schools would be open Tuesday. Drinking fountains will be closed-off and food service will not use the tap water, according to the district, so students in affected buildings are asked to bring water to school.