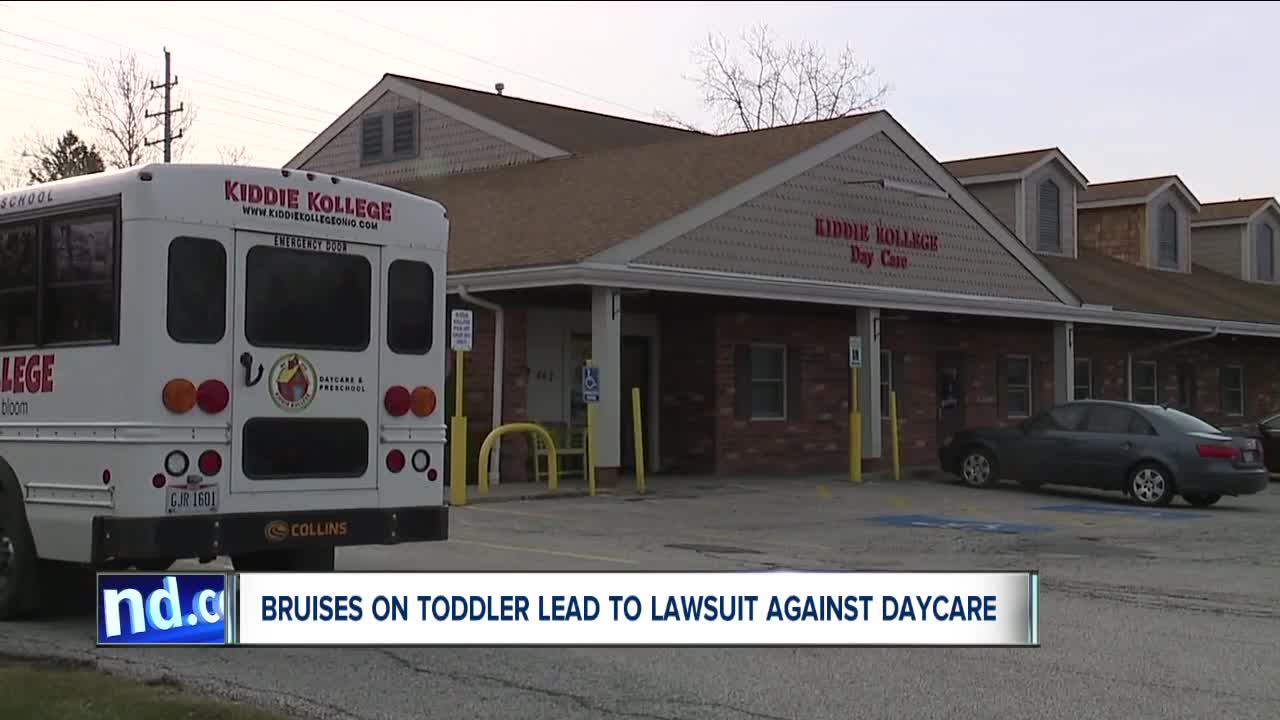 A Northeast Ohio couple is suing a Bay Village day care, claiming staff members held down their son and physically restrained him because he wouldn't take a nap. 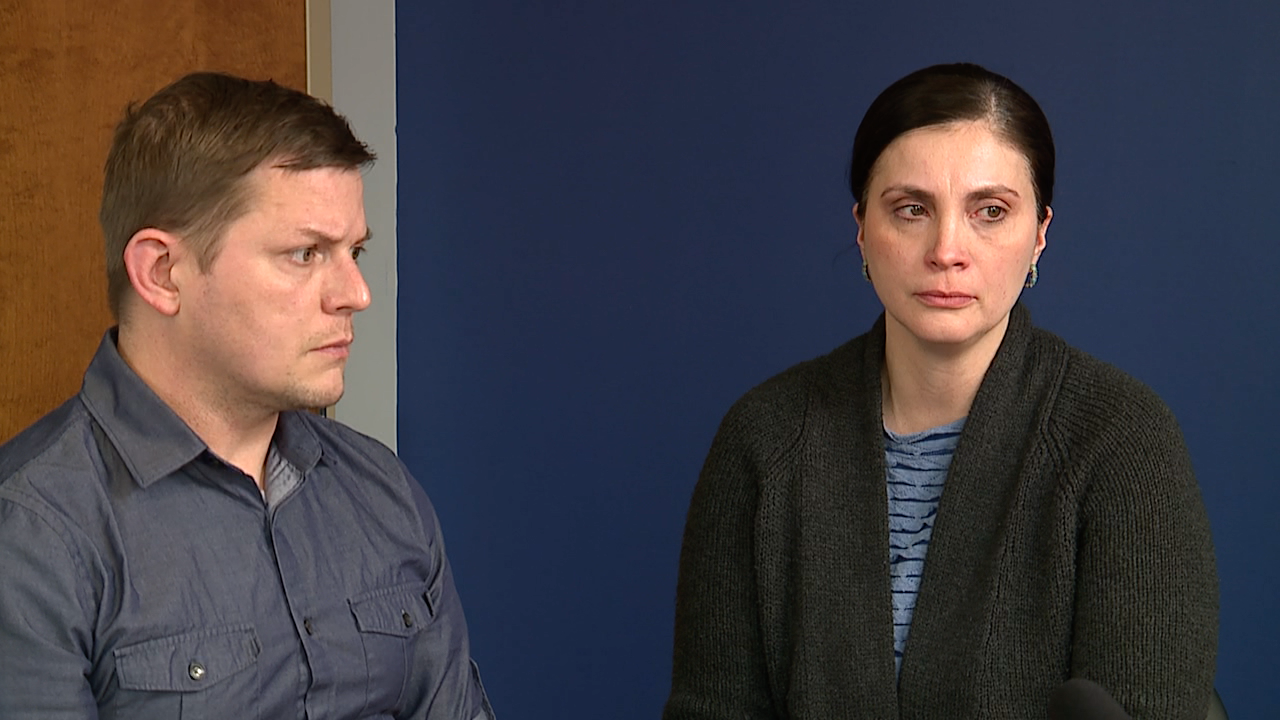 BAY VILLAGE, Ohio — A Northeast Ohio couple is suing a Bay Village day care, claiming staff members held down their son and physically restrained him because he wouldn't take a nap.

The lawsuit lists as defendants the day care itself, Bay Village Kiddie Kollege, as well as the owner of the day care, the administrator and three employees believed to be involved in the incident.

On January 17, 2019, Melissa Laubenthal was in her kitchen with her six-week-old son when her husband, Will Kesling, came home with their toddler son and told her they had to look at him right away.

When Kesling picked up his son, who was nearly 2.5 years old, at Bay Village Kiddie Kollege, the day care he'd attended since he was three months old, he said his son was sitting with a teacher, crying. He said that the teacher said there was a "sheet up front for him," which Kesling assumed was an incident report, typically given to a parent when "your kid bumps their head or gets a scratch," Kesling said.

When he went to put the child's coat on, he saw "giant bruises on his neck."

Another teacher up front, Kesling said, suggested that "maybe he did that himself, maybe he pinched himself" about his son's injuries.

"I was just dumbfounded," Kesling said.

Kesling and Laubenthal fed their son dinner as Laubenthal called the day care for an explanation.

"'What happened, can you give me any answers here?' I got the run-around," Laubenthal said. "They wouldn’t be straightforward with me."

The couple took photos of the child's injuries, then took him to the emergency room to be checked out. He later spent the night at the hospital.

"He had bruises on his face, on his neck, on his shoulders and on his back," Laubenthal said, recounting the incident nearly a year later and choking up.

"I was furious and then [the day care] tried to sweep it under the rug," Kesling said. "They tried to do an observation report as if he came to school this way and you sent him that way."

The lawsuit, and the day care's response

The lawsuit, filed by attorney Hannah Klang on behalf of the family, claims a police investigation found that staff used physical restraints and abuse because the child wouldn't take a nap.

An investigation by Bay Village police narrowed down the time frame in which the child's injuries occurred, but because a security camera system in the day care was not recording on January 17, police noted in a report that they were not able to determine which exact individual caused the injuries and that there was not sufficient evidence to file criminal charges against the three day care staff members involved.

The Ohio Department of Job and Family Services said that if events happened as the day care center described them, then the incident wouldn't rise to the level of needing to be reported to the state.

A January 29, 2019 inspection by ODJFS investigating the complaint about that incident was unable to determine whether a staff member caused bruising to the child but did substantiate a "derogatory comment."

The owner of Bay Village Kiddie Kollege, who is one of the defendants listed in the lawsuit, gave News 5 a statement by phone, saying, "The safety of our children is our number one concern, and it has been for 47 years. We have not yet received the complaint and will continue to respect the privacy of our children, families and employees. Unable to comment further at this point."

Kesling and Laubenthal said their son was traumatized after the incident.

"Regression in terms of his speech and bedtime and potty and all of the things that he was able to do well. It was really hard," Laubenthal said.

Laubenthal added that her son had seen a sleep specialist and play therapist but also experienced night terrors. He is now back in a day care setting, according to his parents, but they don't know what the long-term effects of this incident might be.

"I don’t know what he really remembers and that’s what’s so scary about this, so we don’t know what we’re dealing with," Laubenthal said. "But my hope is that he would be a happy, well-adjusted little guy."

That also makes it difficult to ask for damages in a case like this, according to attorney Hannah Klang.

"One of the toughest parts about a case like this is that you’re dealing with a child who has now had an adverse child experience," Klang said. "You don’t know how that’s going to materialize later on in life, so you don’t know what treatment he’s going to end up needing later on."

For now, these parents want someone to answer for what happened to their child.

"People pay good money and trust this place with the care of their little ones," Kesling said. "It makes you really angry."