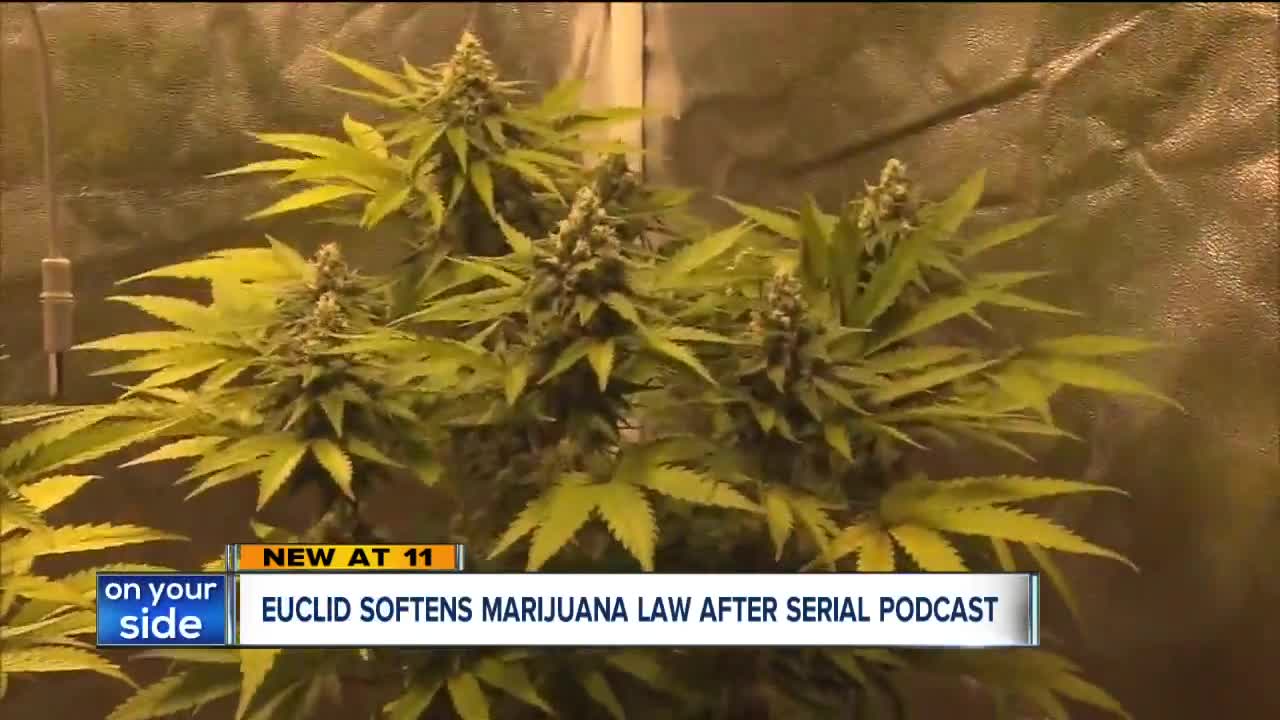 EUCLID, Ohio — The City of Euclid voted to reclassify its marijuana laws after an episode of Serial highlighted the fact that the city has some of the most stringent laws regarding marijuana possession in Cuyahoga County.

Out of the 59 municipalities in Cuyahoga County, most align with Ohio state law, which treats less than 100 grams of marijuana as a minor misdemeanor, expect for Broadview Heights and Euclid.

Starting on Jan. 2, the city is reclassifying marijuana possession from a first-degree misdemeanor, which carries the possibility of a $1,000 fine and six months in jail, to a minor misdemeanor with a small fine and no jail time —a charge that carries a maximum fine of $150.

The ordinance decriminalizes possession of 100 grams or less of marijuana, resulting in a small fine with no criminal record.