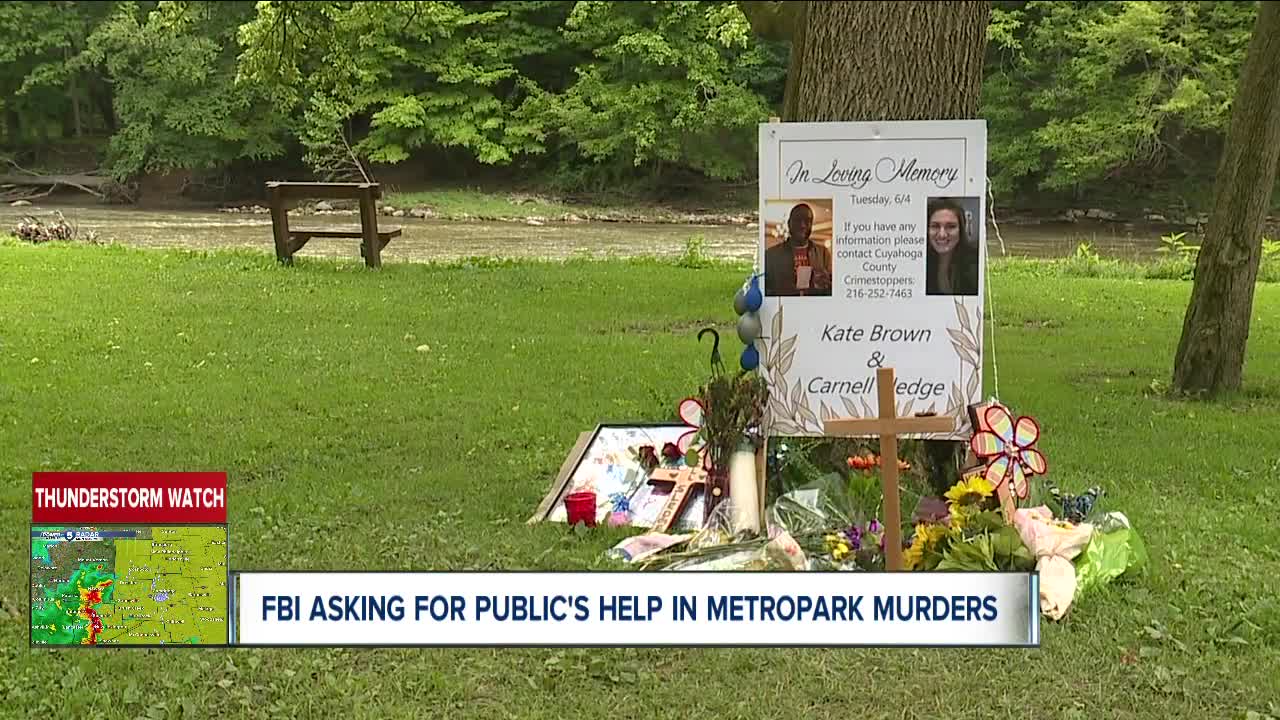 FBI officials have called a press conference to address the Rocky River Reservation double homicide that occurred earlier this month. 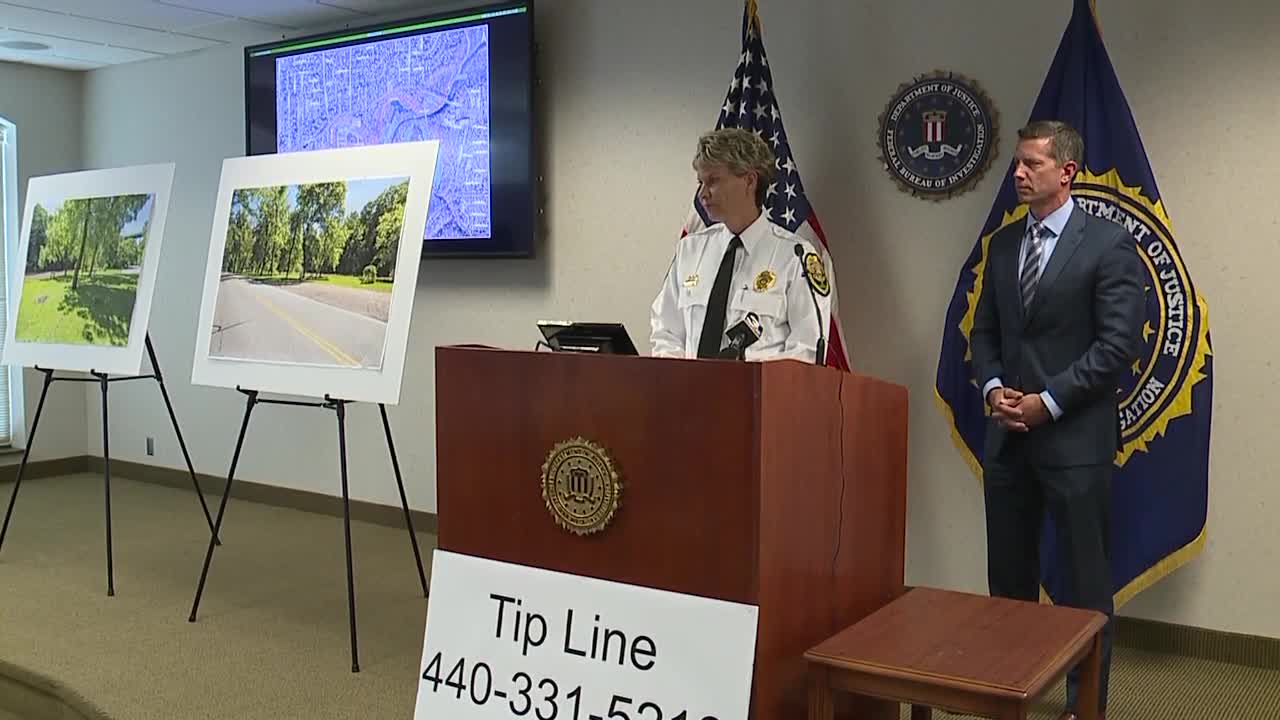 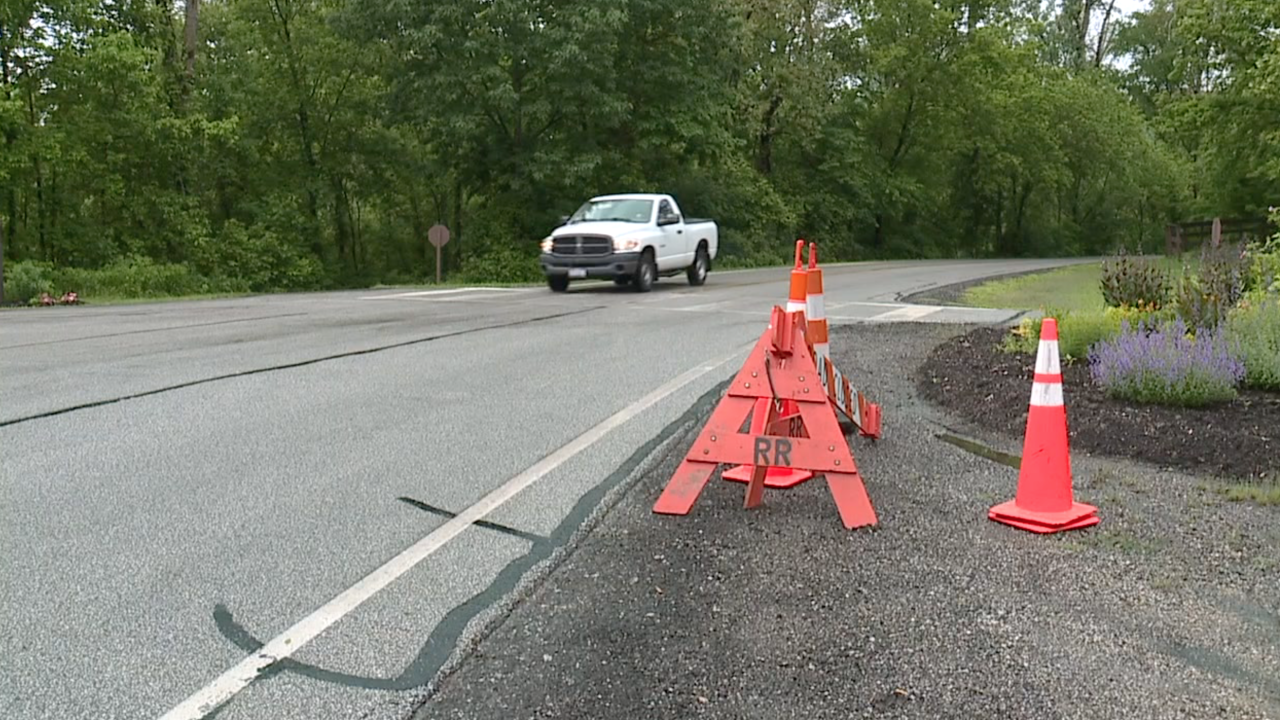 ROCKY RIVER, Ohio — FBI and Metroparks officials are asking once again for the public's assistance in the Rocky River Reservation double homicide that occurred earlier this month.

In a press conference on Monday afternoon, Metroparks Chief Ranger Katherine Dolan and FBI Special Agent in Charge Eric Smith followed up on the FBI's offer of a $20,000 reward for information with a public plea to anyone who knows anything about the June 4 killings of Carnell Sledge and Katherine Brown.

The final moments
On Monday, officials said the two had been had been friends for over 10 years. It was common for them fraternize together, and they were not believed to be romantically involved.

They arrived in separate vehicles at approximately 5:04 p.m. to the pull-off lot north of the Lorain Bridge. They exited their vehicles and sat on the park bench along the river. Within minutes of their arrival, they were shot in the head, sometime between 5:08 and 5:15 p.m. Two kayakers pulled into the Lorain Road lot within minutes at approximately 5:18 and observed the victims. They immediately called 911.

The area known as the pull-off lot is highly trafficked. Numerous joggers, walkers, kayakers and vehicles cut through the area. Tuesday June 4 was a pleasant evening. Law enforcement officials believe it's likely someone was nearby at the time of the murders.

Why is the FBI involved?
Smith said federal investigators are lending a hand as a result of "partnerships." "This is a violent crime in a public area," he said.

Dolan and Smith emphasized the brazen nature of their tragic killings.

"We have no reason to believe it was random, but we do not know if it was targeted," Smith said. "Someone did this in a very brazen way, a very specific way."

They declined to say if Sledge and Brown were robbed.

The reward
On June 12, the FBI offered a $20,000 reward for information that leads to the arrest and conviction of the suspect or suspects in the death of Sledge and Brown.

'An isolated incident'
“Cleveland Metroparks Police believe this to be an isolated incident and the overall safety of the parks is not in question,” officials said following the murders. On Monday Dolan reiterated how safe the parks are under the watch of 90 officers and said the last homicide at a Metropark was two decades ago.

Uneasy public
Still, many park-goers have been left feeling concerned.