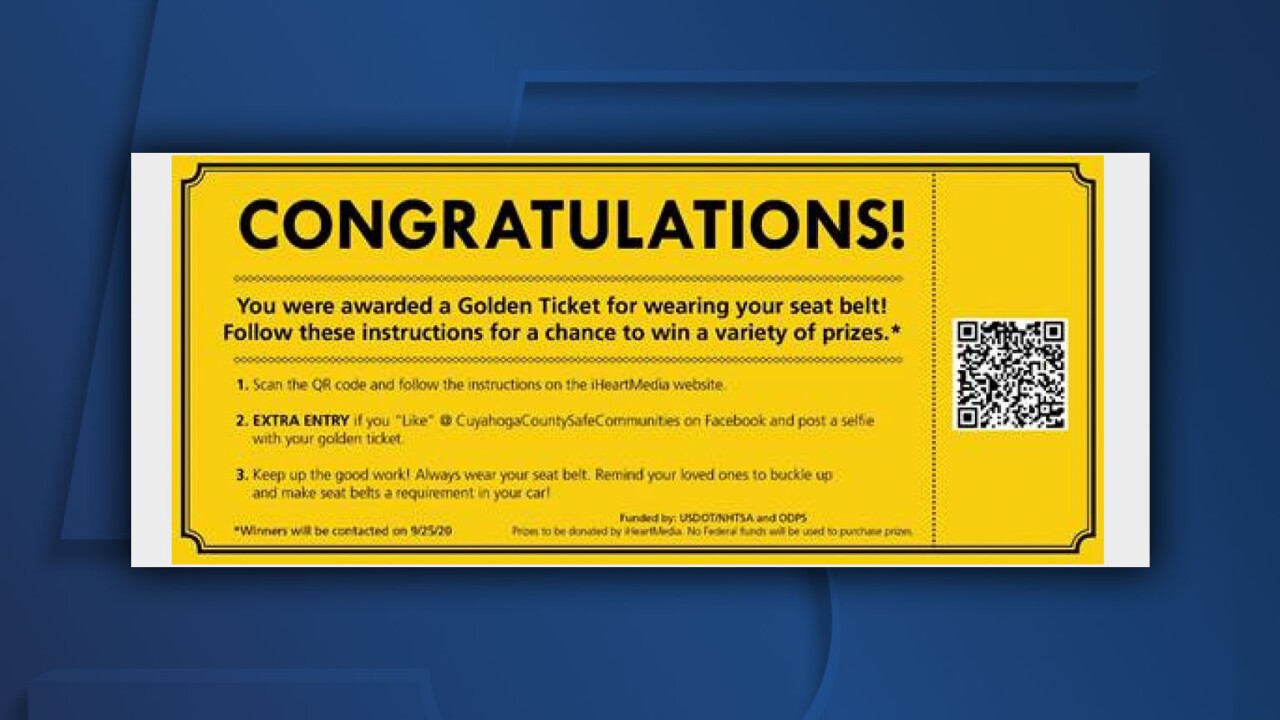 CUYAHOGA COUNTY, Ohio — If a Cuyahoga County officer, deputy or trooper is walking up to your car with a ticket, it might not be a bad thing.

Now through Sept. 21, fifteen law enforcement agencies will be handing out “Golden Tickets” to drivers “caught” wearing their seat belts.

The Golden Tickets include prizes such as $5 Dunkin' gift cards, free Dairy Queen Blizzard coupons and movie and music downloads.

Those who receive a Golden Ticket also have a chance to win $50 or $200 Visa gift cards.

A total of 1,000 drivers will receive a Golden Ticket throughout the week, troopers said.

OSHP said the purpose and message of the Golden Ticket campaign is to use positive reinforcement to get people to wear their seat belts.

Troopers said seat belts reduce the risk of injury or death in a crash by 50%. Although the national seat belt use rate in 2018 was 90.7%, Cuyahoga County is well below the national average at only 66.9% usage.