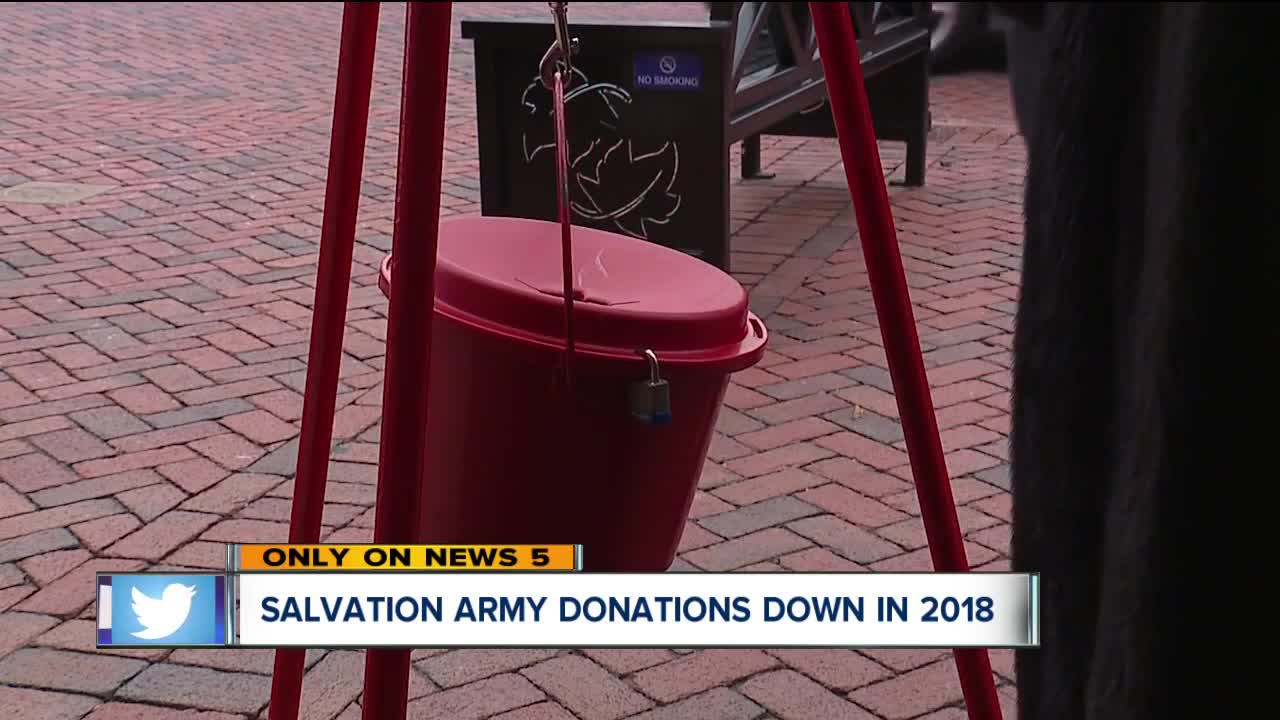 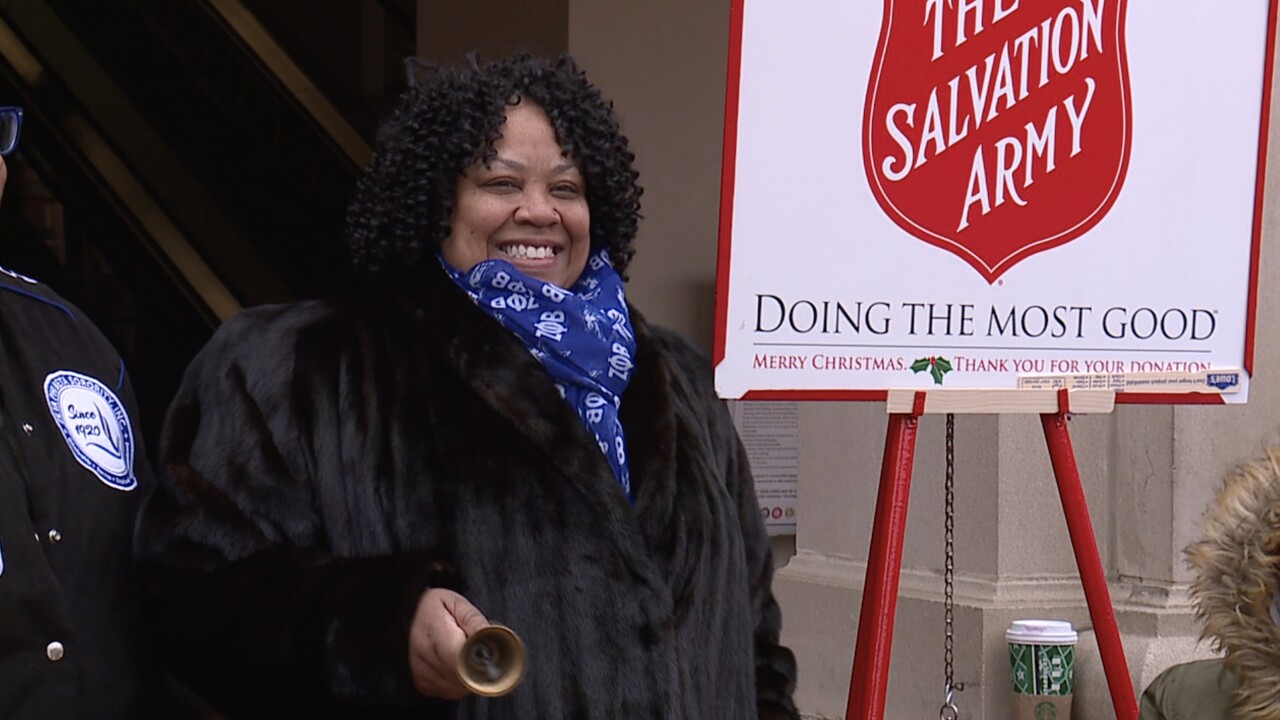 CLEVELAND — Salvation Army officials say people are as caring and generous as they've ever been, but the people who donate to the organization's famous Red Kettle campaign tend to carry less cash.

The goal for the Salvation Army in Cuyahoga County is to raise about $2 million during the holiday season, with $743,000 of that coming just from donations into Red Kettles. But with just about 50 hours left until the Red Kettles are put away until next year, officials say they are still roughly $300,000 short of their goal, and about $33,000 behind what they raised last season.

"There isn't any one particular reason our kettles would be down," said Major Thomas Applin. "Sometimes it runs in cycles."

Applin says most kettles are put out after Thanksgiving and accept donations through Christmas Eve. That doesn't leave much time to make up a roughly $300,000 difference between what's been raised and the organization's goal.

"Probably one of the biggest things today is that people don't carry cash," said Major Applin. "I don't carry cash so I understand the dilemma and if you don't have it in your pocket, you can't give it."

A 2018 study by Capital One shows younger generations are increasingly less likely to carry any cash. The Salvation Army has adjusted, with Text-to-Donate and online options while also accepting checks through the mail.

But Major Applin says those aren't always as effective as a bell and a smile.

"The challenge is that when you're right there with the kettle, that's a giving opportunity," said Major Applin. "You forget about it otherwise."

Major Applin says the pressure is on for the holiday season because that's when people are most likely to give to the Salvation Army. He says after the holidays, donations tend to focus on other organizations.

There are a number of options available for those looking to support the Salvation Army, according to the organization: