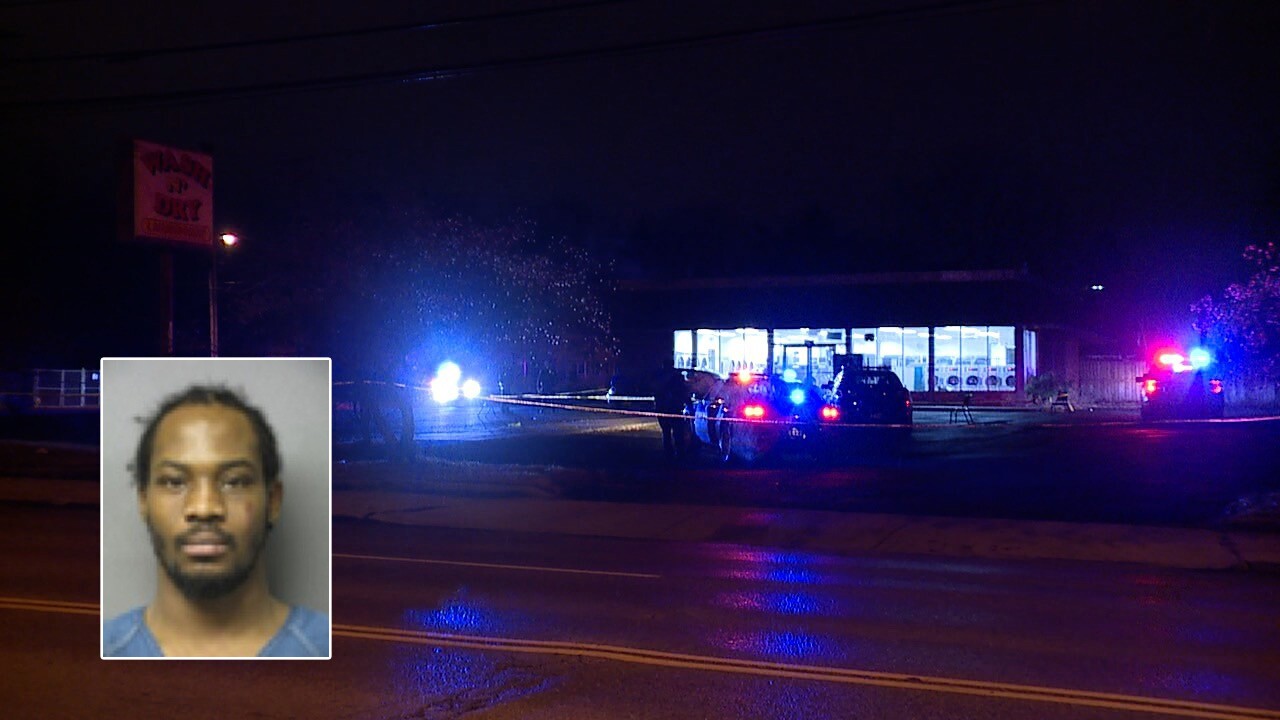 Inset: Carl Sanders has been arrested and charged with the murder of 73-year-old David Brown at the Wash-N-Dry Laundromat on Monday morning.

MAPLE HEIGHTS, Ohio — Police said a Vietnam veteran that was killed while working at a laundromat was attempting to stop a man from assaulting several women.

The 73-year-old man, identified as Dave Brown, of Maple Heights, was found shot to death when officers arrived at around 12:50 a.m. on Monday at the Wash N' Dry in Maple Heights.

Authorities said Carl Sanders, 31, was attempting to assault multiple women at the laundromat with a weapon.

Brown intervened, and an altercation ensued between him and Sanders, resulting in Brown getting shot twice and dying at the scene, according to police.

The others Sanders were assaulting were not injured, likely due to Brown's intervention, police said.

Sanders has been charged with aggravated murder and having a weapon under disability.

He is currently in the Cuyahoga County Jail.