Bay Village Priest says someone called police about a homeless person, but it was a statue of Jesus 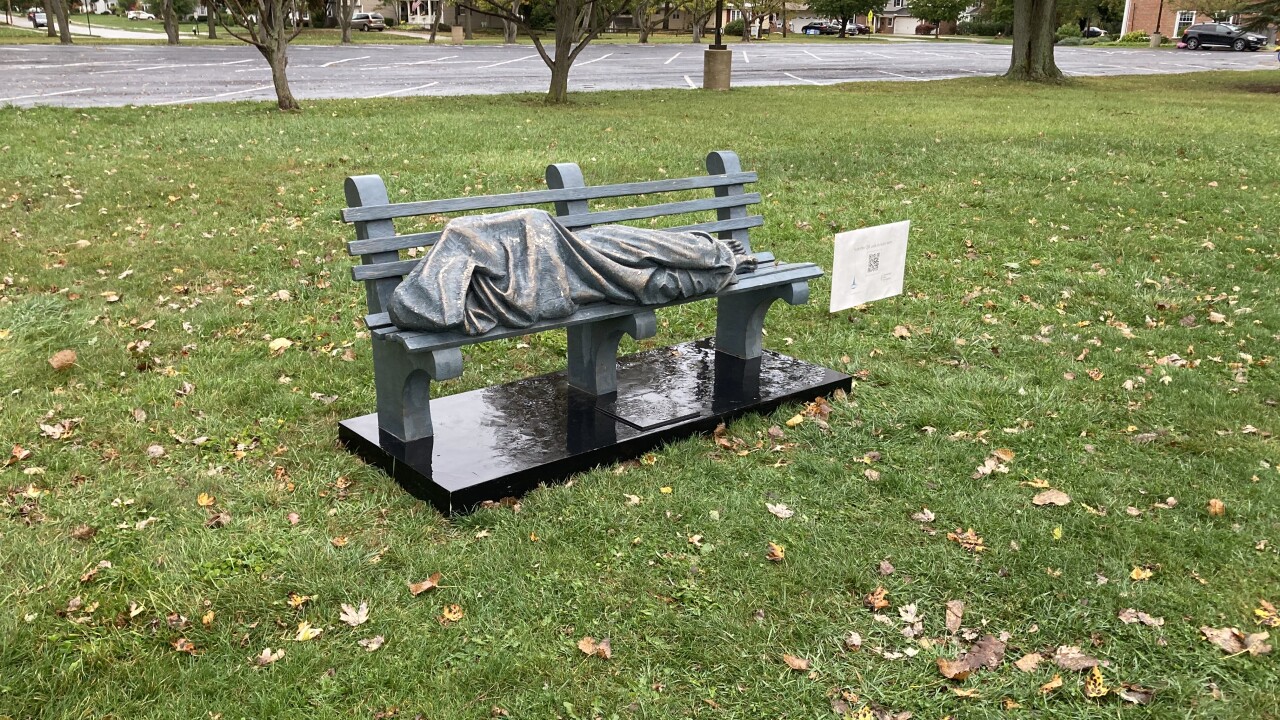 BAY VILLAGE, Ohio — A priest in Bay Village says someone called police to report a homeless person. Turns out, it was actually a statue of Jesus.

The sculpture was created by Timothy Schmalz and depicts a man wrapped in a blanket and lying on a bench.

Within 20 minutes of the sculpture being installed at St. Barnabas Episcopal Church, police were called, according to Alex Martin, the pastor at St. Barnabas. He tweeted that he spoke with an officer because someone reported a homeless person sleeping on a park bench.

According to the church's website, because Bay Village isn't impacted much by poverty, the statue is meant to remind residents how serious homelessness is in the world.

The temporary installment will be on display until Dec. 1.

The Bay Village Police Department issued the following statement regarding the incident.

The Bay Village Police Department received a call regarding a possible homeless person, laying under a tarp, on a bench by St. Barnabas church.

Had there been a person laying on a bench, our officers are trained first responders and would be able to assess the situation and take the appropriate action. Our officers are able to render first aid in a medical emergency or assist with securing emergency shelter.

Many of our officers are certified in Crisis Intervention Training (CIT), which “creates connections between law enforcement, mental health providers, hospital emergency services and individuals with mental illness and their families.”

We are pleased with the positive interaction our responding officer had with Fr. Alex Martin, the pastor at St. Barnabas. The City of Bay Village hopes that this will bring attention to homelessness and encourage our community members to help those in need.

The church is raising money to try and help the homeless.

Pastor Martin shared a link on Twitter to donate here.

Martin said that he is hopeful the person who called the police did so hoping they would be able to provide resources to the person the caller believed to be on the bench—resonating with the statues core values of justice, love and standing with the outcast and marginalized.

"I would very much want to give the caller the benefit of the doubt and assume that they were calling out of a place of love and compassion and concern for a fellow human being,” Martin said.

RELATED: Bay Village priest hopes whoever called about 'homeless Jesus' statue did so from a place of love