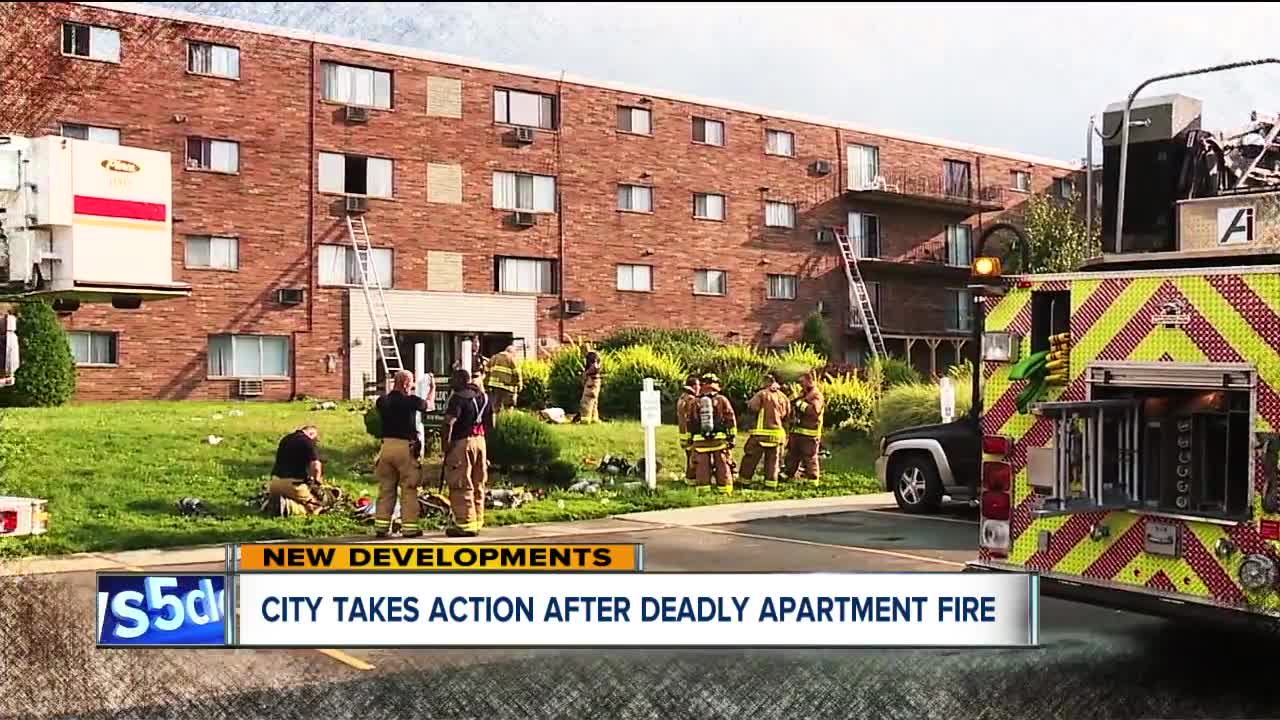 The city of Richmond Heights has pulled the evacuation order that was placed Thursday at an apartment building that was damaged by fire last week after management had finally started making repairs. 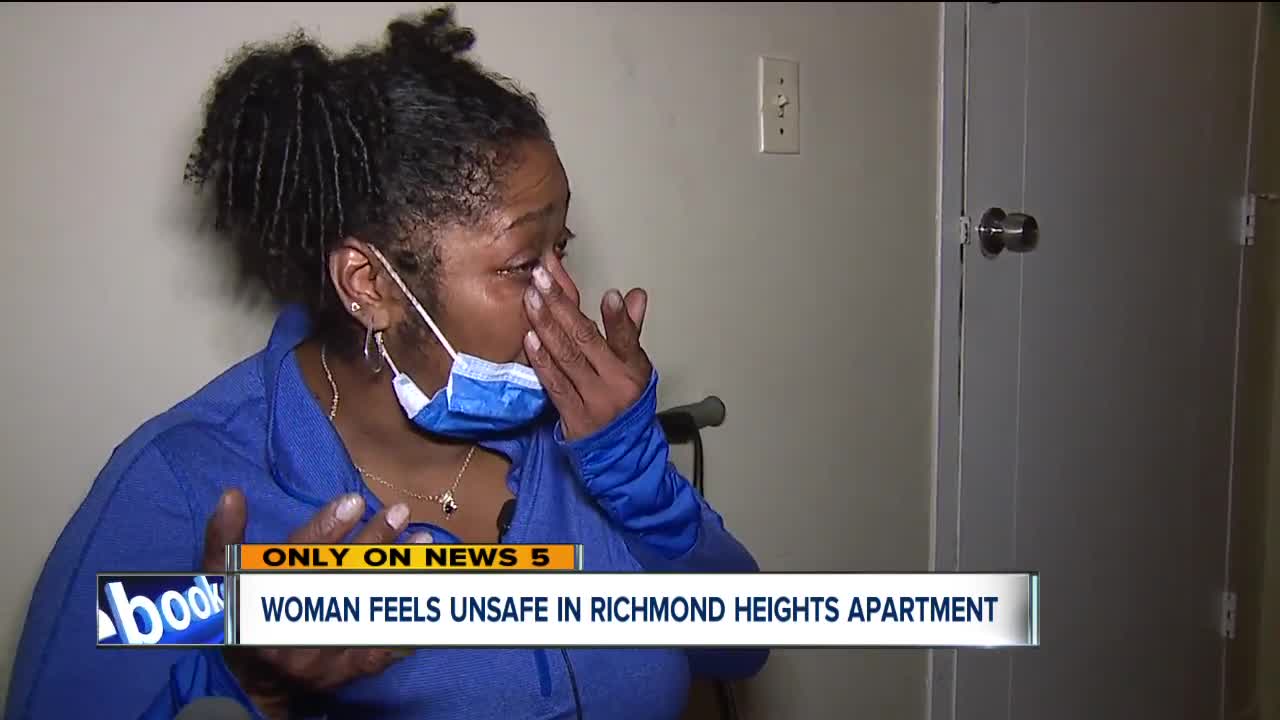 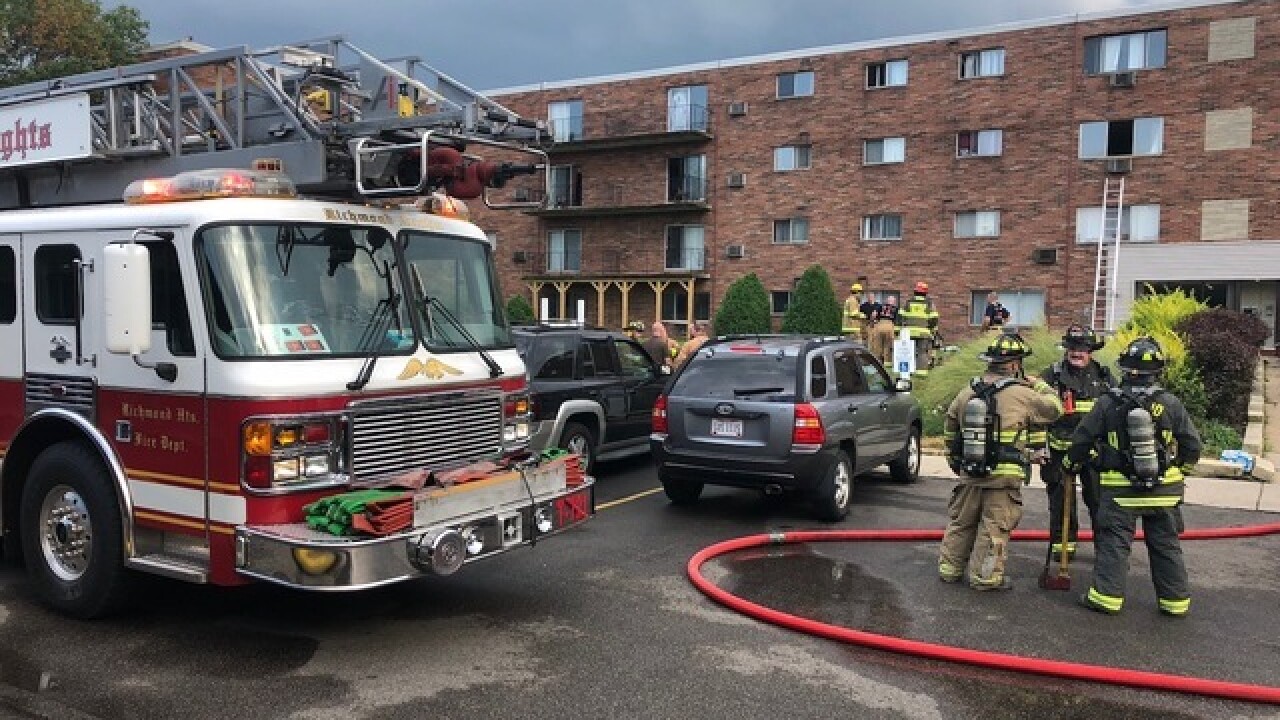 The city of Richmond Heights has pulled the evacuation order that was placed Thursday at an apartment building that was damaged by fire last week after management had finally started making repairs.

The evacuation order was originally placed on the Loganberry Ridge Apartments building after building inspectors noted repairs to the building's safety and emergency systems had not been completed. Crews were called to the Loganberry Ridge Apartments around 4:10 p.m. on Sept. 21 for a fire at the complex. When firefighters arrived, they found people dangling out of apartment windows and off of balconies.

RELATED:  Five injured and one dead after two-alarm fire breaks out at Richmond Heights apartment building

Six people were transported to a nearby hospital. One person later died, according to authorities.

Thursday, the city sent the management company of the apartment building a letter to evacuate the entire building, citing safety concerns. Specifically, the building's only elevator has been out of commission since the blaze, as well as emergency doors, exit signs and emergency lighting. In addition, the document goes on to state that the primary reason for the order is an "insufficient fire watch being performed at this time."

However, less than 24 hours after issuing the evacuation order, the building department lifted the order after it appeared the management company started making repairs. Contractors could be seen going in and out of the affected building with new lighting and safety equipment. The entire third floor of the building remains off-limits because it was heavily damaged by the fire.

Tenants and their families described the past week as very frustrating and difficult.

"Unfortunately, I have my grandmother’s ashes that my aunt was keeping. The box is damaged," said Carissa Parker. "Now we have to find something else to put her in.”

The chief building inspector told News 5 that the evacuation order is a code enforcement tool that the department can use to achieve compliance. He also stated that city officials will be conducting regular checks of the building to make sure repairs are progressing.

Loganberry Ridge Apartments takes its responsibilities as a landlord very seriously and has been working diligently to address the issues that have developed because of the recent fires at the Loganberry apartment community. We would like to express our condolences for all who have been impacted by these fires. Our thoughts and prayers are with the families that have been impacted by these recent events.

We have been working diligently with our own maintenance staff, outside contractors and our insurance carrier to minimize the disruption caused by the July fire and complete the restoration process. It has been a difficult process and appreciate the patience of our residents in working through this process and our attempts to minimize the duration of any displacements of our residents caused by the fires.

It is our understanding that the causes of both fires are under investigation, but they were not a result of anything that was done by or on behalf of The Loganberry Ridge Apartments.

Out of respect for all involved, we do not wish to make any further statements regarding this matter until after the authorities have completed their investigation of these fires.

According to Richmond Heights Fire Chief Marc Neumann, the apartment complex has 72 units, but only 60 were occupied. Of those 60, eight of the units were damaged by the fire, leaving eight families displaced.

The letter states that due to the unsafe conditions, the building is ordered to be vacated by noon on Friday.

The fire is still under investigation.