Shaker Heights students give back on MLK Day 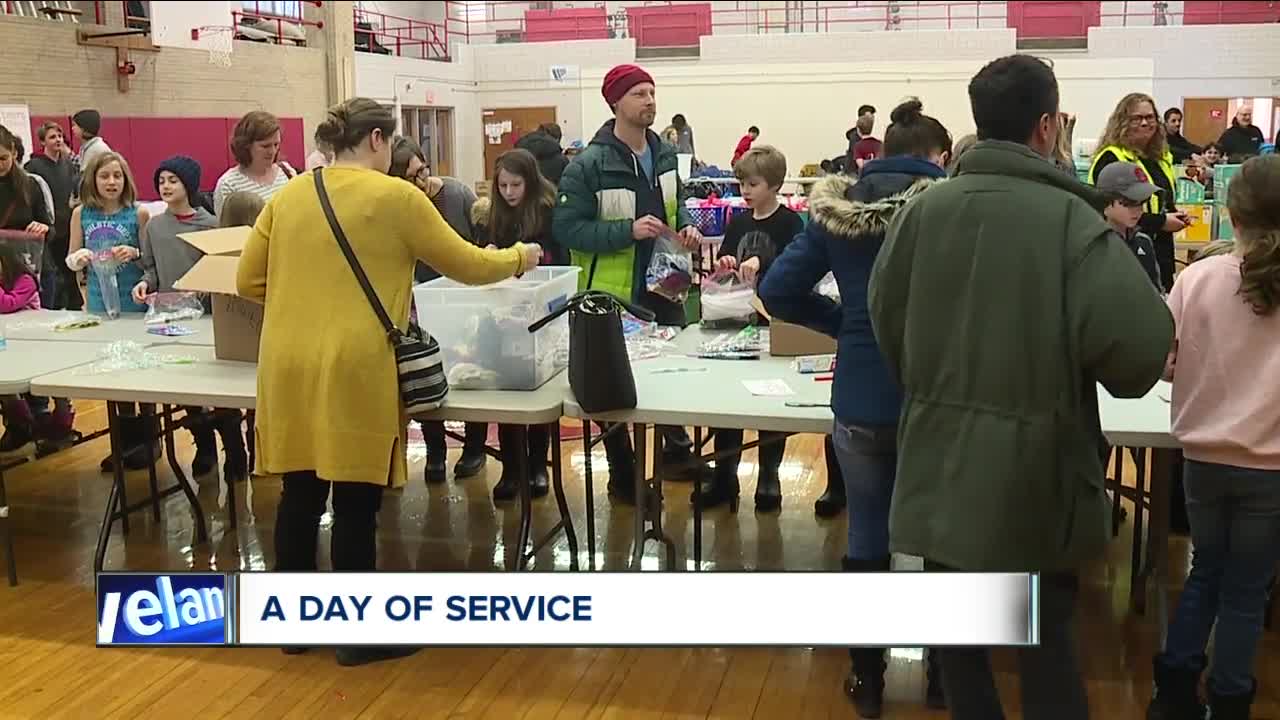 SHAKER HEIGHTS, Ohio — For some, Monday was simply a day spent out of the office.

For Shaker Heights students, it was a day spent remembering the legacy of Martin Luther King Jr.

“We come together today to celebrate a man who proved that if you’re willing to stand for what you believe in, you can change the world,” Monica Boone said.

Since 2017, Shaker Heights families have celebrated MLK’s legacy by packaging gift bags for people spending some of the coldest nights of the year on the streets of Cleveland.

“I hope that most of the people who are poor get to have a better life,” Wesley Hayes said.

Wesley is a second grade student and spent the nationally recognized holiday stuffing gift bags for homeless Clevelanders with his parents, siblings and classmates.

“It’s inspiring to see families coming together to fulfill their civic duty and to pass that onto the next generation,” Boone said. “That’s what this day reminds us that we should be doing 24/7.”

Toothbrushes, socks and blankets were bundled with words of encouragement.

“It’s something that they really need,” Grady Hayes said. “We want them to have some fresh breath and warm feet.”

Avery Hayes is a fifth grade student and said volunteering and stuffing the care packages makes her appreciate all she has at home.

“They’re for the people who don’t have enough money to buy that stuff that we’re putting into the care packages,” Avery said.

Parents and teachers continue the tradition each year in hopes of driving home Martin Luther King Jr.’s message of service for generations to come.

“There are people out there that are less fortunate,” Grady Hayes said. “I mean we have so much stuff that we take for granted.”

Edna Duffy said she encouraged students to spend the day serving their communities.

“Because that’s what Martin Luther King was all about,” Duffy said, “Community and everybody getting up and doing something, whatever your gift is.”