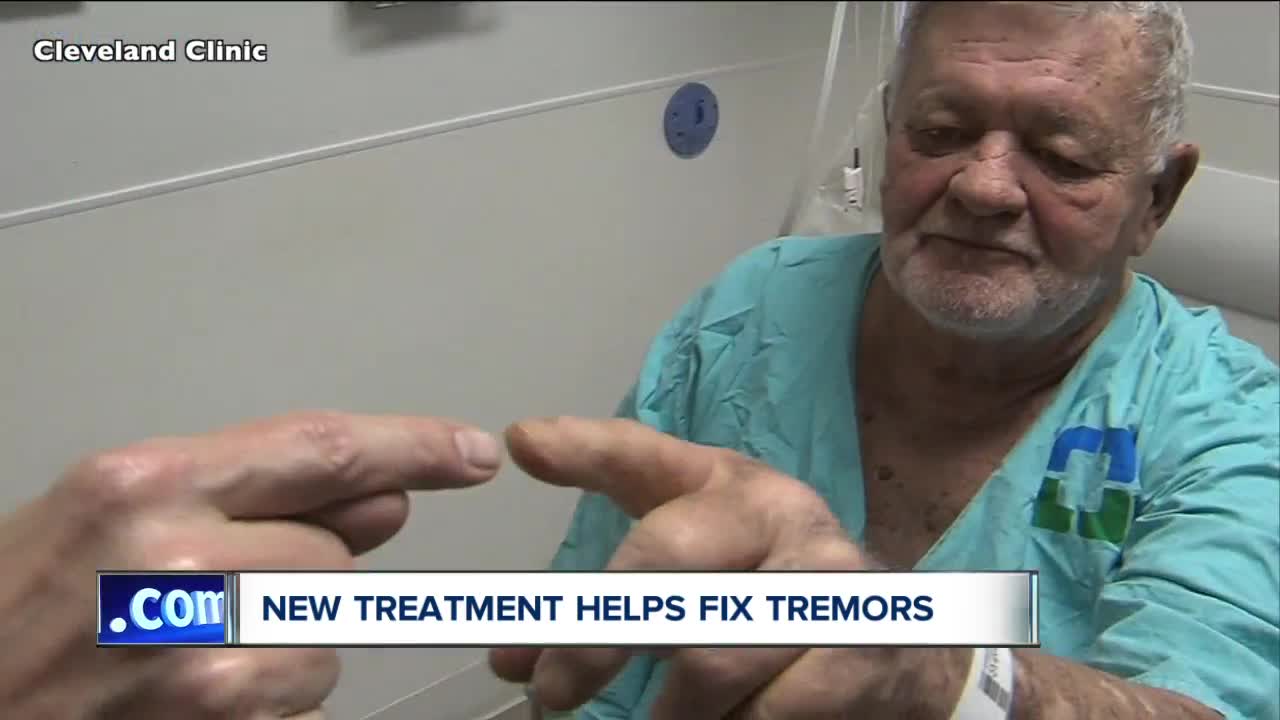 A Strongsville grandfather became one of the first in the country to receive a new FDA-approved treatment for his essential tremor. 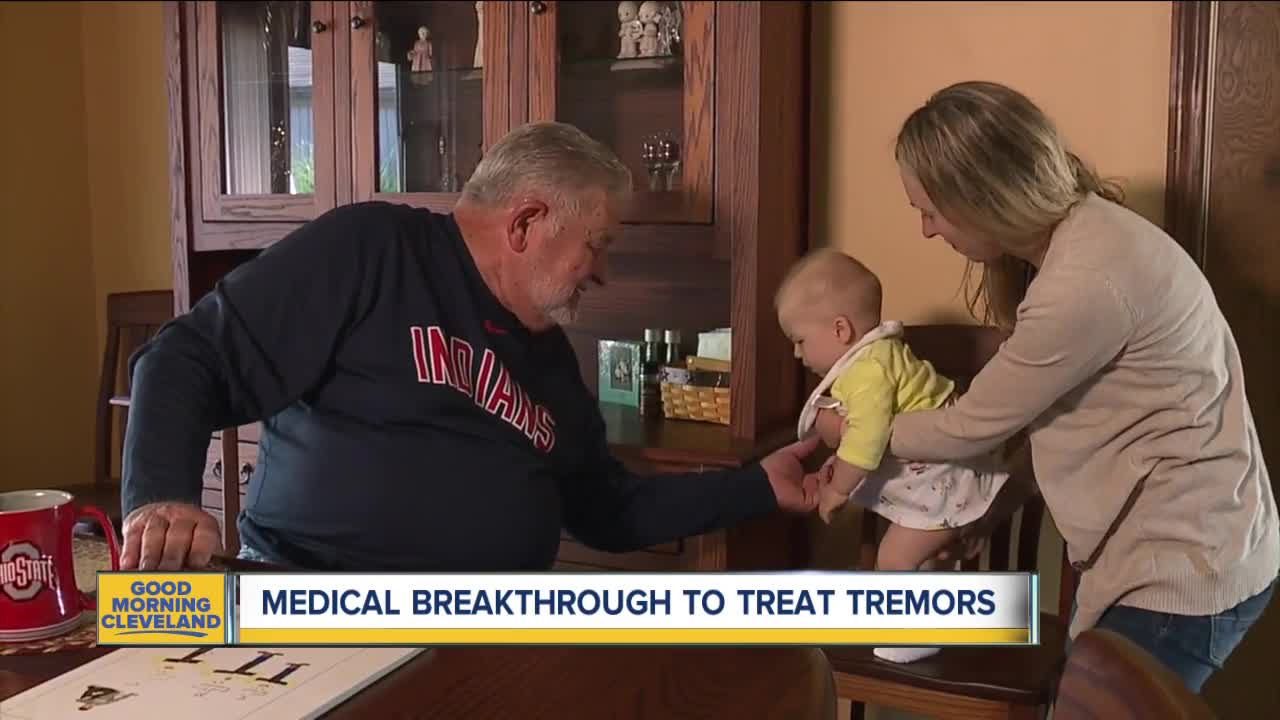 STRONGSVILLE, Ohio — Most of us enjoy a warm cup of coffee, but for Bill Purcell from Strongsville, these days, his morning cup of joe is a bit sweeter.

“The greatest thing in the world, right after I had it done, was to hold a cup of coffee in my left hand and drinking without shaking, without spilling,” said Purcell.

For about five years, Purcell dealt with essential tremor in his left hand. The little things were tough.

“It got to the point, I couldn’t write anymore," Purcell said. "I couldn’t even print.”

Essential tremor is one of the most common movement disorders. It causes involuntary shakes, normally in the hands.

The options, in the past, have been medication and the more invasive deep brain stimulation.

“After a while the medication wasn’t doing it. It was just getting worse,” said Purcell.

Purcell knew he needed to make a change, after his youngest grandchild, Olivia, was born. He couldn’t hold her in his arms.

“I’d either drop her or something, so I didn’t do it,” he said. “You start to feel hopeless.”

But Dr. Sean Nagel, a neurosurgeon for the Cleveland Clinic, renewed that hope.

He would be one of the first in the country to receive it.

“Focused ultrasound works by combining two therapies or two methods, one is the MRI and the other is the ultrasound,” said Dr. Nagel. “They’ve coupled these two therapies to enable us to treat patients with a focal lesion in the brain to control the tremor.”

It can also work for people with Parkinson’s disease.

The procedure is non-invasive. The ultrasound waves target the affected brain cells.

“During the treatment itself, we are able to test their tremor and see how they’re responding by incrementally increasing the temperature in the brain,” said Dr. Nagel.

“I mean you come out of there, your hand is good,” said Purcell.

And just days after the procedure, he was able to hold his youngest grandchild.

“It was the greatest feeling, let me tell you,” he said.

The treatment is only approved for one side of the brain.

Purcell said he doesn’t have any side effects besides an occasional dull headache.