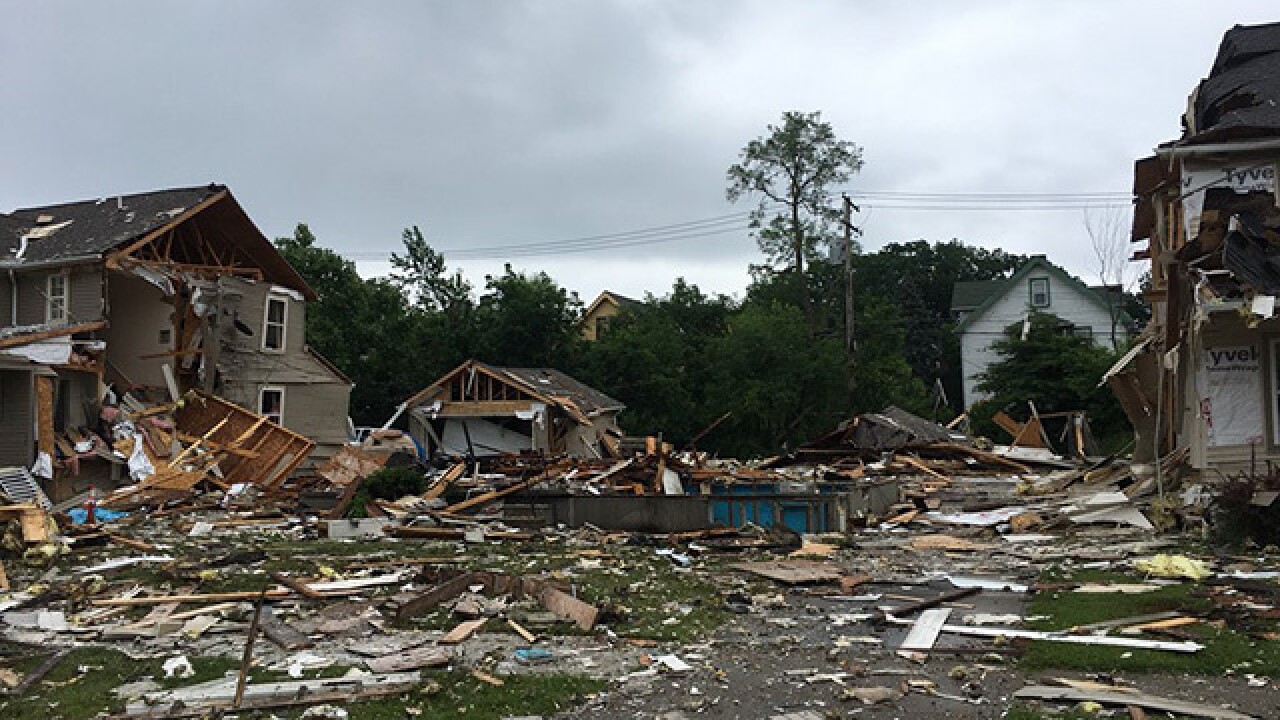 Authorities have identified the woman who died in a house explosion on E. 125th Street in East Cleveland a week ago.

Tracey Christine Brooks, 27, was pronounced dead at the scene last Sunday, according to the Cuyahoga County Medical Examiner's Office.

"You could see her waving and all the neighbors started screaming and waving, 'Somebody help her, somebody help her!'" said witness Nena Maria Fitzgerald about Brooks after the explosion.

Fitzgerald said police started to help Brooks, then put a sheet over her.

"I think they only found like half of her body at the time," Fitzgerald said.

RELATED: One person dead after house explosion in East Cleveland

East Cleveland officials later revealed the explosion was caused by scrappers who caused a natural gas leak during several trips back and forth to a scrap yard. The woman who died was part of the crew of scrappers, officials said. A second member, Craig Kelly, 51, is still in critical condition at MetroHealth Medical Center's burn unit.

Police took the driver of the crew into custody but released him. He isn't currently facing any charges, but future charges may be forthcoming from the prosecutor's office. The fourth crew member is still in custody and could likely be charged soon, according to police.

Three of the four scrappers involved were barred from selling scrap metal at scrapyards in Ohio, according to officials from the Ohio Department of Homeland Security. As part of recently-enacted state laws, Kelly, Christopher Glenn and Joseph Vernon are all on a ‘do not buy’ list because of past theft-related convictions.

Residents on E. 125th Street said the neighborhood has been riddled with crime for years. One resident said at least 25 homes are abandoned and people continually steal from one another.

Just a few days after the house explosion, five other homes caught fire down the street. The cause is still unknown, but firefighters had a tough time battling the blaze at the time due to a lack of water.