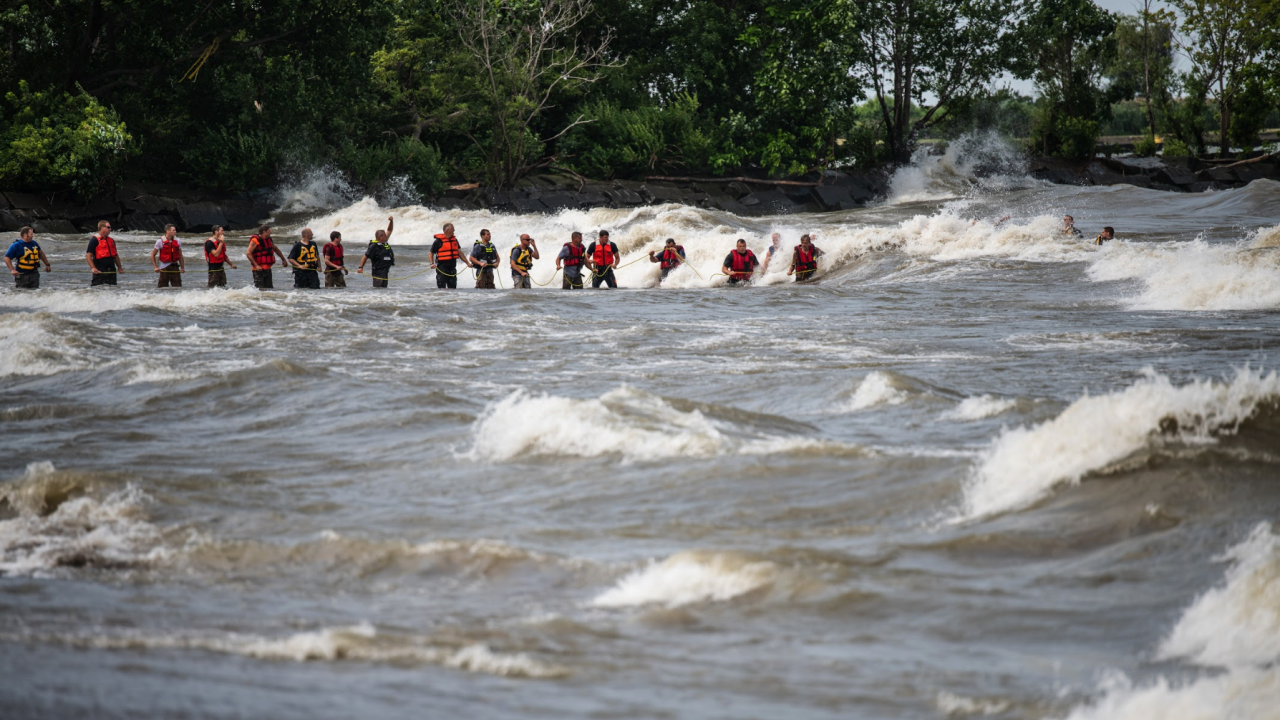 HURON, Ohio — The body of an 18-year-old swimmer who drowned trying to save children at Nickel Plate Beach on Sunday was recovered in Lake Erie Tuesday morning.

At around 7:20 a.m., the U.S. Coast Guard received a call from a fisherman regarding a body in the water near the mouth of the Huron River.

Huron fire was notified and crews recovered the body approximately 50 yards north of the East Pier in Lake Erie. The body was tentatively identified as 18-year-old Alvin Martin who went missing from Nickel Plate Beach on Sunday. His family was notified by authorities after the discovery.

"Huron PD extends our sympathy to Alvin’s family and friends and are keeping all affected by this tragedy in our thoughts," authorities said in a statement.

Martin was on a raft with others when he attempted to save other swimmers struggling in the water.

A total of 71 first responders assisted in the search for Martin over a span of three hours. After crews performed numerous grid search sweeps with water vessels and numerous shore-based first responder chains, water-based efforts were suspended due to poor weather conditions.

Wind and choppy conditions made it difficult to resume the search on the water Monday. Search crews were confined to beach searches.

Marvin's body was taken to Foster Funeral home, according to authorities.