Lake County has third earthquake in less than a week 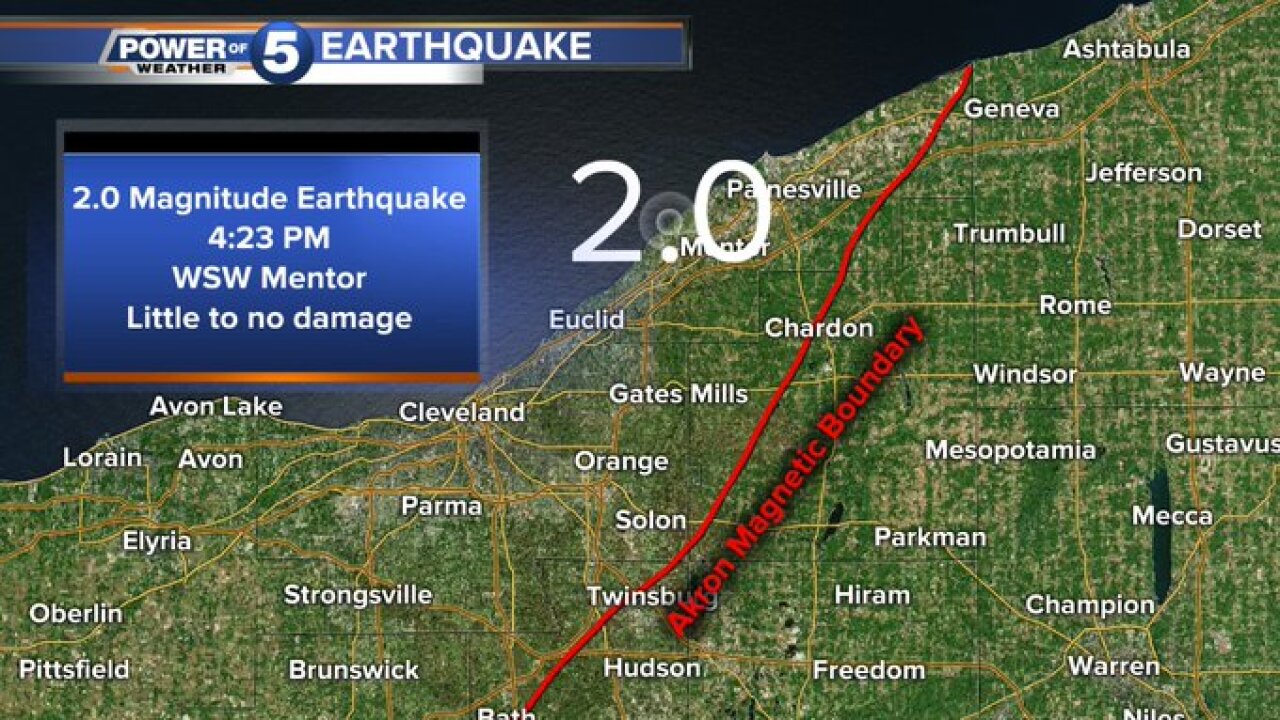 MENTOR-ON-THE-LAKE, Ohio — Another earthquake happened in Lake County on Wednesday. This was the third one in less than a week.

A small 2.0 magnitude earthquake happened offshore in Lake Erie near Mentor-on-the-lake around 4:30 p.m., according to the United States Geological Survey.

Another earthquake struck on Tuesday. A small 1.7 magnitude earthquake happened offshore in Lake Erie near Willowick around 12:30 p.m., according to the United States Geological Survey.

RELATED: Lake County hit with second earthquake in less than a week

On Saturday, a 2.6 magnitude earthquake happened offshore in Lake Erie, but was felt by residents in Eastlake and Willoughby.

Residents most likely didn't feel this earthquake because of how small it was.

"Seismic activity of 2.5 and above can generally be felt," ODNR Public Information Officer David Roorbach previously told News 5. "This is a known epicenter of natural earthquakes, due to the geologic history of the area. Seismologists from the Ohio Department of Natural Resources continue to monitor the seismic activity."