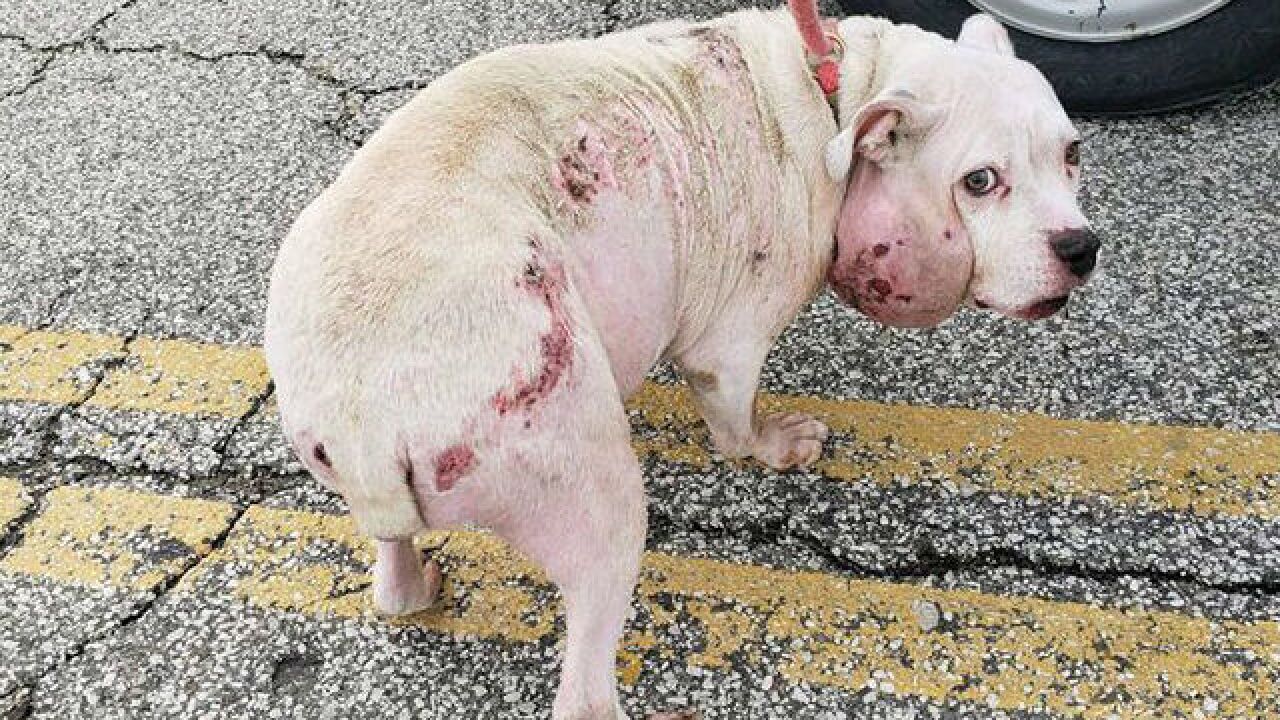 WILLOUGHBY, Ohio — The man involved in the abuse and abandonment of a dog found in near-freezing weather in Willoughby has been sentenced in Willoughby Municipal Court.

Alvaro Torres, 40, was found guilty of cruelty to companion animals, a felony, after he abandoned a female pit bull mix for days in the close-to-freezing weather, according to court records.

Willoughby police officers responded to the area of St. Clair Street and Erie Road on Dec. 4 where they found the dog named Lucy running loose in a wooded area. The dog appeared frightened but was friendly to the officers, police said.

Lucy’s appearance indicated she had been abandoned for several days in the close to freezing weather. Torres left behind a small dog cage and an old dog pillow, according to police.

The Lake County Dog Warden was able to retrieve Lucy after several attempts. She was taken to the Lake County Animal Shelter where she required veterinary care.

Torres was sentenced to 180 days in jail with 176 days suspended and placed on probation for a year.

Torres was also ordered to pay $1,390 in restitution to the Lake County Dog Shelter. He is no longer allowed to own a companion animal, court records show.

Lucy’s other owner was given a year of probation, ordered to pay $1,390 in restitution to the Lake County Dog Shelter and can longer own a companion animal, according to court records.