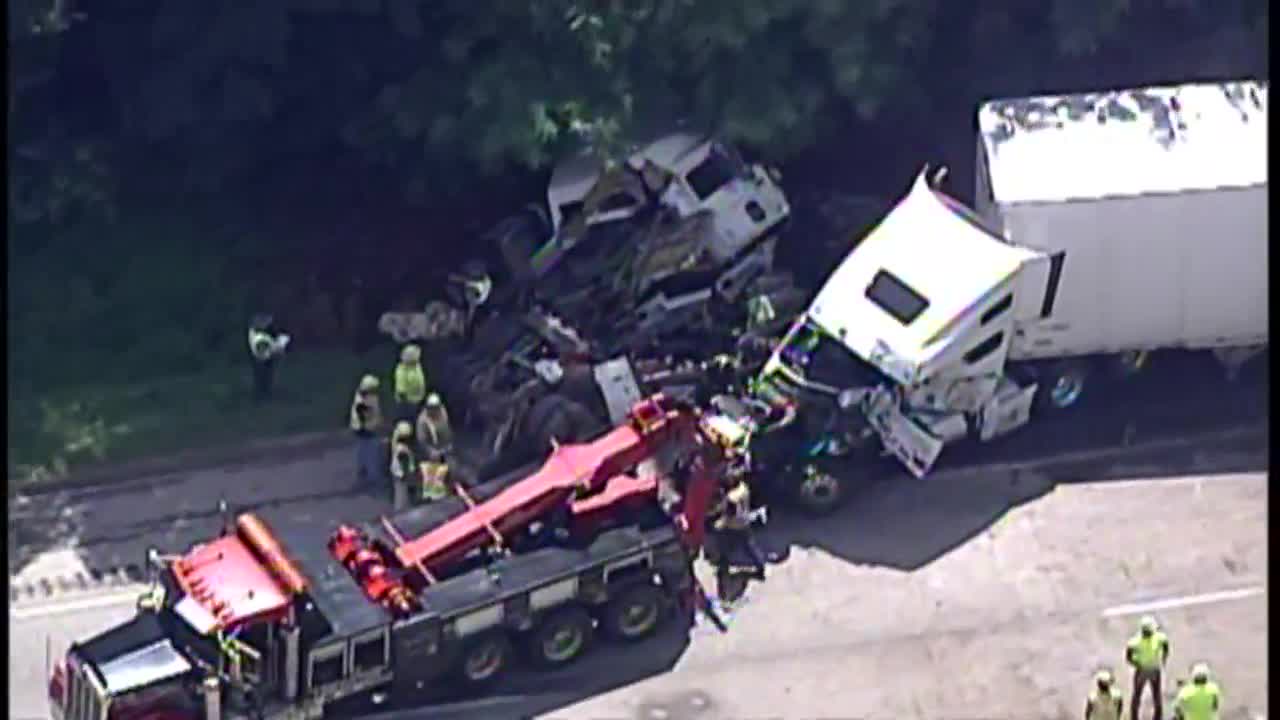 AirTracker 5 captured aerial video of the aftermath of a crash on Route 2 that closed eastbound lanes near Amherst for several hours. 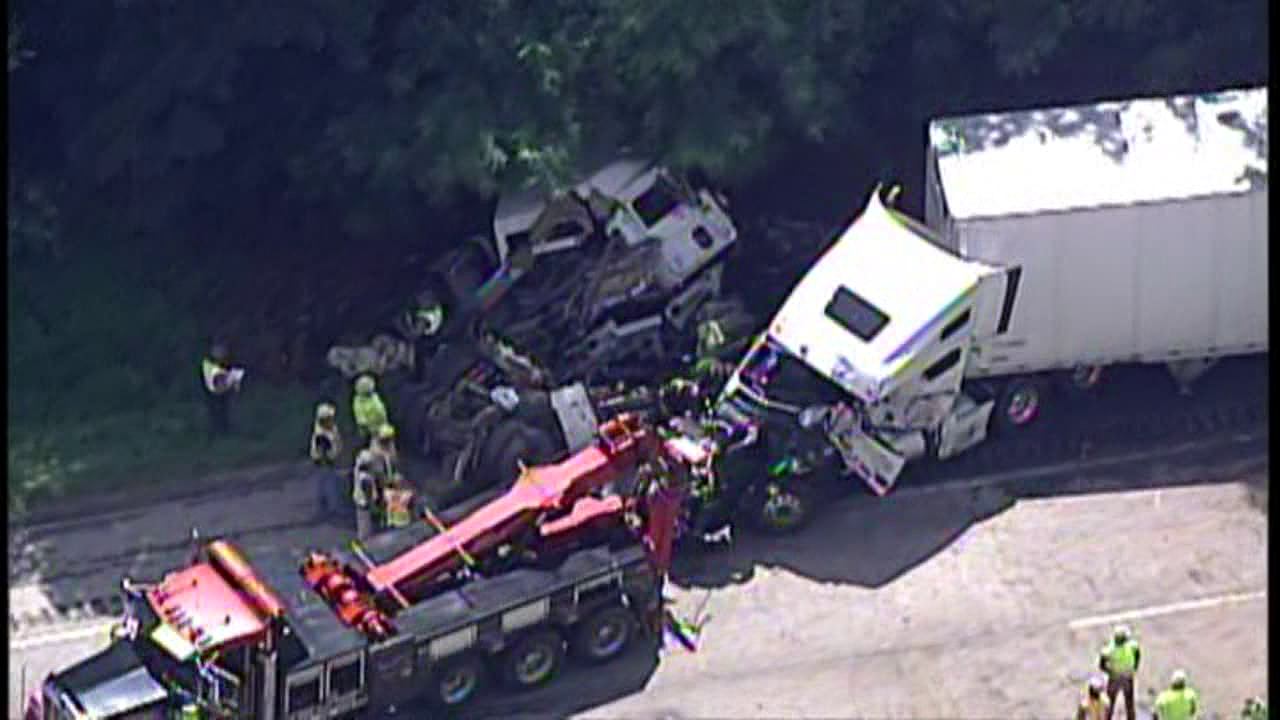 AMHERST, Ohio — The Elyria Post of the Ohio State Highway Patrol is investigating the wrong-way two-vehicle crash that occurred on state Route 2 on Wednesday morning.

Around 11:14 a.m., a 1998 International commercial tractor truck pulling a trailer was driving west on SR 2 when it went off the left side of the road, drove through the center median and struck an eastbound 2019 Volvo that was pulling a trailer head-on, troopers said.

The driver of the Volvo had to be extracted from the truck and was airlifted to a nearby hospital with serious injuries, according to troopers.

The driver of the semi was taken to Lorain Mercy Hospital with non-life threatening injuries, troopers said.

SR 2 was closed for around five hours due to the crash, according to troopers.

Troopers said one of the trucks leaked oil into a ravine and the Environmental Protection Agency was called to the scene to clean up the spill.

The crash is still under investigation.