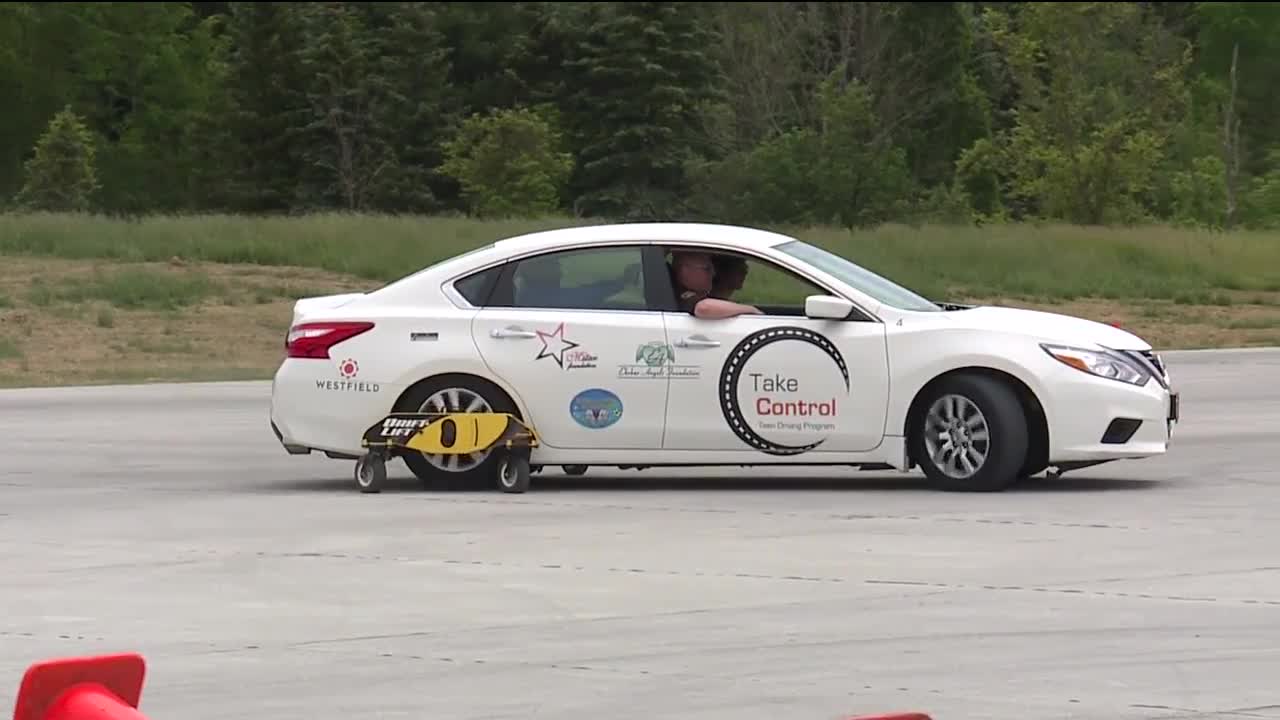 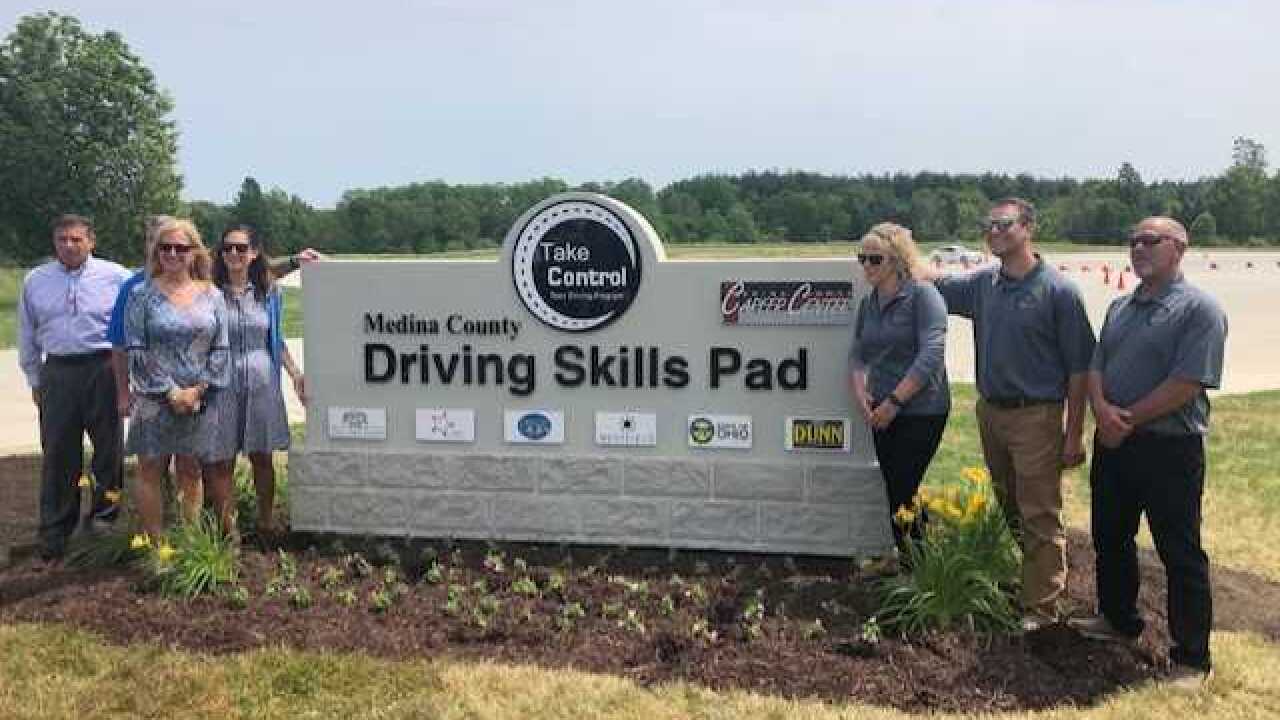 The shared cost of the project was more than $800,000, according to Montville Township Police Chief Terry Grice.

"It's so difficult to put into words what this means to not only myself, but these families," Grice said. "It's an honor to be part of them and to call them friends."

The pad will serve as the new home for the Take Control Teen Driving program. The program, which started in 2013, has given lessons to about 750 teens.

The mission is to help new drivers gain experience and confidence they need in difficult driving situations. Cars are outfitted with Drift Lift technology and instructors show the kids techniques such as emergency braking, skid and off road recovery and collision avoidance.

Medina High School student Morgan Trumpler, 16, took the class last November and it made a difference on the roads a month later.

"I experienced a skid in December and I actually knew what to do," Trumpler said. "You're not just responsible for you. It's people around you and lives around you."

Michelle Sanderbeck was killed in a 2006 accident, Jessica Schaffer died in 2008 crash and siblings Erin and Andrew Ehrbar passed away following a 2010 accident.

Money from the various family foundations paid for a portion of the new pad.

"It was like a pain with purpose. We had a purpose again and Erin and Andrew were driving us and they still do. We are so humbled and proud to be part of this," said their mother, Laura DePiero.

"If this program does save one child's life or one accident, it is well worth it," he said.

Sanderbeck's father, Ray Sanderbeck said the pain doesn't get easier over the years, but he was clearly moved by the new pad and the people committed to keep young drivers safe.

"After looking at this beautiful site, I see something that's actually made me and my family come to life again," Sanderbeck said.

Take Control is free to all licensed drivers. The class is held the third Saturday of each month.