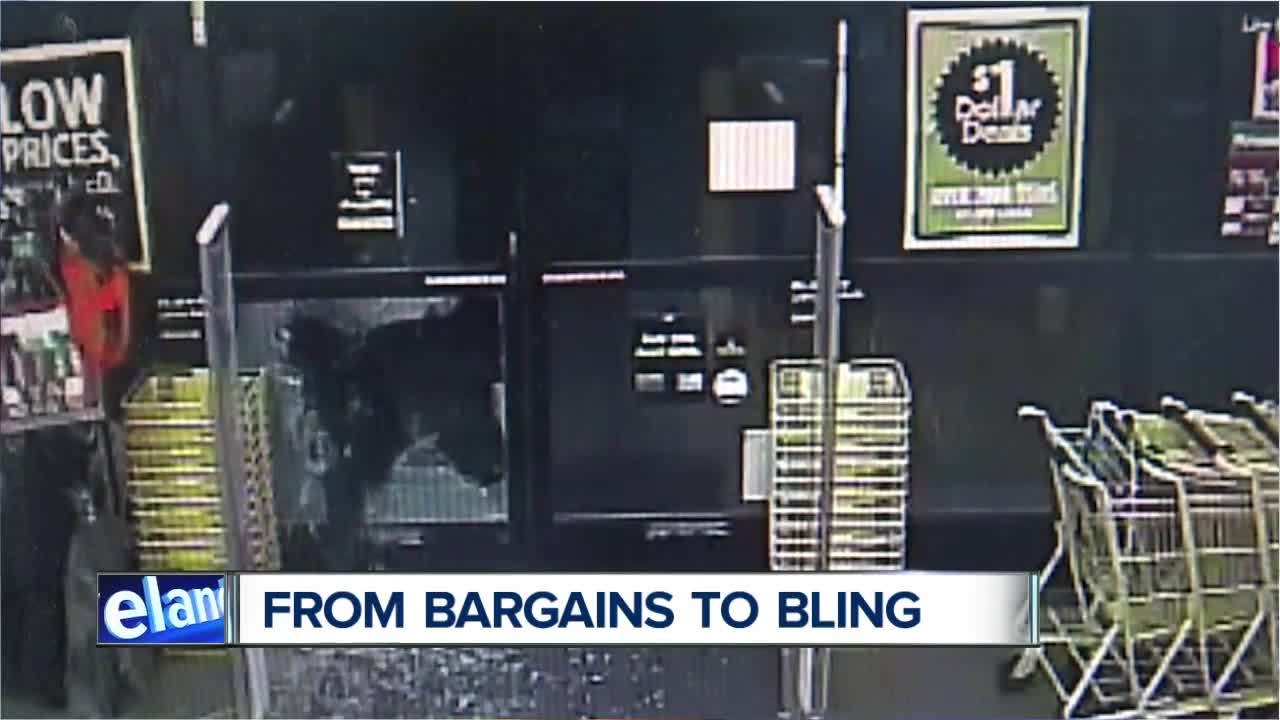 Massillon police are reviewing surveillance video and asking residents to be vigilant after smash and grab crimes at three different businesses within a week. 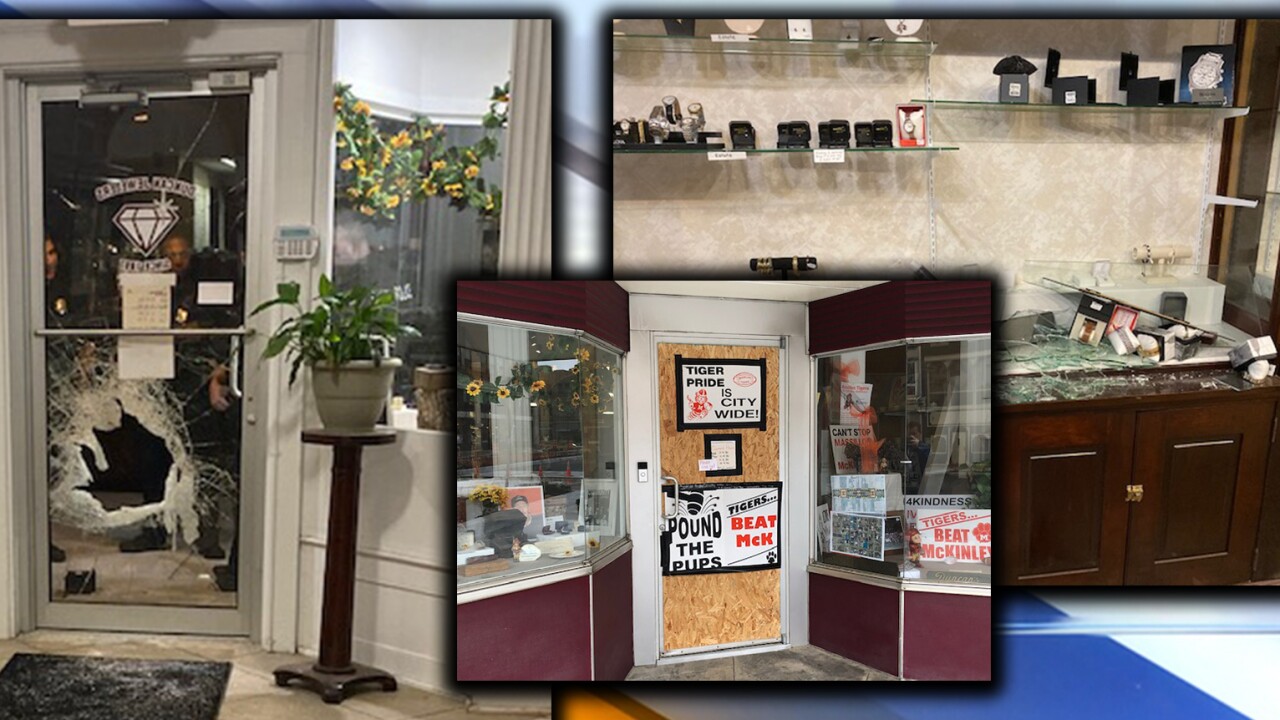 MASSILLON, Ohio — Massillon police are reviewing surveillance video and asking residents to be vigilant after smash and grab crimes at three different businesses within a week.

All of the break-ins happened in the early morning hours and detectives believe the cases are connected.

The first incident happened on Oct. 24 at a Dollar General store on Lincoln Way West. Surveillance video captured two people in dark hoodies smashing the front glass door. They stole electronics and cigarettes. One intruder slipped and fell on broken glass before racing out of the store.

On Oct. 26, a front door was also shattered at CJ Duncan Jewelers, a shop in downtown Massillon since 1897. Jewelry worth nearly $16,000 was stolen, including rings, watches and earrings, according to the owner, Brooke Longheier.

"Someone smashed through our door, crawled in, smashed two of our cases, took everything they could and crawled back out the door," Longheier said. "I think the most heartbreaking thing to me is our cases that were smashed up, they were custom built in the early 1900's.

On Wednesday, a pickup truck drove into Kay Jewelers on Massillon Marketplace Drive SW. Several display cases were shattered and expensive gold necklaces and rings were stolen, according to Massillon Detective Jason Gohlike.

The truck, which turned out to be stolen, was found abandoned. Police are not sure if the thieves ran away or got into a different getaway vehicle.

"It's terrible. Anytime somebody is willing to break out and steal somebody else's stuff, it's just a terrible scenario for everybody," Gohlike said. "We're pulling more videos to see if we can get a better view of anybody."