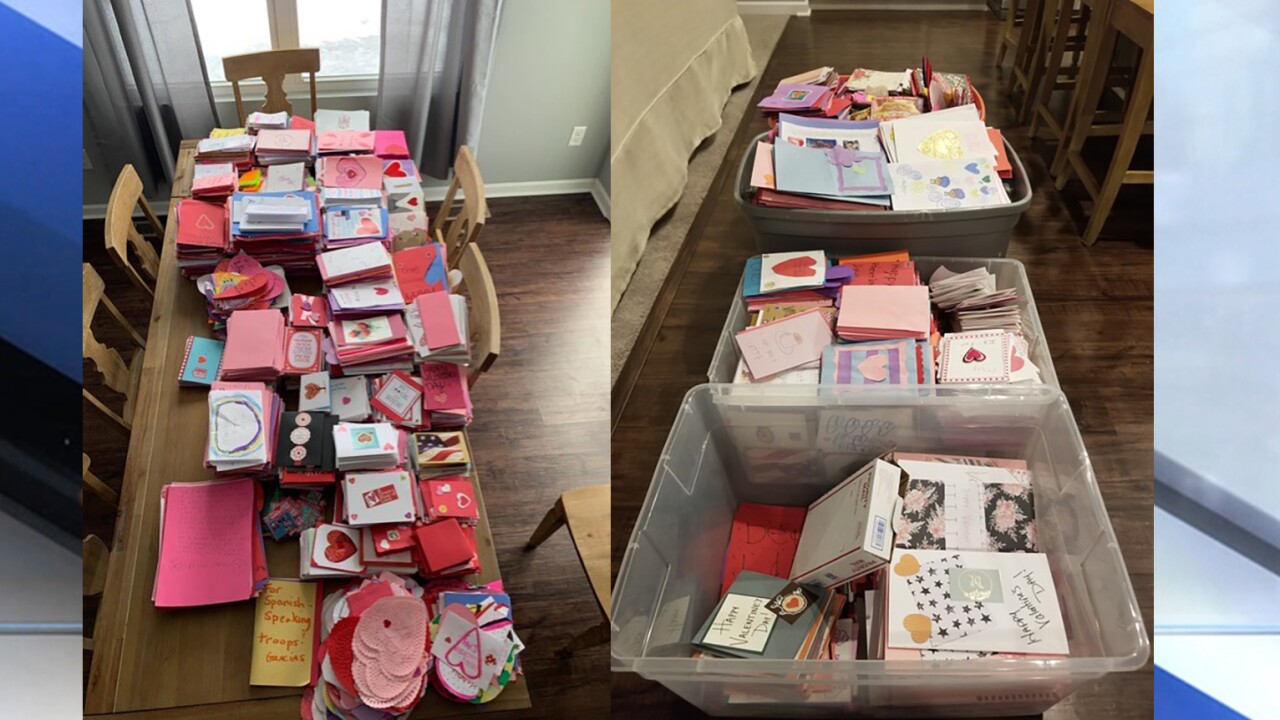 Within two weeks of launching the program on Jan. 7, McIntire and his wife had received valentines from every corner of Ohio, as well as other states including Arkansas, New York, Pennsylvania, New Jersey and Washington D.C.

“When Claire and I launched this initiative, we thought we would receive, at most, 1,000 valentines, given the short two-week window to accomplish our mission," he said. "To our surprise we began to get flooded with emails and phone calls from all around Northeast Ohio asking for details on how to get valentines to us.”

McIntire, who is an Iraq War Veteran and a Purple Heart recipient, knew how it felt to be deployed overseas in 2007 away from family.