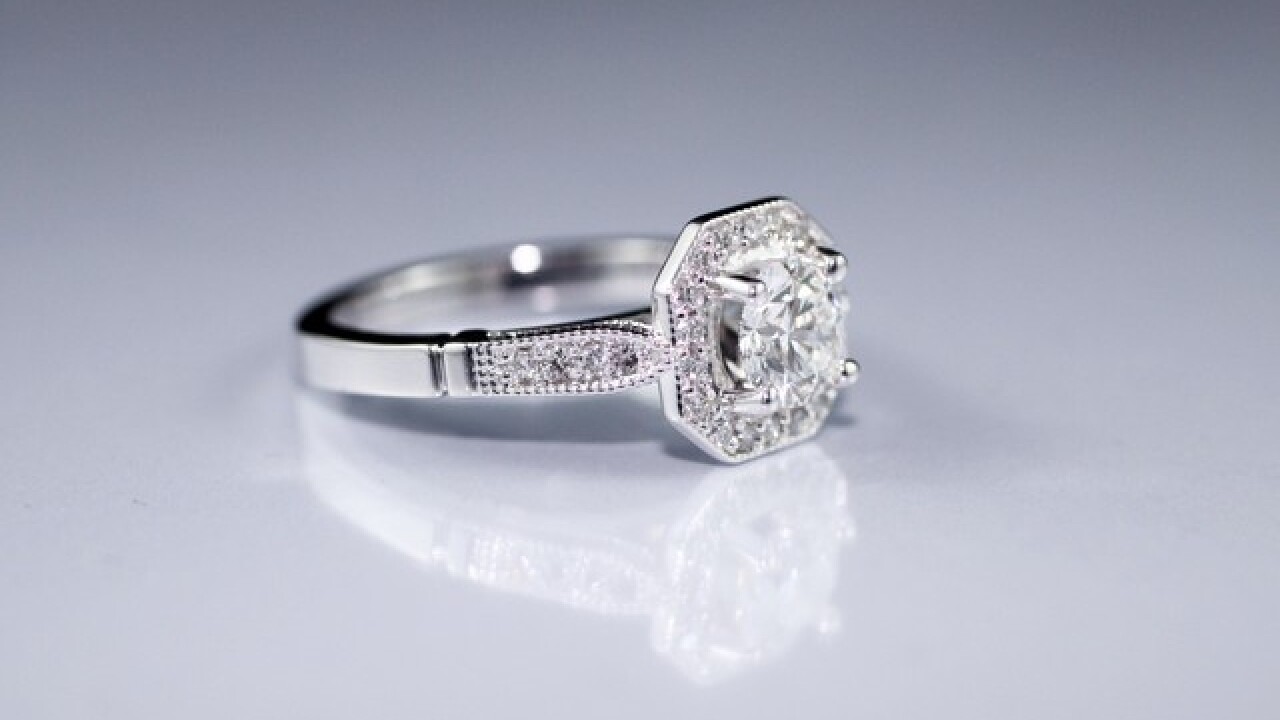 Two males entered a Jared jewelry store in Cuyahoga Falls with a hammer in hand Saturday afternoon and stole several diamonds, according to police.

The alleged thieves went into the store located at 380 Howe Avenue around 2:56 p.m. According to police, one of the suspects used a hammer to smash the diamond display case made of glass near the center of the store. He reached through the broken glass and grabbed several diamonds, authorities said.

Both suspects immediately left the store, and their whereabouts are currently unknown, according to officials.

Police said store employees are working to determine the exact value of the stolen diamonds.

No customers or employees were injured during the theft.

A similar theft happened at another Jared store location in Copley last month. In that incident, surveillance video shows four teens entering the store located at 3900 Medina Road with hammers and smashing the glass display cases. Police said they stole diamond necklaces and a pair of earrings before bolting from the store in less than 20 seconds.